In Yakuza spin-off Judgment, a detective’s work is never done.

That’s mainly because I’ve spent as much time taking selfies with cats and messing around in the in-game arcades as I have chasing the city’s eye-gouging serial killer. Not that following the game’s storyline precludes such shenanigans; one minute you’re searching an eyeless corpse for clues, the next you’re pursuing a pop idol’s runaway toupee. In fact, these tonal shifts can be quite jarring, more so than in the Yakuza series. But that’s the worst criticism I can level at Judgment; despite switching up the typical Yakuza gameplay, it’s every bit as entertaining as the series that spawned it.

Judgment casts you as lawyer Takayuki “Tak” Yagami, who left his profession after one of his clients turned out to be guilty, and now works as a detective. The game’s first two chapters lull you into a false sense of security, giving you the impression that you’re going to be handing a different case in each chapter. But in fact, while there are plenty of side-cases, there’s one multi-strand narrative that runs throughout the whole game. You can play the game with either Japanese or English voiceovers, and while purists will no doubt go for the former, the quality of the English voice acting is excellent. The banter between Tak and Kaito is worth the entry price alone.

Tak technically still has his lawyer’s badge, but don’t count on spending much time in the courtroom. This is a game where your detective skills count more than your ability to bellow “Objection!” and poke an invisible man in the eye. One memorable mission was when, after having been ripped-off by a bartender and her husband, I resolved to get my revenge. Judgment does lead you by the nose, and completing your initial investigation is sometimes a matter of sweeping over the appropriate on-screen hotspots. But that didn’t diminish the rush I got from following her through the streets, or the gleeful joy I felt when I caught her embracing her gigolo and used the photographic evidence to get my money back. 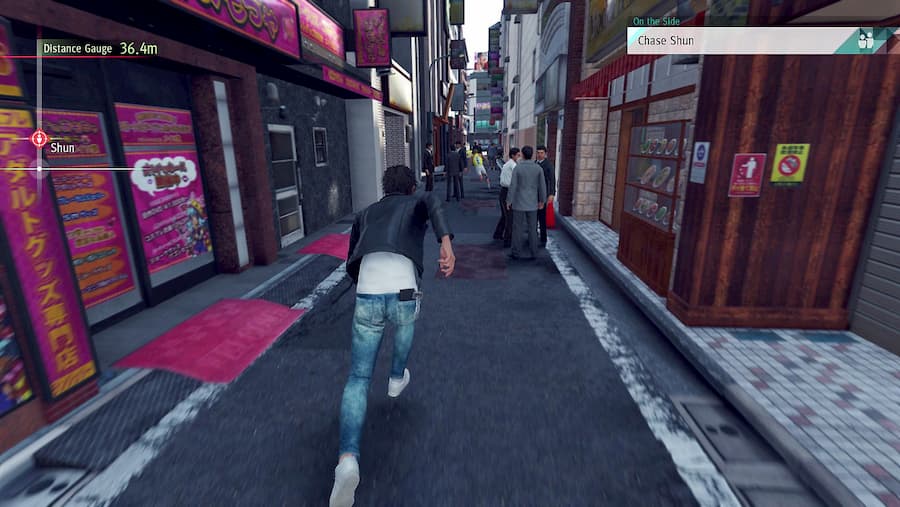 Following people is a key part of the game and, given that the Yakuza engine is built around fighting, Judgment pulls it off surprisingly well. Tak seems to be the only person in Toyko’s fictional Kamurocho district who actually wears a leather jacket, which you’d think would make him easier to spot – but the game’s relatively generous in that regard. But not knowing when or where your quarry is going to turn around will have you constantly on edge. You can be sitting smugly out of view behind a bin, only to start panicking when you realise your quarry is walking purposefully towards your position.

You’ll get just as much joy from delivering justice through other means, but punching villains in the face then smacking them over the head with a signpost is still part of the Judgment experience. But what’s particularly clever about Judgment’s combat is the way that certain critical hits, usually delivered by the game’s stronger enemies, will inflict a “mortal wound”. Less fatal than their name suggests, mortal wounds damage your maximum health. Take enough mortal wounds and you’ll be fighting at half health or lower, until you can heal the wounds with a health kit. 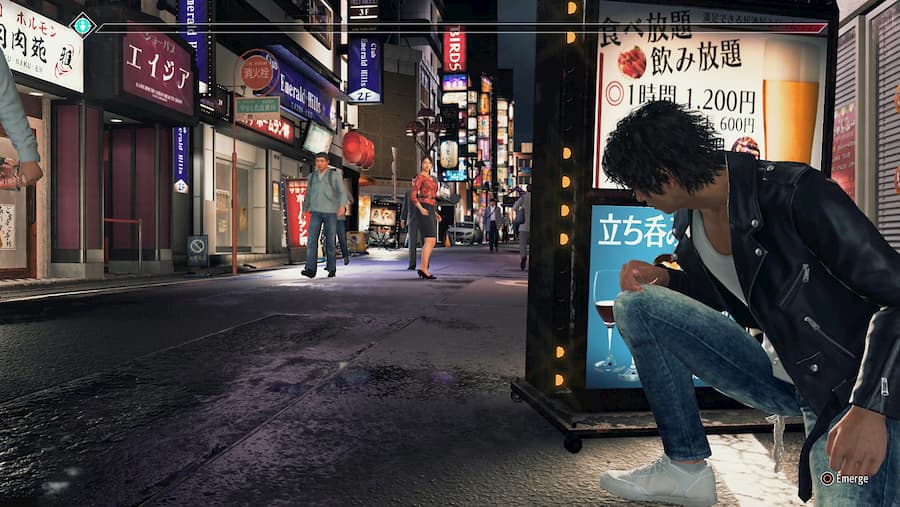 It’s a neat system unique to Judgment, and while it may seem annoying at first, it makes perfect sense in the context of the game. Tak may be a badass, but he’s not in the same league as Kazuma Kiryu, even when you’ve started powering up his abilities. That said, there were one or two moments where I wondered why Tak and his ex-Yakuza friend Kaito chose not to fight their way out of situations, even though Tak had faced and beaten as many foes on his own. And while you’ll still get approached by strangers on the street, being able to pick up and pursue actual detective work makes the game’s side-quests far more fulfilling.

Judgment is more than “more Yakuza”; it’s a markedly different beast that, despite using assets from Yakuza 6, re-introduces you to Kamurocho through a new set of eyes. Tak is brasher, smarter, and more inclined to use brains than brawn, and the characters he goes up against are surprisingly grounded. Altogether, it’s a thoroughly delightful detective adventure. If this is the start of Tak Yagami’s journey then I’m happy to be along for the ride.

Now, if I can just get to the Puyo Puyo machine past this pile of corpses…

Judgment is available on PS4.