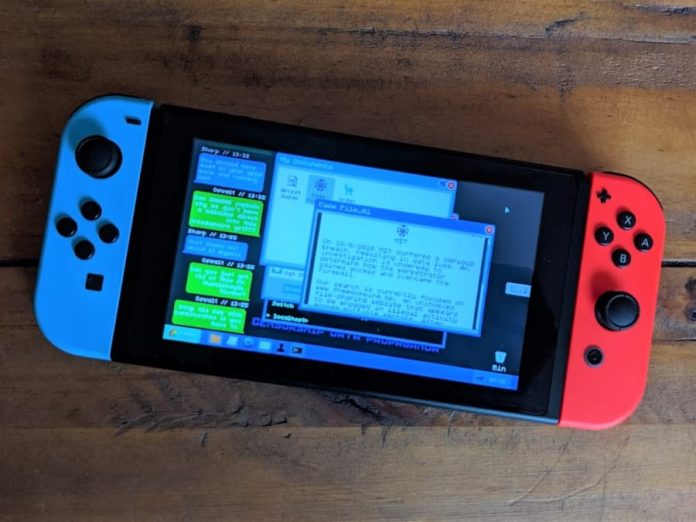 Mainlining, a game about hacking and surveillance set within a parody of Windows XP, released on PC back in 2017.

We reviewed it at the time, lauding its clever political analogies, its nostalgic and entertaining take on computing, and most of all its compelling story and gameplay. Now, the game has been ported to Switch, opening it up to a new audience – and of course the one key thing that Switch offers over any other format: portability. When we revisit games after they’ve been released on Switch, there’s usually a common theme in our coverage: we often say the Switch version is the best way to play the game. Unfortunately, that’s not the case with Mainlining. 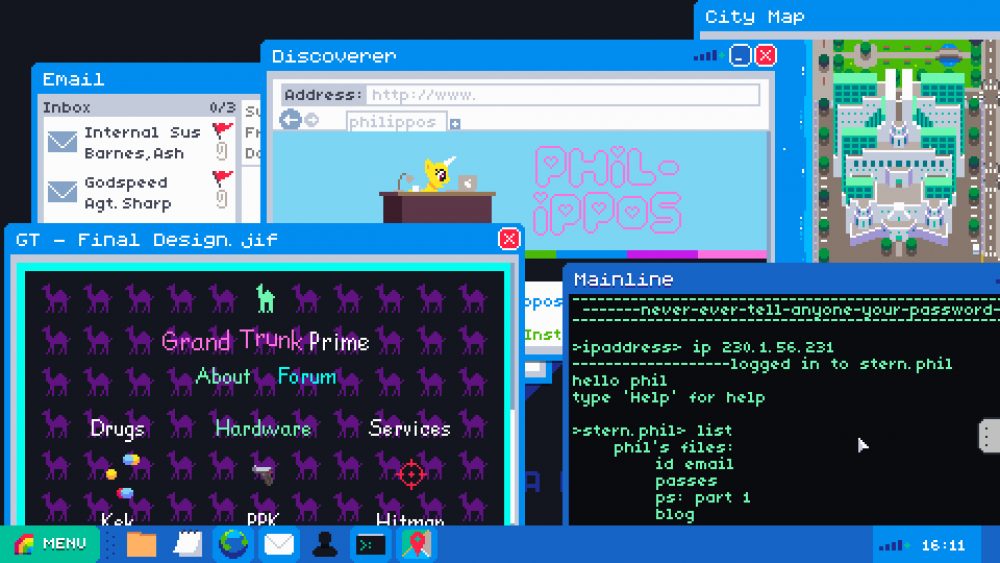 Being set in a faux-desktop environment, your main input in Mainlining is via a mouse cursor. On Switch, that means using your left analogue stick to move it around, and use one of the face buttons to click on an icon to interact with it. Called ‘Rainbows’, the game’s unique operating system is a spoof of Windows XP, complete with small ‘X’ icons to close windows, browser tabs, a task bar and other nuances we take for granted on a desktop PC. The trouble is, on the Switch’s six-inch screen, everything is very small, requiring a lot of precision with the mouse pointer. And controlling a mouse pointer with a controller is never fun at the best of times.

Mainlining also requires quite a bit of typing in order to progress through the game. Whether it be a password, a console command or even just a website address, using the on-screen keyboard on Switch is uncomfortable and clunky.

Of course, you can use the Switch’s touch screen to make all the inputs, but navigating the multiple windows of Mainlining, typing on a very small keyboard and trying to accurately press buttons much smaller than your finger all becomes quite a headache. It only takes a few minutes with Mainlining to see what an intriguing game it is – but it only takes a few minutes more to realise how much easier the game will be to play on an actual PC. 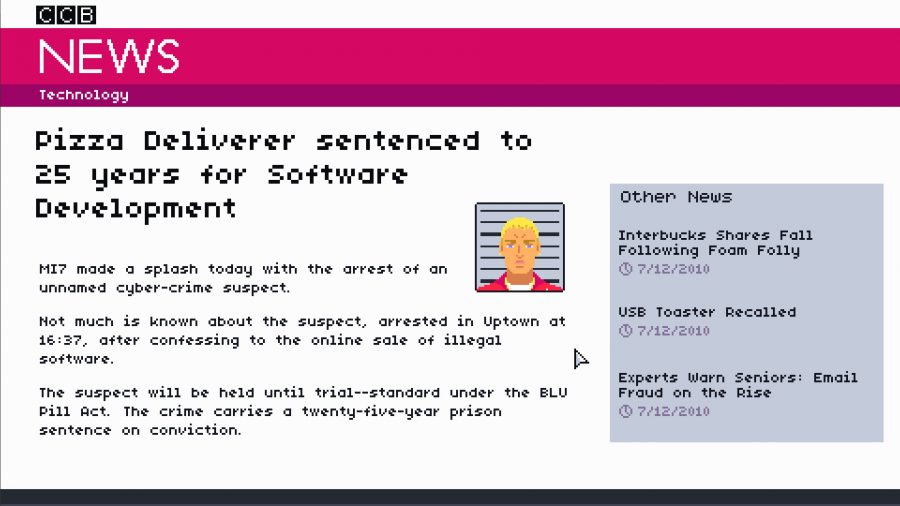 A detective game at heart, Mainlining wastes no time in throwing you straight into the action. Working for a new government division known as MI7, your first task is to investigate a serious system breach. That means snooping on a notorious file sharing website, and trying to figure out the real identity of one particular user. Instantly, you’re embroiled in an intriguing world of illegal web activity, hacking and prying into dark corners of the internet. It’s the sort of story you want to dive head-first into; typing in commands, visiting websites and interacting with emails and chat messages. But the Switch’s limitations means that each of these activities takes much longer to do than it would on PC. What should be an exhilarating cyber-chase becomes a laborious lesson in data input.

Mainlining is a fantastic proposition, and a cyber-adventure well worth playing. But for once, give the Switch port a miss. If you want to get the most out of this game, do yourself a favour a pick it up on PC instead.