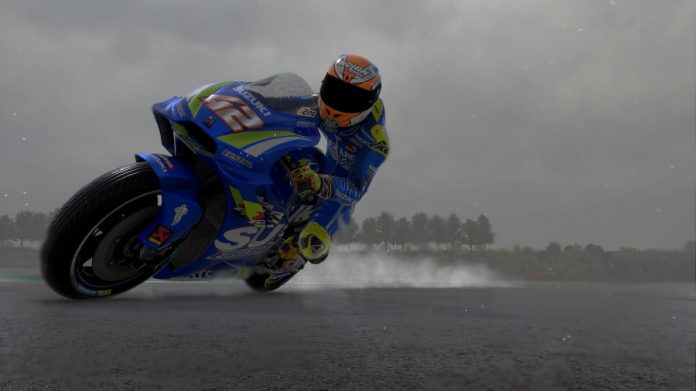 There are now plenty of solid motorbike racing games available, and after last year’s slightly disappointing MotoGP 18, you might be apprehensive about picking up its follow up. But you shouldn’t be, because MotoGP 19 is very good indeed.

On the surface MotoGP 19 may not look all that different from its predecessors, but underneath it has been revitalised. It feels more intuitive to play, looks and sounds nicer, and has more content and features than ever before. It might even possibly be the best MotoGP game ever made.

Career mode is the main meat of game, and this time you have the choice of both Standard and Pro careers. Even better, though, is the fact that you can now jump straight into Moto2, Moto3 or MotoGP rather than work your way up from Red Bull Rookies. Those who start at the bottom will find MotoGP 19‘s career a more engaging and rewarding experience overall, however, as you’ll need to meet team expectations to progress. And once past the Red Bull Rookies Cup you’ll also have to effectively manage the research and development of their vehicle to remain competitive.

Those who opt for the Pro career will indeed find themselves challenged. With limited assists available and restarts disabled, progression will truly be down to skill and the player’s ability to fine-tune their bike. A full race weekend for each event gives plenty of opportunity to get prepared for the main event, but free practice sessions, qualifying sessions and warm up races can be skipped if you want to hurry things along. Overall, MotoGP 19‘s career mode doesn’t offer anything out of the ordinary, but it is enjoyable nonetheless. 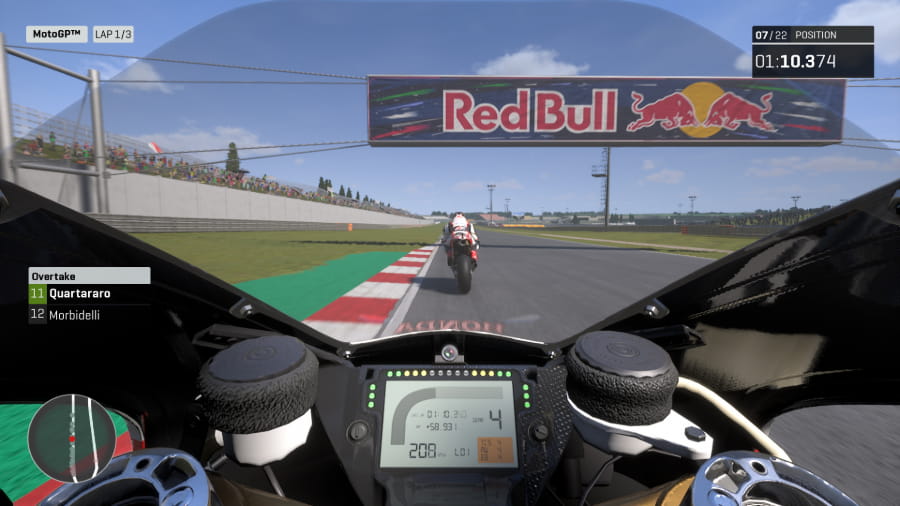 Aside from its career mode, MotoGP 19 also has a Quick Race mode that allows you to quickly set up Grand Prix, Championships and Time Trials on your own terms. You can choose riders and bikes from MotoGP, Moto2, Moto3 and Red Bull Rookies Cup, as well as Moto-e, MotoGP 4-stroke and 500cc 2-stroke. 19 official tracks are included, and there are also three additional historical tracks to master. I’m sure you’ll agree that that’s plenty to go at.

But perhaps the best surprise in MotoGP 19 is the new Historical challenges mode. 60 challenges are available across four categories: 500cc heroes, The Dawn of the MotoGP, Great Rivalries, and The Modern Era. Each challenge places you at the heart of a real world situation, tasking you with completing a specific objective. Gold, silver and bronze medals are awarded based on your performance, and for each medal you obtain you unlock a piece of content. Players will have a great deal of fun trying to unlock everything that’s on offer. 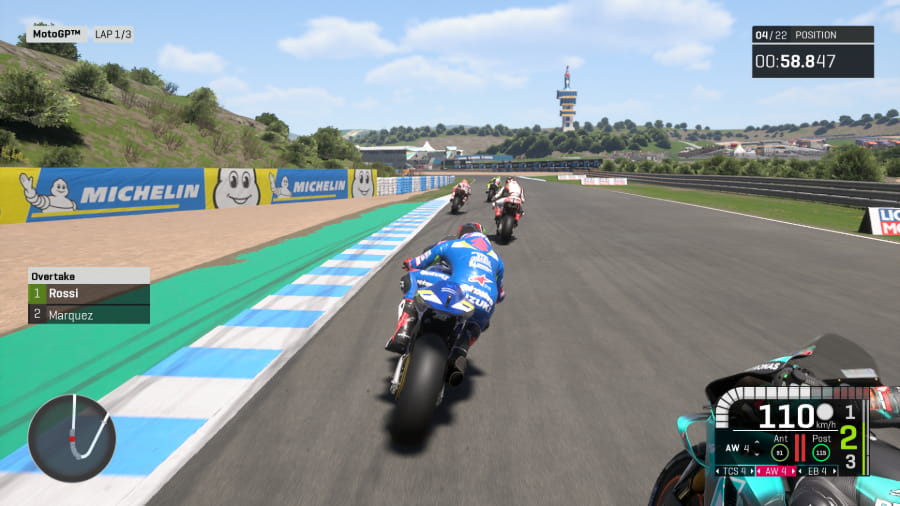 Online multiplayer also makes a return, and the basic offerings are bolstered by a new Race Director feature. It’s not really my cup of tea, but if you’ve ever wanted to manage a MotoGP event, deciding whether to give penalties and choosing the starting grid etc., you’ll get some mileage out of it. Also new to Moto19 is a graphics editor, which allows you to create your own designs for helmets, numbers and rider stickers. You can use them both on and offline, and can even download those made by others. If you just like to race, like me, you probably won’t spend too much time checking the feature out, but those who like to be creative will surely appreciate it.

It’s in the actual act of racing that MotoGP 19 really impresses. The animation of riders has been noticeably improved, and now seems much more natural. The same can be said of bike handling. MotoGP 19 feels more intuitive to play than any MotoGP game before it, giving you confidence to push your bike to its limits as you speed around each track. It also helps that there are plenty of assist options and a difficulty slider, as usual. Anyone can pick up MotoGP 19 and have fun with it, no matter their skill level. 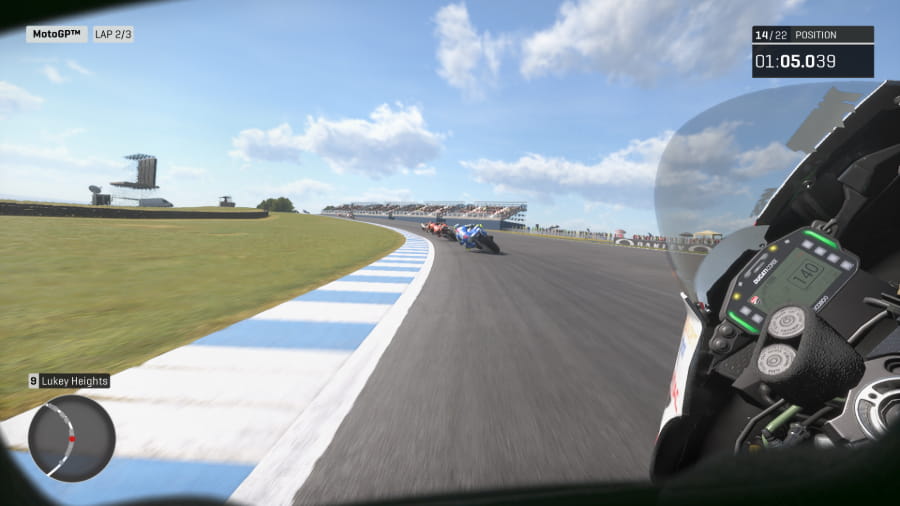 Anyone that has played a previous MotoGP game, however, will be most pleased with MotoGP 19‘s new neural AI. Your competitors don’t just travel around the track like drones anymore; they’re now more spread out, and sometimes make mistakes. They appear to be more human, mindful of your actions. It makes each and every race unpredictable and exciting. Now more than ever, MotoGP 19 feels like the authentic experience it aims to be.

Without a doubt, a MotoGP game has never looked or played better. On Xbox One X, MotoGP 19 nearly looks real, and performance is silky smooth. Even the menus have been made easier to navigate and spruced up to inject more joy into the game. Milestone has pulled out all the stops to make MotoGP 19 a worthy follow up to last year’s game, and it has succeeded.

Whether you’re a fan of MotoGP or motorbikes in general, MotoGP 19 should be at the top of your list when picking up a new racing game. It may not have the variety of bikes offered by the RIDE series, or offer the tension of TT Isle of Man – Ride on the Edge, but none of those compare when it comes to the actual act of racing. Thanks to a number of meaningful improvements, MotoGP 19 offers the most authentic motorbike racing experience you can get. And there’s enough content to keep you happy for a long while.

MotoGP 19 is available on PS4, Xbox One and PC. We reviewed the Xbox One version.