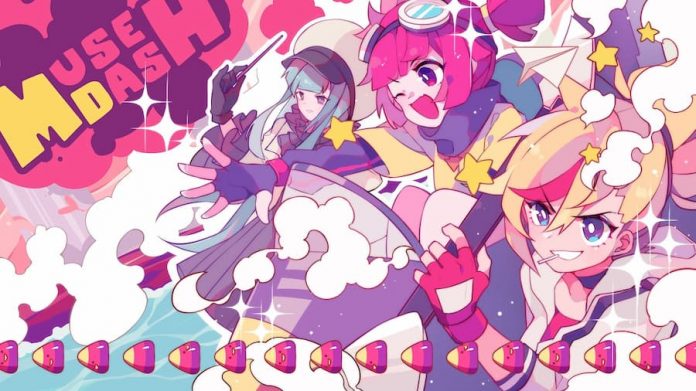 Released on Switch this month, Muse Dash combines the platforming of an endless runner with a rhythm game.

But there’s only one real thing you need to know about Muse Dash, and that is it’s a hell of a lot of fun.

Muse Dash is absolutely packed with music tracks. Separated into a number of albums, you’ll unlock new songs as you play, gaining XP for your performance. There’s a total of 97 in the Switch version, and the game’s store page says “stay tuned for continuous free updates”. Phew.

The gameplay is simple, with only two buttons utilised. Enemies appear on two tracks; one button will attack the enemies on the top track, and the other attacks those on the bottom. There’ll also be some obstacles for you to jump over, and long notes that require you to hold down one or both of the buttons. Of course, this is all in time to the music.

What’s great about Muse Dash is that it suits everyone, regardless of their ability. Stick the game on easy, and you’ve got a pleasant two-button experience that takes literally 30 seconds to get the hang of. Pump a track up to a harder difficulty, however, and it’s a fast-paced beast that’ll give even the most rhythmic being a run for their money. 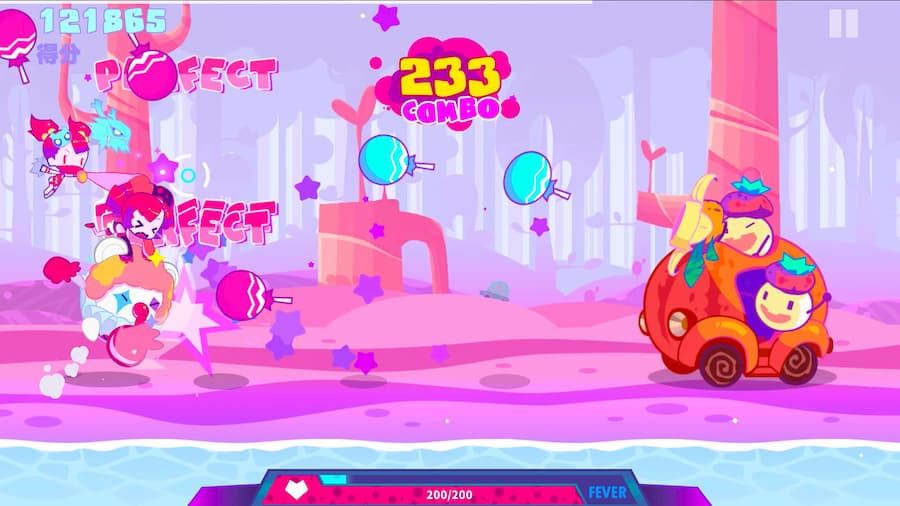 The music included in the game is pretty much what you’d expect from a Japanese music rhythm game. The songs on offer cover a variety of genres, and there’s very little that won’t have you tapping your foot or bobbing your head along to the rhythm.

The presentation is one of the most charming things about Muse Dash, though. Bright, bold and full of life, its 2D characters and enemies ooze personality. You’ll almost not want to attack the creatures you’re waging musical war against; they’re all so cute! Its format as a platform game makes a welcome change from most other rhythm games that often take on a more abstract form.

If you enjoy clicking buttons in time with music, pick up Muse Dash. It’s adorable, packs in a great deal of content, and will keep you bobbing away to its excellent and varied musical selection for hours. It’s £26/$30 on Switch, or you can pick up the game on Steam with a limited selection of songs for just £3 (!). You can’t go wrong either way.