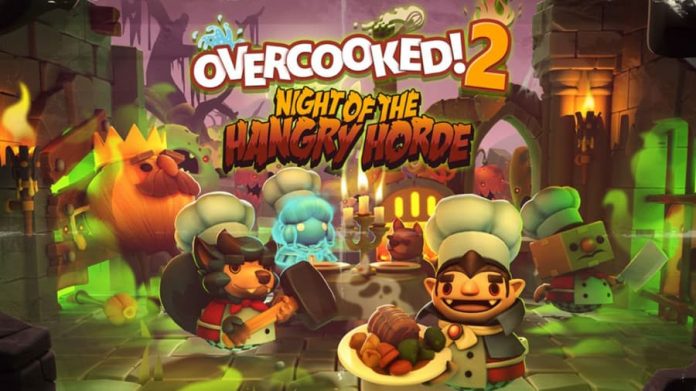 Still playing Overcooked! 2? If not, Ghost Town Games and Team17 have just released some fresh DLC that might draw you back to it.

Night of the Hangry Horde adds yet more recipes to the game, four additional chefs, twelve spooky new kitchens and eight new horde wave levels. I’m sure we can all agree that it sounds like a tasty treat that will leave us stuffed.

You don’t need to spend money to find a reason to revisit Overcooked! 2, however, as a free piece of DLC has also just been released. The All at Sea Chef Pack introduces multiple new chefs for you to play as. So, if you’ve ever wanted to cook as a mermaid, a narwhale, a shark or a pirate, get it downloaded right now.

Overcooked! 2 is available on PS4, Xbox One, Switch and PC. Why not read our review of the game?