There’s a scene in time-looping movie Triangle where a character stumbles across the corpses of her less fortunate selves.

If Outer Wilds presented me with my collected failures there’d be a mountain of corpses so high even the most experienced mountaineer couldn’t scale it.

I’ve experienced a wide range of virtual deaths, ranging from the horrifying through to the mundane, but this space-exploration game is such a superb experience that I’ve never resented it cutting my interplanetary jaunts short. Like Triangle, Outer Wilds features a time loop that prevents your demise from being permanent as you seek to undercover the mysteries within the game’s seven-planet solar system.

Seven planets may not sound like a lot, but they’re so diverse in design (though lacking in wildlife) that you can spend hours just marvelling at them. They’re light years away from No Man’s Sky’s pretty but repetitive worlds; here you’ll encounter a hollow planet built around a black hole, a planet made entirely of vines and more.

You’re free to land your spacecraft on any of these and roam around in your spacesuit. True, they might not stand up to scientific scrutiny but when you’re teetering on an ancient ruin, gazing down at the black hole’s event horizon, you’ll be too taken by the spectacle to nitpick. On several occasions I met my demise because I was so engrossed in exploring that I didn’t notice that my spacesuit was nearly out of oxygen. 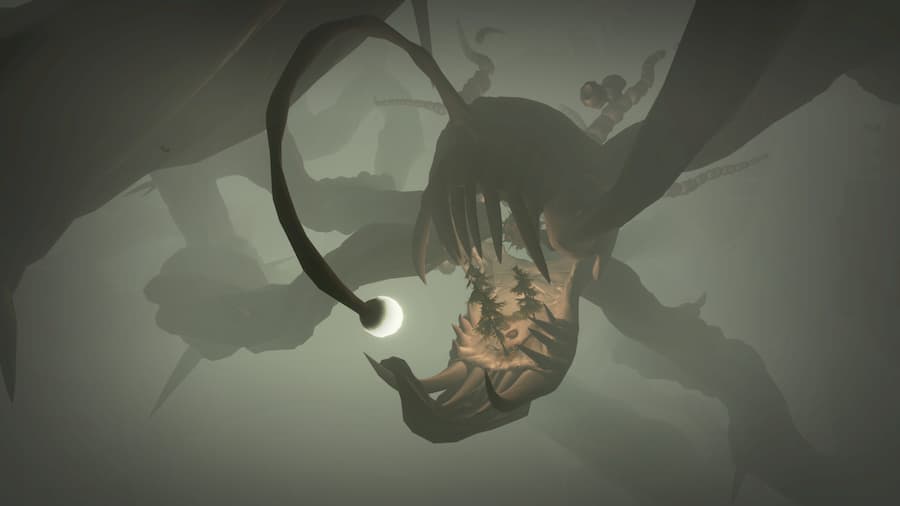 In fact, most of the times I died in Outer Wilds it was my own stupid fault. You’re provided with an autopilot but half the fun of playing Outer Wilds is landing your rickety-looking but surprisingly durable ship on each planet. On several occasions I didn’t slow down enough and ended up slamming into the planet at high velocity. Then there was the time I foolishly landed within range of a massive waterspout, thinking it was just static scenery. Five minutes later, I watched the waterspout scoop up my spaceship, flinging it off into space.

Outer Wilds is full of unexpected moments like this; some spectacular, some strange and some just plain shocking. Your mission is supposedly to discover what happened to the solar system’s previous occupants but just pottering around without any real purpose is a lot of fun. Actually uncovering the artefacts can be rewarding but mainly it serves as an excuse to poke around on each planet, your quest taking you to areas that you might not have otherwise uncovered.

I was more motivated by tracking down my fellow explorers who, while their lines aren’t voiced, have some great stories to tell. Even though you’re not your planet’s first space explorer, the conversations you have make you acutely aware that you’re carrying your species’ hopes and dreams on your shoulders, as you slam into a comet you weren’t paying attention to. Exploration aside, there’s a smattering of puzzles in the game, left behind by the previous civilization which are another entertaining diversion. 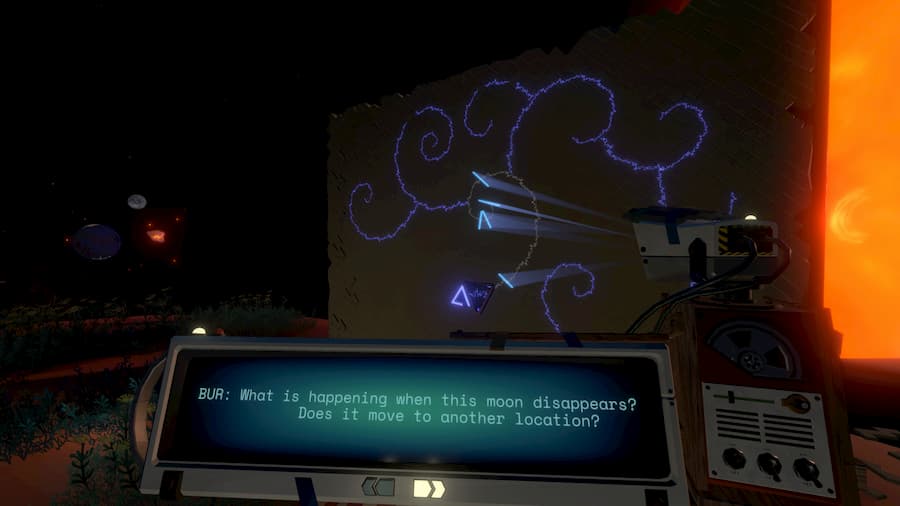 Outer Wilds’ Groundhog Day-style time-loop may serve to safeguard your life but it can sometimes be irritating. Even if you don’t die, the loop resets after about 25 minutes (for reasons you’ll discover) meaning that you can be deep inside a planet, refilling your oxygen tank from the trees and then suddenly find yourself yanked out. Likewise, your ship’s computer does save your quest progress but if you exit the game (there’s no manual save) you’ll restart at your home base. The idea of investigating a time loop and finding its cause sounds interesting on paper but here it doesn’t add anything to the game.

But ultimately, Outer Wilds is about the journey, not the destination. While there’s only the one solar system, there’s so much to do, and as you roam the solar system in your half-rocket half-shed spaceship, you won’t want the journey to end. Each new trip brings with it spectacular discoveries, things you may have overlooked even though you’ve set foot on the same planet several times.

Each new discovery or observation brings with it a real sense of joy and wonder and the pleasing notion that you’re the first person to behold each particular oddity. It may not have the grand scale of some other space exploration games but, frequent deaths included, Outer Wilds is such an enthralling excursion that you’d be mad to miss out.

Outer Wilds is available on PC and Xbox One. We reviewed the Xbox One version.