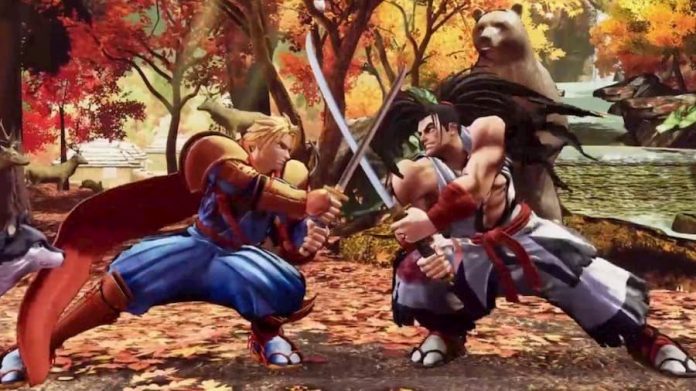 The Samurai Shodown series has its fans, but it’s not as well known as the likes of Street Fighter or Mortal Kombat, which is perhaps why it has been rebooted.

Simply titled Samurai Shodown, pixels are once again out in favour of polygons for this new beginning, but it isn’t, thankfully, Samurai Shodown Sen. Not only is Samurai Shodown an enjoyably old-school fighting game with responsive controls, but its character models and environments come with a highly stylised comic book look that is quite frankly gorgeous.

In terms of content, Samurai Shodown isn’t generous, but it’s not exactly tight, either. Its roster comprises of 16 very unique fighters, each one with four different colour variants. Fan favourites such as Haohmaru return, as well as some scantly seen characters such as Shiki. And there are some new characters too, including the powerful Darli Dagger, whose serrated blade is truly to be feared. You’ll battle as or against them all on 13 stages, which aren’t the most impressive you’ll ever stain with blood, but are colourful nonetheless. They’re just a bit lifeless and static.

When it comes to modes, Samurai Shodown has just about what you’d expect. Story mode allows you to see each character’s journey through to an end, but it’s little more than an arcade mode really. In the practice menu you’ll find a helpful tutorial that lets you learn all of the game’s mechanics as well as a free training mode, and in the battle menu you’ll find versus, gauntlet, survival and time attack modes. All nice modes to have, but not surprising in the slightest. More interesting is the Dojo menu, in which you’ll find Ghost Battle and Ironman Challenge modes. 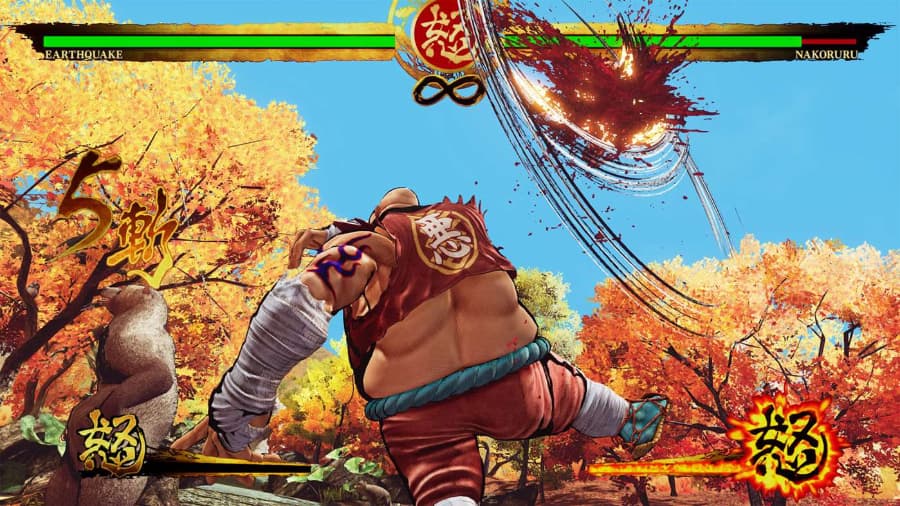 In Samurai Shodown, every battle you take part in is analysed to create your “ghost”. You can then battle against your own ghost if you wish, or against other players’ ghosts in Ghost Battle. It’s more interesting than fighting against the CPU – it’s like fighting real human opponents, only less dependent on you having a good connection and without the danger of your opponent rage-quitting. All you have to do is download an opponent’s ghost data and away you go. The Ironman Challenge tests your ability to go up against 100 ghosts in a row.

There is, of course, online play too. Samurai Shodown lets you take part in ranked and casual matches and, if you want something a little different, Team Battles are also available. We haven’t been able to test online play extensively, but first impressions are good. Fight against someone with a good connection and the results should be very smooth indeed.

What really sells Samurai Shodown is its gameplay. It seems fairly basic on the outside, but it has bucketloads of depth. It has a four button attack system, with you capable of performing light, medium and strong slashes as well as a swift kick. Special moves can also be performed with swift motions, and pretty much all characters share the same inputs. Even the game’s super special moves are pulled off the same way for every character. But someone who masters the game will run rings around those who haven’t. 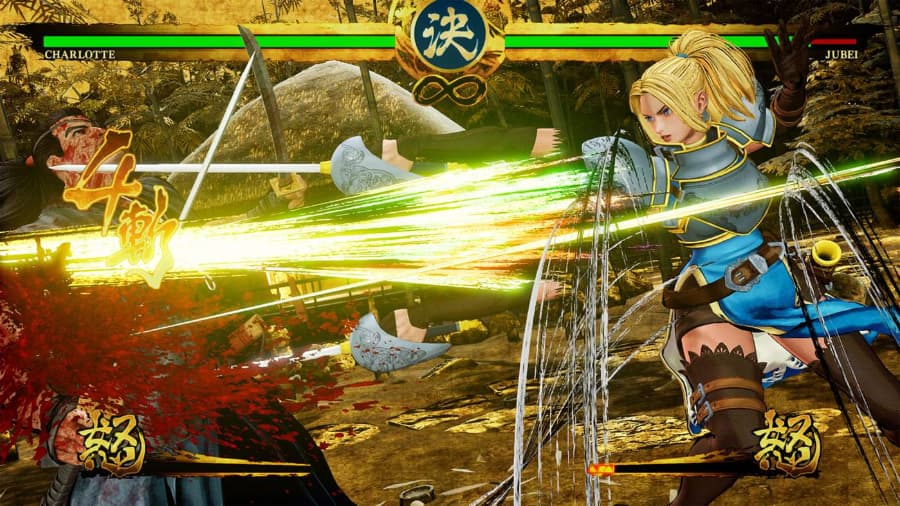 Advanced mechanics like Stance Break, Just Defence, dodging and counters allow players to avoid taking damage, create some space and possibly disarm their opponents, giving them the upper hand. Winning a sword clash or performing a rage-consuming weapon flipping technique can also disarm your opponent, forcing them to attack with their fists until they can reclaim their blades from the floor or grab your via a blade catch. It makes for some pretty unpredictable battles.

In addition to the weapon flipping technique, the rage gauge also allows you to enter a temporary powered-up state in battle, which can be cut short by a powerful Lightning Blade attack. Once used, however, the rage gauge disappears, preventing you from using other rage-fuelled actions, including the aforementioned super special moves and weapon flipping technique. Will you sacrifice your rage to cause a swift yet serious blow to your enemy? It imparts an element of strategy to every battle.

Samurai Shodown‘s bouts can be fast and furious or tense and drawn out depending on who’s playing. When advanced mechanics aren’t brought into play, health bars are decimated by heavy slashes and special moves. When moves are blocked, dodged and countered and swords are frequently removed from players’ hands, however, victory will truly feel earned. 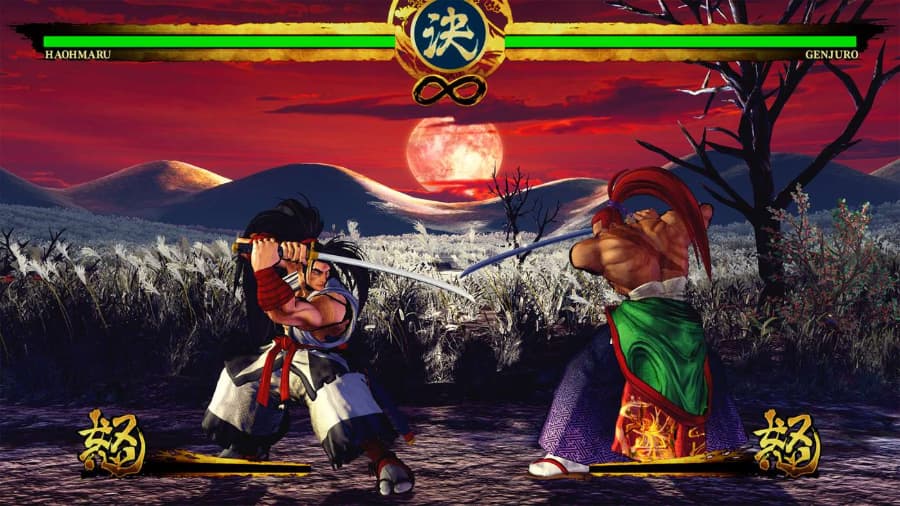 Perhaps my only real complaint about Samurai Shodown is that when you obliterate your opponent and slice them in two, which doesn’t happen all that often to be honest, their bodies quickly disappear into the ether. It just looks a bit silly really. Dismemberment may as well have not been in the game.

It’s not going to wow you with its fairly standard offering of content and modes, but Samurai Shodown gets it right where it matters the most: combat. Easy to pick up yet hard to master, Samurai Shodown has depth, and its responsive controls don’t put up a barrier between you and the character you’re controlling. If you’re a serious fighting game fan, you’ll get a lot out of Samurai Shodown. Those expecting the single player offerings of titles like Mortal Kombat 11 will be left disappointed though. Samurai Shodown just isn’t that type of fighting game.

Samurai Shodown is available on PS4 and Xbox One. We reviewed the PS4 version.