It may have leaked beforehand, but that didn’t make us any less excited for the official reveal of the third Watch Dogs game during E3 2019: Watch Dogs Legion. Set in a futuristic dystopian London, Watch Dogs Legion has a very unique facet: you don’t play as any one single character. Instead, you can recruit just about anybody from the game. It’s a very adventurous premise, and one we’re very much looking forward to getting hands-on with.

The most striking thing about Watch Dogs Legion so far, though, is its visuals. We’re not entirely sure what hardware that gameplay demo was running on – so we’ll not be surprised if the game doesn’t look quite as beautiful on our standard consoles when it releases – but there’s still no doubt it’ll be breathtaking. Ubisoft’s recreation of London is absolutely gorgeous. It’s both instantly recognisable yet chillingly foreign in its implementation of a futuristic surveillance state.

The only thing we didn’t like about the Watch Dogs Legion reveal? The fact we have to wait until March next year to get our hands on it. 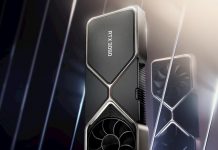