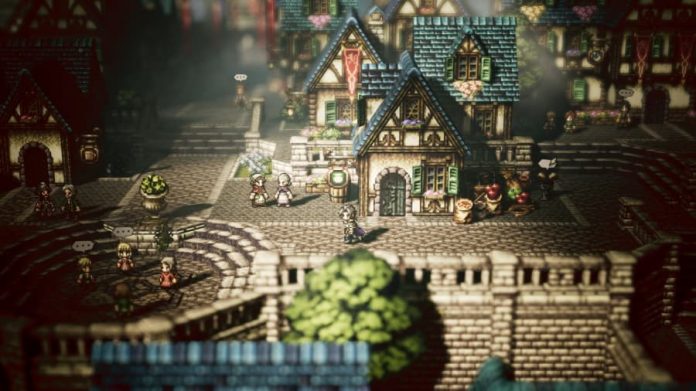 Octopath Traveler is a game that I really want to like.

It harkens back to the golden age of JRPGS where battles were turn-based, the graphics were pixelated and there was a real sense of adventure. More importantly, it oozes charm, and has a soundtrack to die for. But for nearly everything I love about Octopath Travaler there’s also something I loathe.

Nearly every character’s individual tale is intriguing, for instance, but the way you have to bring them all together into one party feels forced. There’s also the grind, which will eventually test the patience of even the most enthusiastic of JRPG players. And then there’s the dialogue, which is sometimes downright awful.

Still, for fans of the genre it’s certainly worth checking out, and that’s easier to do now that it has landed on PC. Square Enix has made sure that it’s not a shoddy port, either. Octopath Traveler on PC has all the options you’d expect, making it the best way to play the game if you’re not bothered about portability. Though you could play it on a laptop if you wish.

Beyond the usual resolution options, PC gamers will be happy to discover that you can also tweak the graphical fidelity of the game. There are settings for anti-aliasing, post-processing, shadows, textures and effects, and while Octopath Traveler still mostly looks like a game from yesteryear with everything set to max, you’ll be glad that you have the option to make it a bit more of a visual spectacle. 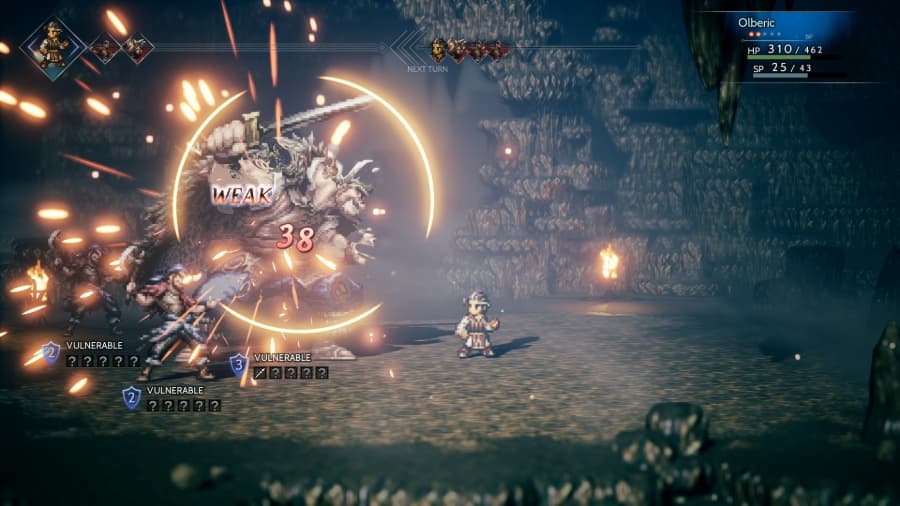 Made using Unreal Engine 4, a pixelated world full of pixelated characters is brought to life by sumptuous lighting and effects. At max settings, Octopatch Traveler‘s visuals certainly stand out more than they do on the Switch. Chances are the game will perform better on most peoples machines, too. My work desktop is pretty old now and sports a GTX1060, but it was still able to play the game at 1080p and max settings at a solid 60fps.

If your machine isn’t as capable, or if you wish to play the game with visuals that more accurately match its old-fashioned gameplay, playing Octopath Traveler with the graphical settings set to low is a valid option. It still looks nice in a retro way, but excess eye candy is toned down or outright done away with. It simply looks flatter.

Another thing of note in the PC port is full keyboard and mouse support – you don’t need to use a controller to play Octopath Traveler. So overall, Octopath Traveler on PC has everything a PC gamer would expect. It’s a very good port. But there’s likely to be one major fly in the ointment for many: the game’s price. 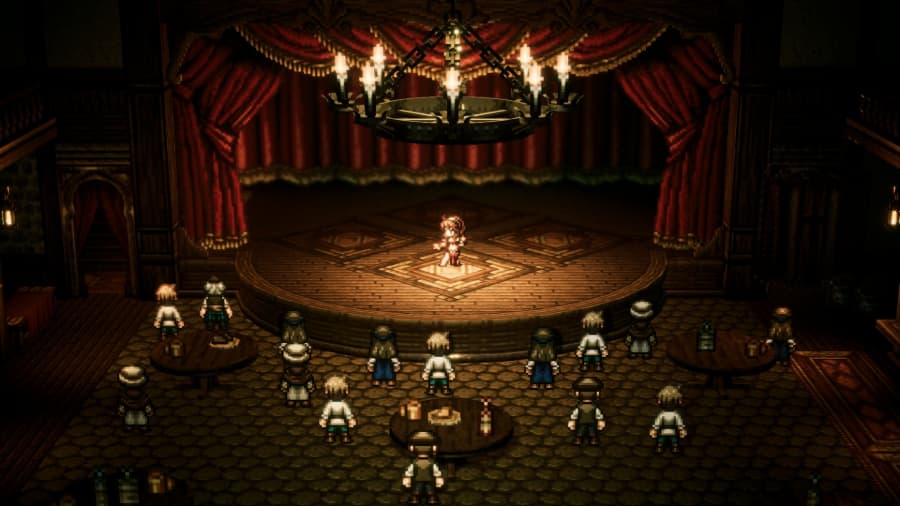 At £49.99/$59.99, Octopath Traveler on PC isn’t cheap. Square Enix might get away with charging that much for it Switch, but PC gamers are likely to be a little more wary. After all, the game’s nearly a year old now, and while it is indeed a very good port, there’s nothing out of the ordinary; there’s no new content or gameplay features. Because of that, I suspect it might be a bit of a hard sell.

Still, if you must play an old-fashioned JRPG with some additional graphical flair and aren’t afraid of a grind, you might want to pick up Octopath Traveler on PC if you’ve got money to burn. Otherwise, you might want to wait a little until it’s available at a much more reasonable price point. Octopath Traveler is good, but it’s not that good. Although I must say, you’ll get your money’s worth if you do play all the way until the end. It’s a solid 50 hour plus adventure.