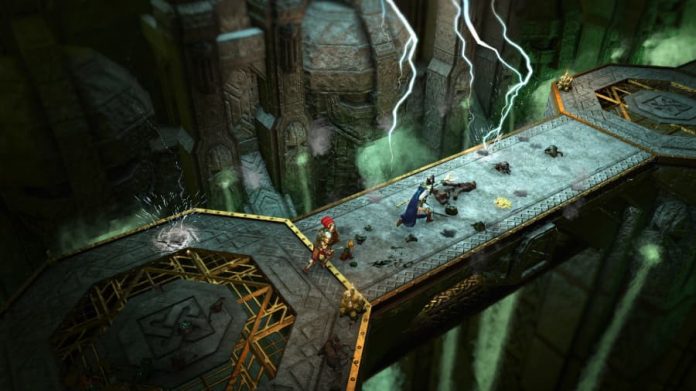 E3 is only a few days away. Places everyone!

Calling all nerds, we’re about to get some huge gaming announcements. We absolutely can’t wait to see what’s in store for us gamers at E3, but here at GameSpew we’ve haven’t taken our eyes off the prize just yet. We’re still playing loads of games to keep us occupied until the big day.

Check out the games that we’ve been playing this week in anticipation of the biggest gaming convention of the year.

Rich: This week my gaming time has mostly been spent playing Warhammer Chaosbane. As a massive fan of Diablo, I like killing screen-fulls of demons and collecting loot but unfortunately the game doesn’t quite match up to Blizzard’s epic action RPG. Still, it should do enough to keep fans of the genre happy until Diablo 4 comes along.

I’ve also spent some time with MotoGP 19, which is a massive improvement over last year’s release. Not only does it look nicer, but improvements to competitor AI makes the races much more enjoyable. It’s got a new historical challenges mode too, which adds something a bit different to the game. Now though, I’m concentrating on Judgment, which pretty much seems like Yakuza – but with less violence and more investigation. I can’t say too much, but I have a feeling many people are going to enjoy it.

Kim: It’s been a busy week of “getting shit done” so – shock, horror – I haven’t had a great deal of time for video games. I have managed to fit in a bit of Sonic Team Racing though, which is pretty fun, although I’m not completely sold on the team element yet. It’s all well and good, but when the game gives you missions to also finish first as an individual, and one of your teammates uses your speed trail to catapult themselves ahead of you at the very last second… not cool, Tails. Not cool at all.

Becca: This week I hopped on Overwatch and played a few rounds with my friends for the anniversary. A few days ago one of the arcade games was Lucioball which is probably my favourite of all of the event games so I played tonnes of matches of that.

I also spent much of my time with Golem Gates, a real time strategy/deck-building hybrid game. You control the Harbinger, who in turn controls hordes of machines. You have to plan your decks as well you can to defeat enemy Harbingers and take down the Golem Gates all while using your own machines to keep your Harbinger alive. The soundtrack is one of the best I’ve ever heard and, though I didn’t fall in love with the gameplay, I’ll definitely be listening to that soundtrack for a long, long time.

Chris: I launched myself into deep space (and promptly smashed into a planet) with the excellent Outer Wilds, which my brain keeps renaming to The Outer Wilds. I wasn’t as taken with the time looping mechanic as some people were but the sheer joy of exploration you get from the game is right up there with No Man’s Sky. Plus, if you’ve got a meaty enough PC, it’s available on the Epic Game Store for a ridiculous £9.99.

I’ve also dabbled in Rage 2 some more, though I’m more or less done with it. It’s not that I’ve completed the game, more that I’ve realised it’s not as much fun as either Doom or Mad Max. In fact, you could tape the two games together, stick a pink highlighter on top and you’d have a better version of Rage 2. I’ve so far missed out on playing the DLC for Assassin’s Creed Odyssey so that’s likely to be my next gaming stop.

I’ve also been wandering through the Wild Area of my mind (it’s a full two day walk) just thinking about the Wild Area in Pokemon Sword and Shield. It could be the evolution the series needs, and I cannot wait to spend days exploring it!

Matt: With the spectacular Blood & Truth behind me, I’ve set aside my PSVR for the time being. Whatever spare time for gaming I’ve had this week has been spent learning some new characters in MK11 or jumping into the new Season of Opulence in Destiny 2.

After the big reveals yesterday from Bungie, regarding the future of the franchise, I have lots of thoughts I want to get out about where this ship is going. Between the Menagerie and the new raid, Crown of Sorrow, this season has some great highlights but I don’t envision it keeping me satisfied all the way until September.

Jack: This week I’ve been trying to live the classic WoW experience in Battle for Azeroth. I went to a new server, installed add-ons to make the game look more like Vanilla WoW and am avoiding the use of heirlooms for faster levelling. It’s been nice and relaxing. Obviously, it pales in comparison to what Classic will actually be like, but it’s nice to scratch that itch just a little bit.