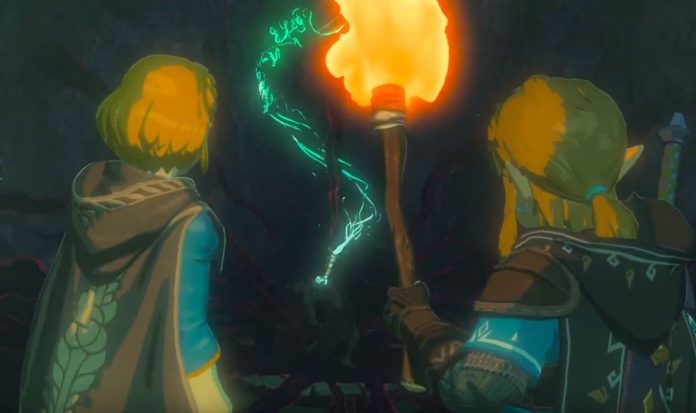 It’s almost time to save Hyrule once again.

During Nintendo’s 2019 E3 Direct, a surprise teaser for the sequel to The Legend of Zelda: Breath of the Wild was released.

There may not have been any gameplay shown, and it was very brief, but nevertheless the tease was enough to whet the appetite of any Zelda fan.

The teaser trailer closed out Nintendo’s E3 2019 Direct, and it only lasted a little over a minute. Despite its short running time, though, there were some clear signals to the approach that Nintendo is taking for the sequel.

Certainly, the sequel to Breath of the Wild takes a much darker turn, and here are the three key elements we took away from the teaser.

1.The Twilight World is coming to Hyrule

First introduced in The Legend of Zelda: The Twilight Princess, the Twilight infects a land and spreads the World of Shadows across it. From the iconic sound effects also used in the trailer, it’s clear that this is a similar type of Twilight infecting Breath of the Wild’s Hyrule.

Interestingly, there is a short glimpse of Princess Zelda and Link reading what appears to be runes on the wall. Perhaps this is a clue to how to rid Hyrule of the Twilight? Within Breath of the Wild it’s made clear from the start that Link is a hero from a previous time, so perhaps this is the same Link that was in The Twilight Princess?

2. The same Hyrule as Breath of the Wild

The trailer treats us to a few glimpses of the game’s setting, and it looks incredibly similar to the environment in Breath of the Wild. It wouldn’t be surprising if there were some changes to Hyrule in the sequel, but with the addition of the Twilight, and a potential Shadow Realm, the setting could be exactly the same.

It’s likely there’ll be a whole new region added to the game, but this could take the form of the Twilight Realm. These added areas could be similar, or completely new; the trailer certainly shows us somewhere we’ve never been before, suggesting the Twilight may at least begin in a separate area.

3. More Princess Zelda and Link together

The short teaser showed off both Link and Princess Zelda searching the new area. This indicates that the two are likely to be together more, and not just in the flashback style that was seen in Breath of the Wild.