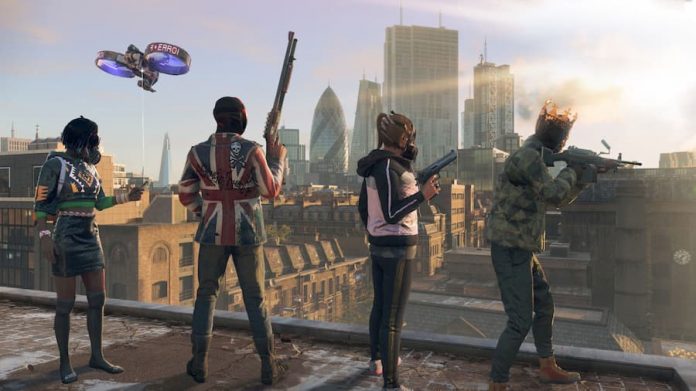 Watch Dogs: Legion is many things. It’s a post-Brexit dystopia, a tech-driven sandbox, a story of near future resistance against a technologically advanced foe, but it’s also the definitive return of Clint Hocking.

Having worked on Splinter Cell and Splinter Cell: Chaos Theory, creative director Hocking really made his name with the divisive Far Cry 2 which, depending on who you ask, is either one of the greatest games ever made or simply the most annoying due to decisions like giving the player character malaria and having guns degrade and jam during firefights.

Since that game released in 2008, Hocking practically disappeared, going on a bizarre career trajectory of joining and then leaving various game companies without ever shipping a game. Lucasarts, Valve and Amazon Game Studios were all graced with Hocking’s presence before he eventually returned home to Ubisoft Toronto in 2015.

And now, four years later, he’s back in a big way, helming what is arguably the most exciting game at this year’s E3. Once again, he’s bringing a crazy notion to the game: what if you could play as anyone? It’s a claim that seems ludicrous; in the dystopian future London of Watch Dogs: Legion you can not only hack and profile everyone you see on the street, but you can also recruit and take control of them. And these characters will be far more than interchangeable names and faces too, with Ubisoft claiming that each one will be fully voiced and animated, and come with a backstory that is explored in the game.

Unsurprisingly, the reaction to this has been pretty sceptical; it remains to be seen just how this will actually work in practice. Yet, in a way, it makes sense that this is the route Watch Dogs: Legion would take. After so many years working on various projects that never saw the light of day, it seems it was inevitable that Hocking would return with a big genre-expanding project, one that poses a bold new challenge to the accepted constraints of the medium. A game that wants to blur the line between player and NPC will do nicely.

It would also explain why, by the time it releases in March 2020, Watch Dogs: Legion will have had at least a five-year development cycle. Yes, creating a dystopian future London takes time, but not quite that much time, and one suspects that much of these past few years have been spent getting this crazy idea to work.

Hocking is a visionary developer and Ubisoft is one of the few companies that has the cash to make this happen. So, just for once, perhaps we should put away our sneering cynicism and dare to dream, to have faith that Hocking and his team can pull off the seemingly impossible.

If he does, it would undoubtedly be his greatest triumph yet.