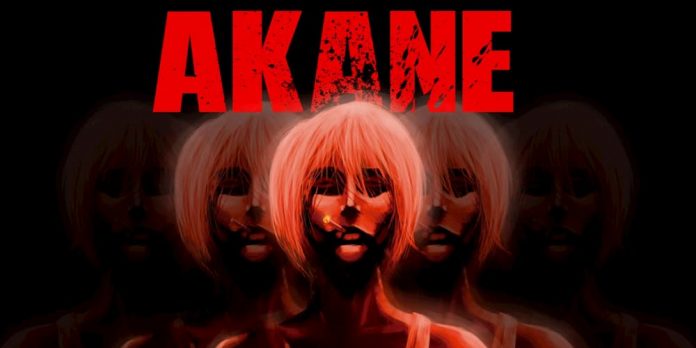 If you told me that Akane was based in the Blade Runner and Kill Bill universes, I’d believe you.

Especially considering that the main character looks like she hopped right out of either one and jumped straight into a video game. Akane is a fast-paced, violent, utterly enjoyable twin-stick shooter from developer Ludic Studios. You play as Akane, an experienced sword fighter as she gets ready for her absolute, final showdown that she is sure will lead to her demise. And she doesn’t care one bit. 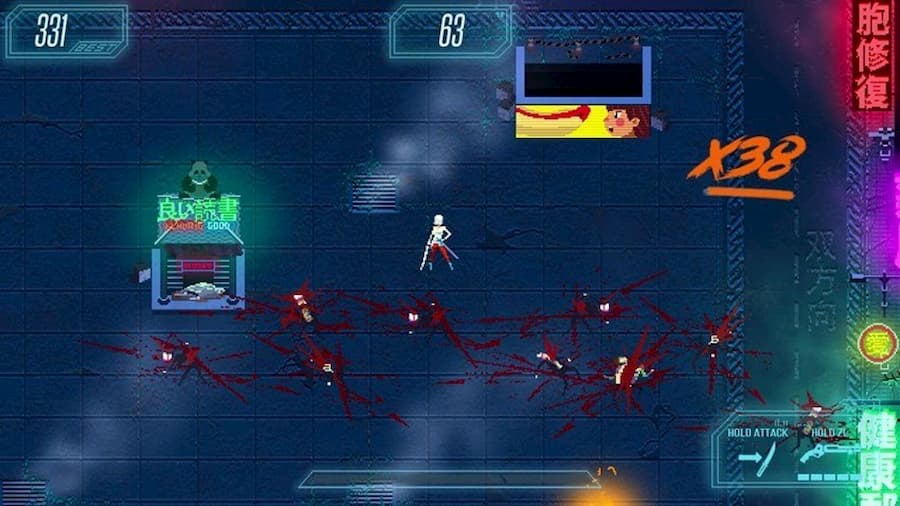 Although you might consider Akane to be a twin-stick shooter, it focuses heavily on melee combat. Every attack you dish out in Akane is a one-hit kill so you’ll be slicing and dicing through goons like a hot knife through butter. Of course, in order to even it out, Akane will also fall after only being hit once. You can’t be too overpowered, after all.

The lovely titular sword fighter is also equipped with a gun, but you won’t be using it much as it shoots pretty slow – at least, at the start of the game, anyway. Akane is also equipped with a sort of ultimate ability that allows her to take out a huge chunk of people in one fell swoop. You achieve this by getting combos as quickly as possible before releasing the kraken (so to speak) and drawing a line where Akane’s attack will hit trying to catch as many people as you can.

Each match is set in the same metro station where doors will open to allow Akane’s enemies a chance to run in and attack. You’ll plough your way through them until, after defeating a certain amount of enemies, you’ll be faced with a boss. Things will continue in this fashion for the rest of the game. 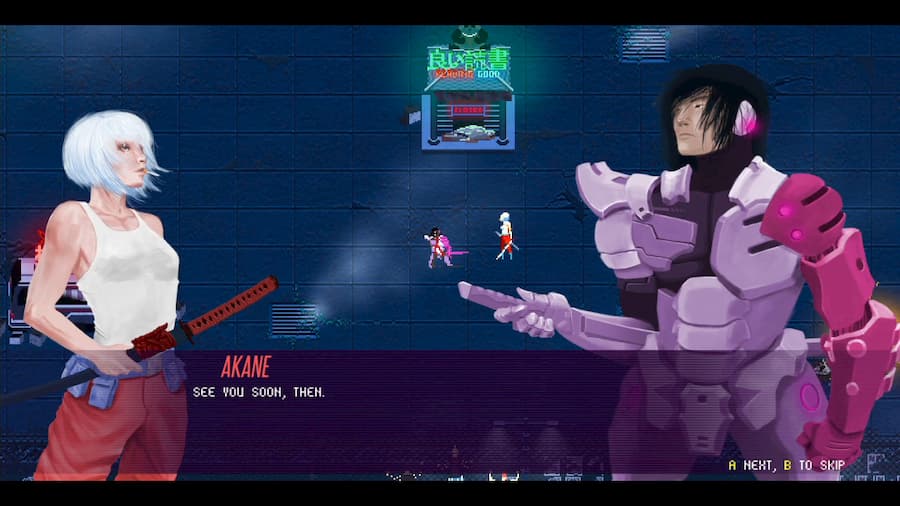 You’ll die a lot when you first start playing Akane, but with great sacrifice comes bad-ass equipment. There are challenges to undertake as you play, and completing them will grant you access to better equipment. But not all weapons are created equal: you might get a pistol that shoots lots of bullets very quickly but isn’t very powerful, or a shotgun that has a wide range, but has a small clip. It took me dozens of tries before I found a loadout that suited me, but part of the fun of Akane is testing out your weapons to see what best works for you.

While Akane‘s gameplay can get a bit repetitive, especially if you find yourself stuck on a certain section, it’s hard to care when the gameplay is this much fun. I found it nearly impossible to put down. I’ve been playing Akane on the Nintendo Switch and I’ll have to admit that I plugged my console in to charge and couldn’t wait any longer than 20 minutes to pick it up again. There’s something brilliant about the combat – it’s easy to learn, but hard to master. I highly recommend giving Akane a shot if you’re into twin-stick shooters or badass combat – or, indeed, a mix of both. 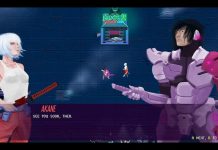