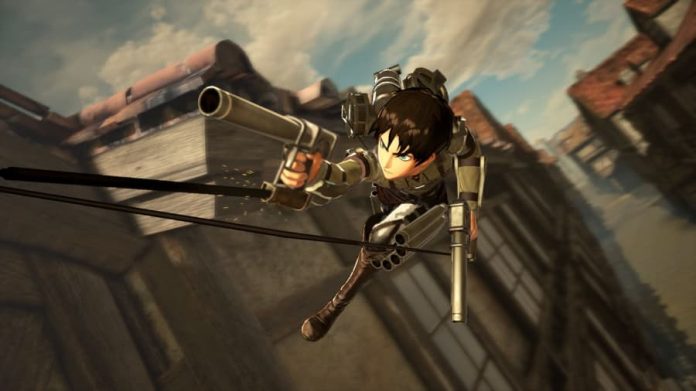 Attack on Titan 2: Final Battle is a strange beast.

Released over a year after the original Attack on Titan 2 game, it adds a new Character Episode Mode that covers the third season of the anime, a Territory Recovery Mode that injects a bit of turn-based strategy into the formula and, perhaps most excitingly, it introduces new ranged weapons into the mix. Despite being fairly hefty, then, it’s surprising that it doesn’t add any new achievements or trophies to the game.

If you’re wondering why season three of the anime is covered in this upgrade as an additional mode rather than a continuation of the game’s story mode, it’s because it drops the alternative perspective of your own created character. In Character Episode Mode, you instead take control of various characters from the anime, following the story through with predetermined load-outs. There’s a handful of main story missions, which shouldn’t take you much more than two to three hours to complete if you head straight through them. As you progress, however, you’ll unlock side content that is also worth checking out. 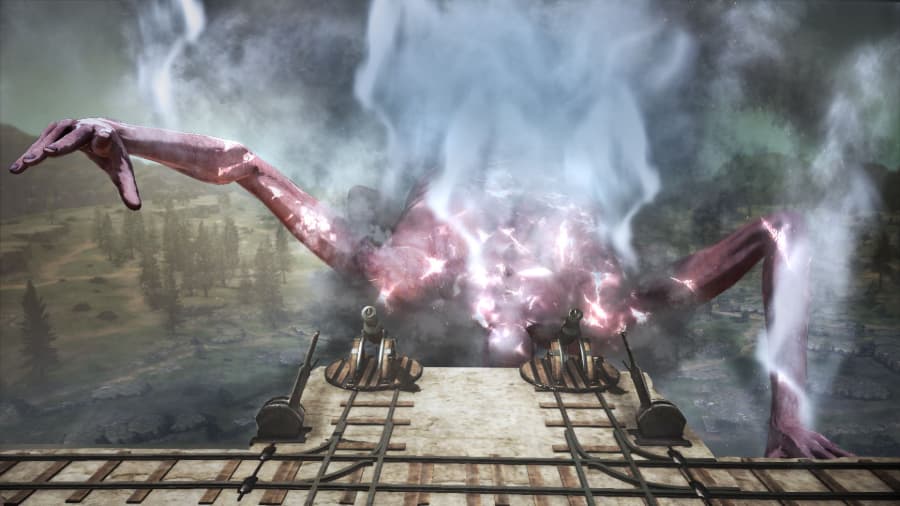 Expect to spend six to ten hours in Character Episode Mode if you want to see everything it has to offer; perhaps longer if you want to achieve S-rank in every mission. While you can’t use them in Character Episode Mode, you earn credits, materials and more for completing missions in it, which can be used in other modes such as Story. But as most players will have already made their way though that mode to lead into the narrative presented by the Final Battle upgrade, it’s questionable as to whether they’d want to return.

Instead, they’re more likely to spend their time and resources in the new Territory Recovery Mode. Challenging players to take control of one of the anime’s characters and form their own regiment, Territory Recovery Mode proves to be an entertaining time sink. Heading out beyond the safety of your base, you have a limited number of turns in which to explore and eliminate Titans to reclaim territory. Clear an area of Titans and nearby lands open up for you to explore, but you always need to be mindful of your turns remaining and the status of your regiment.

New team members can be recruited by helping them while out in the field, and valuable resources can also be obtained. Back at your base, those resources can be used in a variety of ways to make further adventures more manageable, such as increasing your provisions which gives you more turns, or even improving the combat abilities of your team members. Team members can also be placed into numerous groups, providing many useful bonuses as you go about your activities. 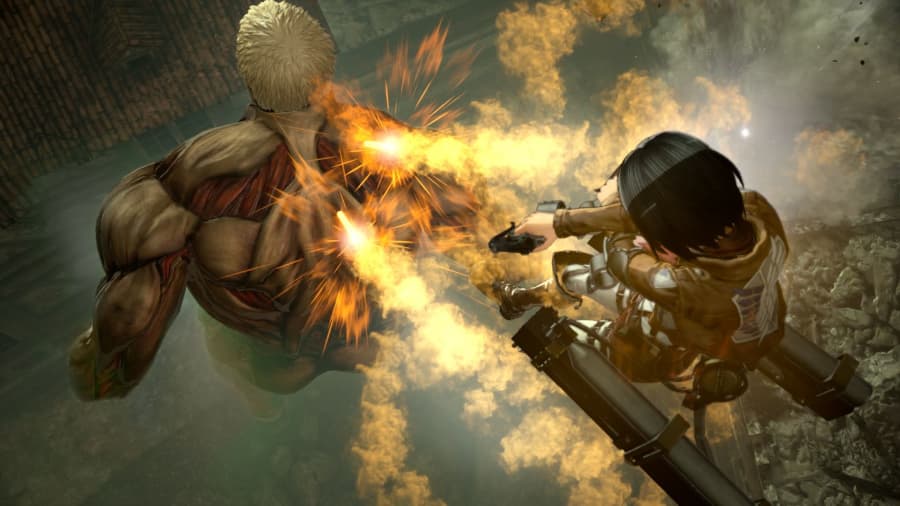 Heading out into the field repeatedly with the same team members has benefits as they build friendships which boosts their abilities, but fatigue gets in the way of that. Sometimes you’ll want to switch characters out to give them a rest, otherwise you may find yourself at a bit of a disadvantage. You may also recruit new characters whose abilities are far beyond those of the members of your team, forcing you to make hard decisions. Do you keep your team together, or do you sacrifice friendship for a more capable team in the long run? It’s up to you. These variables make Territory Recovery Mode quite replayable.

Among other content introduced to Attack on Titan 2 via the Final Battle upgrade, such as new characters, it’s the new ranged weapons that really stand out. You’re introduced to them early in Character Episode Mode, though they’re being used against you. There are missions where you’ll not be facing Titans at all, instead having to go toe-to-toe with fellow humans who see you as the enemy. Also equipped with omni-directional mobility gear, defeating them presents a new challenge: avoiding being shot while waiting for an opportunity to strike.

Fighting against humans in Attack on Titan 2: Final Battle can seem a bit messy at first. The camera isn’t always your friend, and avoiding your enemy’s shots can be troublesome. Once you’ve got into the swing of quickly acquiring targets while dashing or making use of the environment to break line of sight, however, it becomes thrilling. A fast-paced dance of death, you’re likely to find yourself dispatching foes quickly one after another, and if you catch an enemy while they’re reloading you can launch a devastating attack that is sure to take them out of action in style. 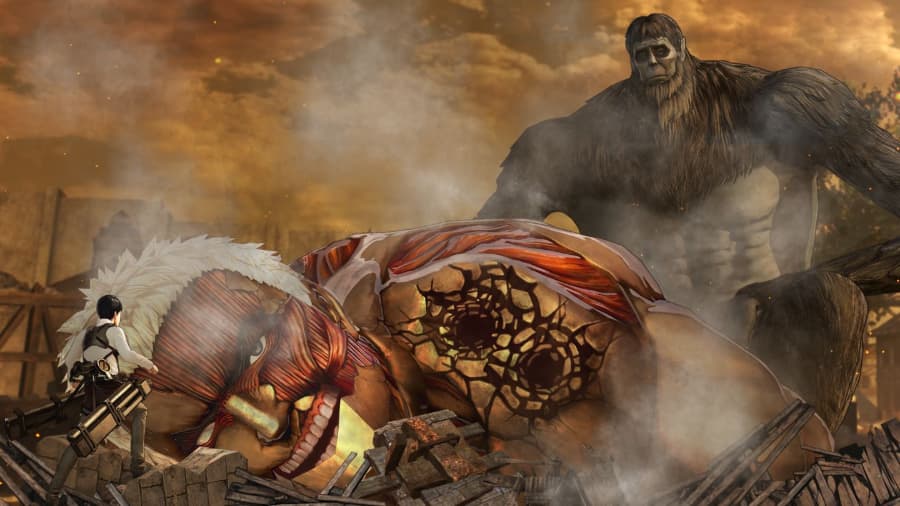 It’s later in Character Episode Mode that you’re finally given access to ranged weapons yourself, though you can use them in other modes beforehand. Using guns instead of blades really changes how Attack on Titan 2 plays, giving a new lease of life to old content. Once locked onto a Titan, powerful two-handed shots can be performed that deal a large amount of damage but aren’t all that accurate. Tether yourself onto a Titan to attack, however, and you’ll able to manoeuvre around them, targeting points more accurately with one hand.

Attack on Titan 2: Final Battle‘s gunplay looks stylish and feels stylish. You can dart around your enemies, creating windows to land critical attacks, and even reload your ammo while in mid-air. There are multiple ammo types, too, each useful in certain situations. Needless to say, guns add some much-needed variety to the game’s combat, and you can even switch between them and blades during missions by visiting bases. 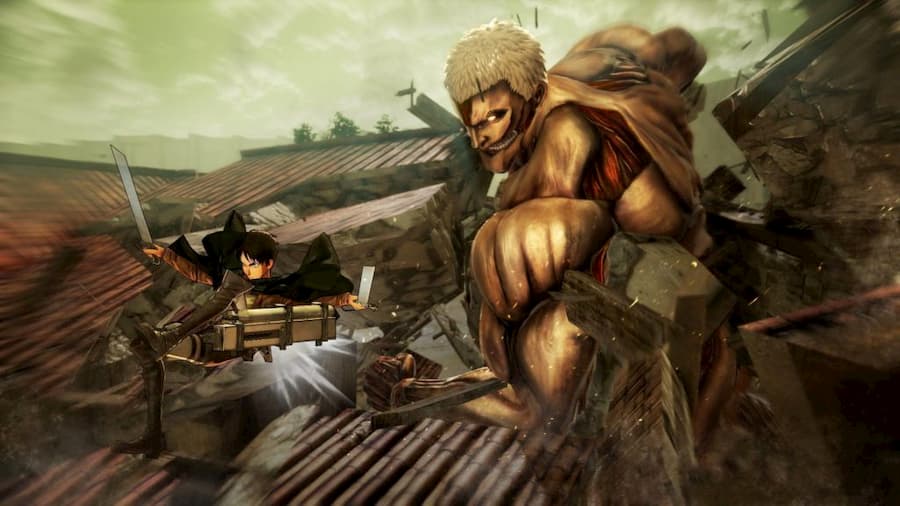 Overall, the new features and content introduced by Attack on Titan 2‘s Final battle upgrade are very good indeed, but I just can’t help but feel that it would have been better off delivered as a standalone expansion. Being able to go back and use firearms etc. in other modes is good, but chances are Attack on Titan fans have played those modes to death already. And going forward, Territory Recovery Mode is more than good enough to keep players going back to for some Titan-slaying action.

So it’s up to you. If you already have Attack on Titan 2 and want more combat options and content, it’s yours for probably nearly what you originally payed for the game. But if you care about trophies or achievements, you’ll be massively let down by the fact that it has none. If you’ve not yet purchased Attack on Titan 2 though and are keen on playing it, the Attack on Titan 2: Final Battle bundle offers a hell of a lot of content for your money. And there’s still nothing else out there that plays quite like it.

Attack on Titan 2: Final Battle is available on PS4, Xbox One, Switch and PC. We reviewed the Xbox One version. 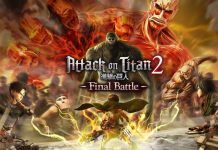 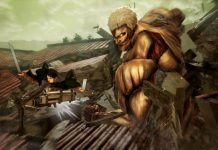 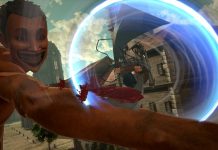