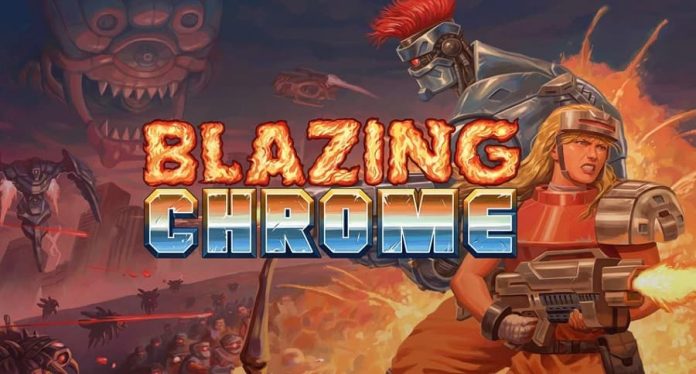 Out tomorrow, Blazing Chrome is a co-op run ‘n’ gun shooter that feels like it has travelled from the past.

We’ve been playing it for a week or so now, and trust us, you’re going to want to keep an eye out for reviews tomorrow if you’re a fan of classics such as Contra. We’ll of course have one for you to devour with your eyeballs. But anyway, to celebrate Blazing Chrome‘s imminent launch, a trailer has been released as is now the norm. Mixing gameplay footage with B-movie nonsense, it perfectly captures the spirit of the game, and is utterly brilliant. Give it a watch below.

Amazing special effects, huh? If the gameplay footage has got you raring for action, Blazing Chrome will be available on PS4, Xbox One, Switch and PC tomorrow for just $16.99. It’s also joining Xbox Game Pass as soon as it launches. Don’t go in thinking that it’ll be a walk in the park though – Blazing Chrome is the type of game that makes you work for success.