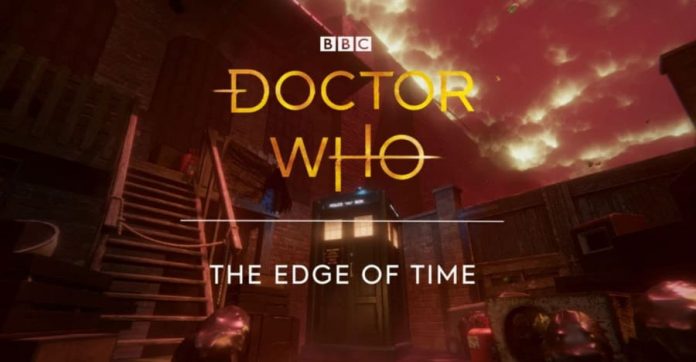 Launching this September on PlayStation VR, Oculus Rift, HTC Vive and Vive Cosmos, Doctor Who: The Edge of Time hopes to thoroughly immerse fans of the TV show.

Featuring the latest incarnation of the Doctor played by Jodie Whittaker, Doctor Who: The Edge of Time will offer a new adventure that’s fully interactive, drawing on the franchise’s 55-year history.

Like the show, expect Doctor Who: The Edge of Time to be a bit scary at times though, as you’ll not only be up against Daleks but also Weeping Angels. There’ll be Hydrorks, too, vicious amphibians which have been newly created for the game.

To give fans more of an insight into the development of Doctor Who: The Edge of Time, developer Maze Theory has revealed a series of behind the scenes videos. Three of them focus on the enemies you’ll encounter as you play the game, while the last takes a look at how it aims to offer an authentic experience that fans of Doctor Who will adore.

Fancy learning more about Doctor Who: The Edge of Time? Of course you do. You can watch all four of the behind-the-scenes videos below.