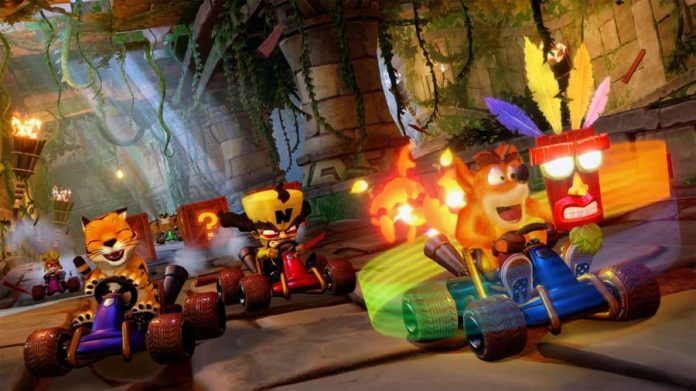 Enjoying Crash Team Racing Nitro-Fueled? Want to have some more fun with it while unlocking yet more content? We have good news.

Prizes includes new karts, stickers, characters and more – there are 18 prizes to unlock overall. And if players manage to finish in the top 5% of the Grand Prix leaderboard, they’ll also unlock a Champion Kart and signature decal.

Taking part in Crash Team Racing Nitro-Fueled‘s Nitro Tour Grand Prix isn’t necessary to gain access to some brilliant new goodies, however. To coincide with the first Grand Prix, a new track called Twilight Tour has been added to the game, and there’s also some new items available via the Pit Stop. Earn enough Wumpa Coins and you can buy yourself the Lechaux Kart set, the Nitro Squad, or some new skins for Crash, Tiny, Dingodile and N.Gin.

You can view everything offered in the Nitro Tour via the graphic below. It’s the first of many Grand Prix planned for Crash Team Racing Nitro-Fueled, so keep your eyes peeled for more special events in the future. We’ll alert you to them the best we can. 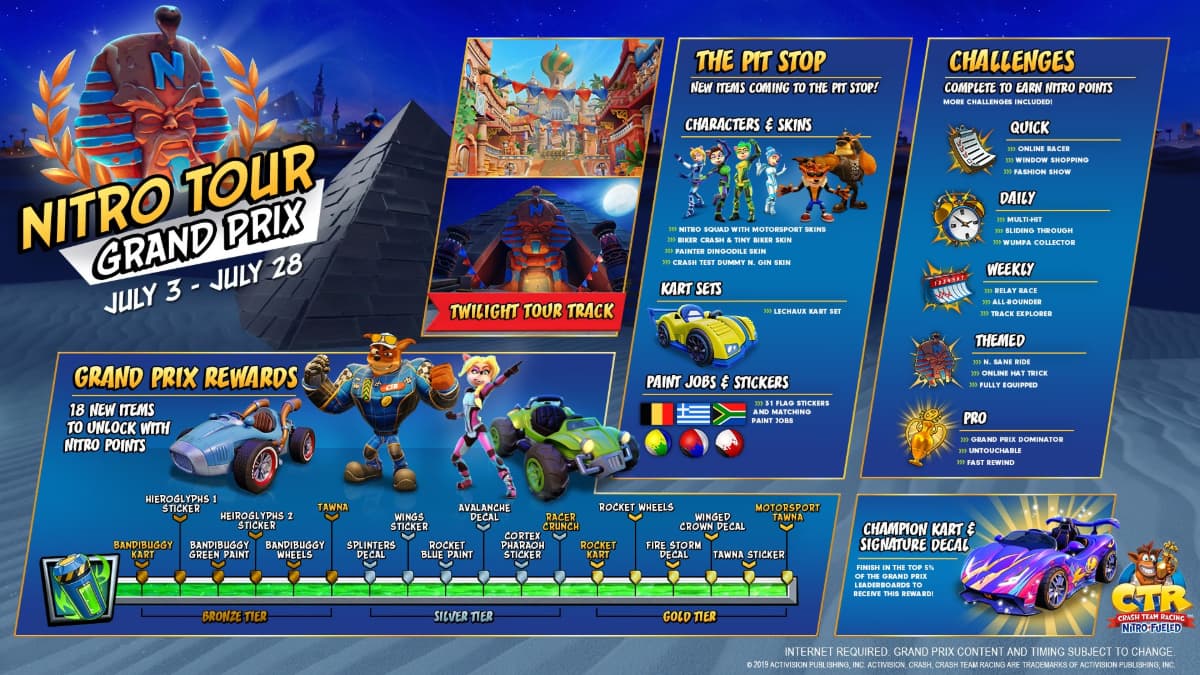