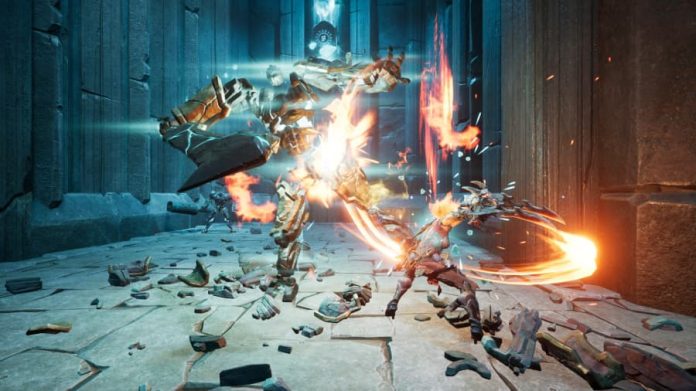 If you played through Darksiders 3 and thought it was lacking in the puzzle department, its latest piece of DLC, Keepers of the Void, is for you.

Promising rewards as well as the simple pleasure of doing something good, Keepers of the Void has Vulgrim sending you into the Serpent Holes to clear out an ancient evil. Once you own the DLC you can start it as soon as you’ve obtained the Flame Hollow, though you won’t be able to finish it until you’ve obtained all four Hollows in the base game. If you already have all four Hollows when starting the DLC, you can play straight through it without any interruptions.

Keepers of the Void challenges you to clear four wings, you see, with each one themed around the four Hollows. Each wing has numerous puzzles for you to solve, enemies to defeat, and, of course, plenty of platforming. And as you progress further into the DLC, more Hollow powers are drawn into the puzzles, increasing their complexity. On the whole, most puzzles are fairly simple, but one or two might have you scratching your head for a while until you have a Eureka! moment.

Activating switches to move blocks and facilitate the use of your Hollow abilities is the order of the day. Along the way, savvy players will also keep an eye out for secret areas providing yet more artifacts useful for powering up enhancements and a steady supply of adamantine for upgrading weapons. And if you’ve already upgraded all the weapons the adamantine is still useful, because Keepers of the Void introduces four new weapons for you to get to grips with. 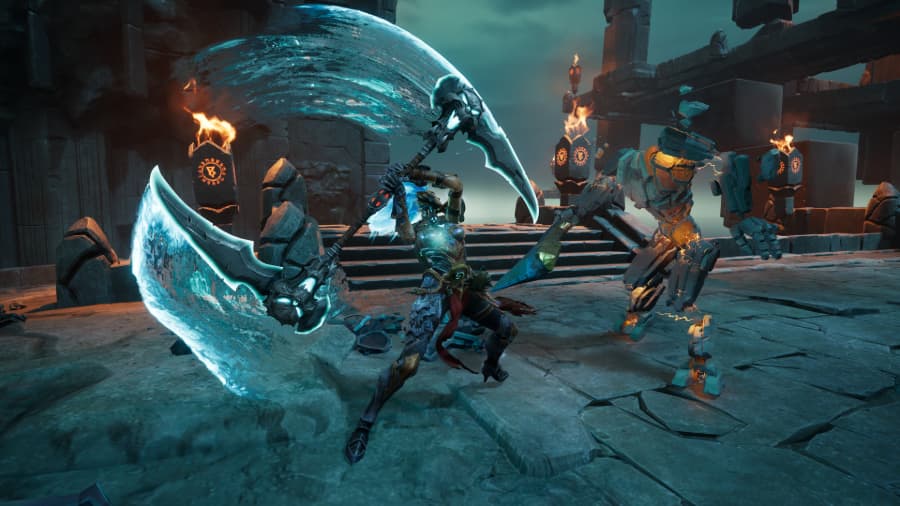 A boss lies at the end of each wing, possessing the power associated with it. Beat the boss and you’ll score yourself a new weapon, opening up new combat options. The new weapons are pretty neat, too, including claws and scythes, meaning you’ll probably want to actually use them. Though you’ll probably want to upgrade them a little first. Keepers of the Void‘s best treasure is saved for those who defeat all four wing bosses and then it’s ultimate big bad though: Abyssal Armour.

The Abyssal Armour looks awesome, and also provides some pretty decent bonuses. It’s a just reward for completing Keepers of the Void, which will take most players about 3-4 hours. The fact that the DLC adds in new weapons and armour that can be used in the main game, however, means that it’s more than just a few hours of fun.

Keepers of the Void does have some issues though. It doesn’t really add anything to Darksider 3‘s story, instead being simply an interesting diversion. Also, while the design of the DLC’s final boss isn’t too bad, those awaiting you at the end of each wing are amazingly dull. They’re all essentially the same with just some unique abilities; chunks of rock devoid of any real style or personality. 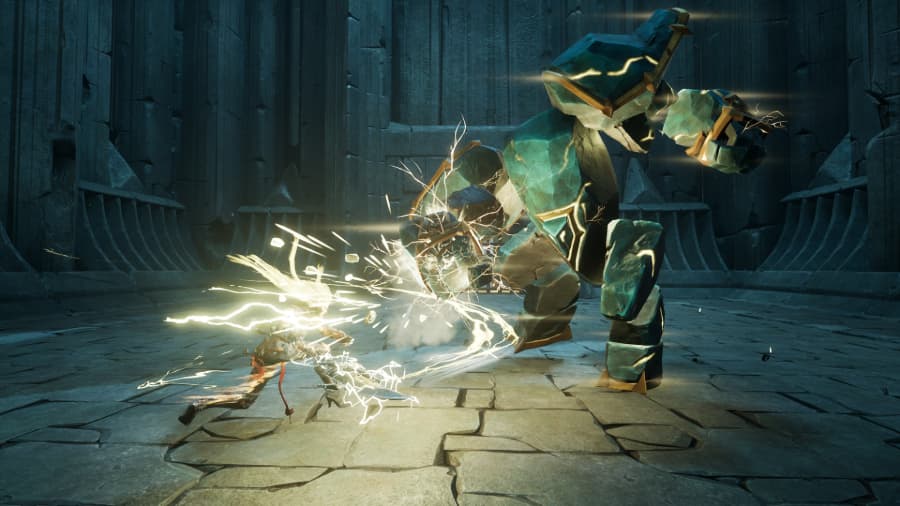 Ultimately, Keepers of the Void offers more of the same Darksiders 3 action, just with more of a puzzle bent. Those playing through the game for the first time will get the most out of it, as they’ll be able to unlock the new weapons and armour earlier in the game and make more use of them. They’re certainly less attractive and useful to those who are already at the endgame, that’s for sure.

Still, if you want a reason to return to Darksiders 3, or want to start a new run through of it with additional content to freshen it up, Keepers of the Void is well worth purchasing. Its puzzles are rewarding to overcome, the combat is as entertaining as ever, and the new equipment you unlock enriches the entire game. That’s a fairly successful piece of DLC in my book.

Darksiders 3 – Keepers of the Void is available on PS4, Xbox One and PC. We reviewed the Xbox One version.