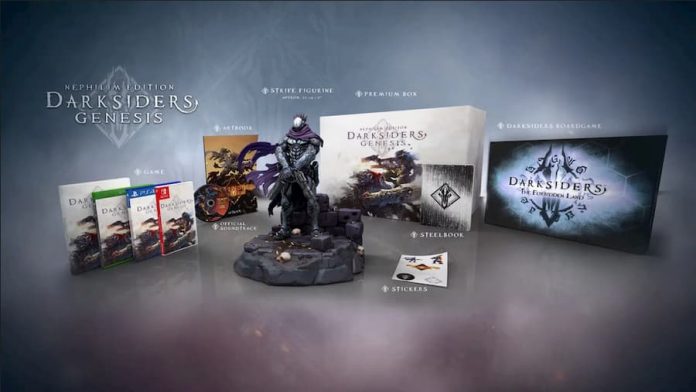 Darksiders Genesis, the latest instalment in the action-RPG franchise, has opened its doors to preorders; including for the exclusive Nephilim Edition – of which only 5,000 units will be made.

Darksiders Genesis lets you take the role of Strife, the fourth and final horseman of the apocalypse. To save humanity, Strife must defeat Lucifer and his master demons, maintaining the Balance across the world.

Genesis is the first full-scale entry in the Darksiders series presented from a top-down perspective, but it will still feature the intense hack-and-slash gameplay, exploration and puzzle solving the series is known for.

Darksiders Genesis Nephilim Edition will come bundled with a Strife figurine, as well as a soundtrack CD, artbook, sticker sheet and a steelbook case. However the thing that really sets it apart from the other editions is the official board game, Darksiders: The Forbidden Land. The whole package will set you back a whopping £349.99 / $379.99. The Collector’s Edition comes with everything besides the board game and costs £99.99 / $109.99.

Due to the limited quantities of Darksiders Genesis Nephilim Edition, you’d better not waste time if you want to secure your copy!

Darksiders Genesis will be available on PC, PlayStation 4, Xbox One, Nintendo Switch and Google Stadia later this year. 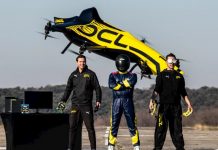