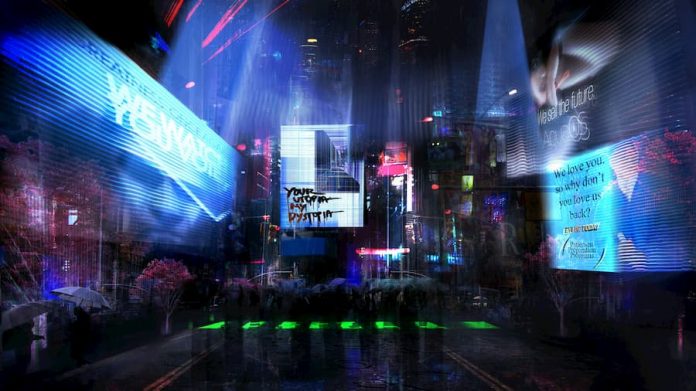 How did they expect their child to have a normal life with a name like Mordred? With a name like that, how could he become anything other than a grizzled, chain-smoking private detective?

“But Mum, I want to design fighter jets!”

“Like hell you are, Mordred. You’re going to spend half of your life gazing into the near-distance, haunted by the many gruesome crime-scenes you’ve had to cast your eye over.”

And so, twenty gin-addled years later, in a semi-dystopian future, Mordred Foley is investigating yet another gruesome murder. This visual novel’s premise is that a serial killer is roaming the city, killing people in a manner inspired by Greek mythology. Think Ace Attorney, minus the courtroom battles, the promise of justice, the puns and indeed anything that would bring joy to Mordred’s grimy world. 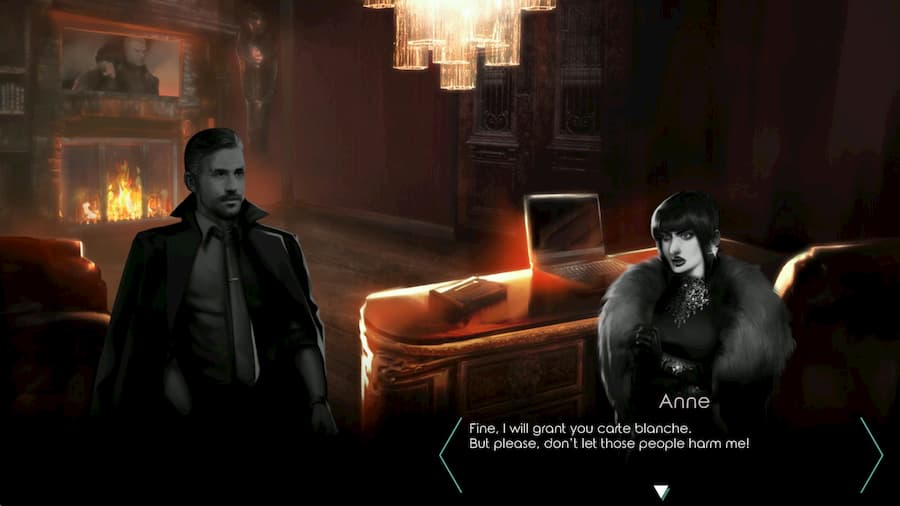 Luckily, Dry Drowning manages to avoid descending into parody. Calling one character “Freya Goldsoul” is a little over-obvious but the characters I encountered were an entertaining if sometimes dour lot. Picking through my first crime-scene and pointing out the police’s failings was grimly amusing and it also threw up some intriguing moral choices.

Did I risk my assistant/girlfriend’s mental health by exposing her to a crime scene, or did I tell her to sit it out? I chose the former because I am a horrible, horrible person and decided that if Mordred was going to suffer through crime-scene after crime-scene, he wasn’t going to be alone. Though, since the game has multiple endings, that choice may well come back to bite Mordred’s monochrome arse.

Also like Ace Attorney, Dry Drowning has you gathering evidence and presenting it to various interested or reticent parties in order to drag the truth out of them. The game’s title is a reference to a particularly unpleasant way of dying, but that’s only the tip of the iceberg; the further you dive into the mystery, the more gruesome the murders become. You view the crime scenes through an augmented reality device, so the first victim you encounter has an odd blue hue to her. It’s an neat technique that gives you the impression that you’re viewing a work of art rather than a gruesome act of slaughter. 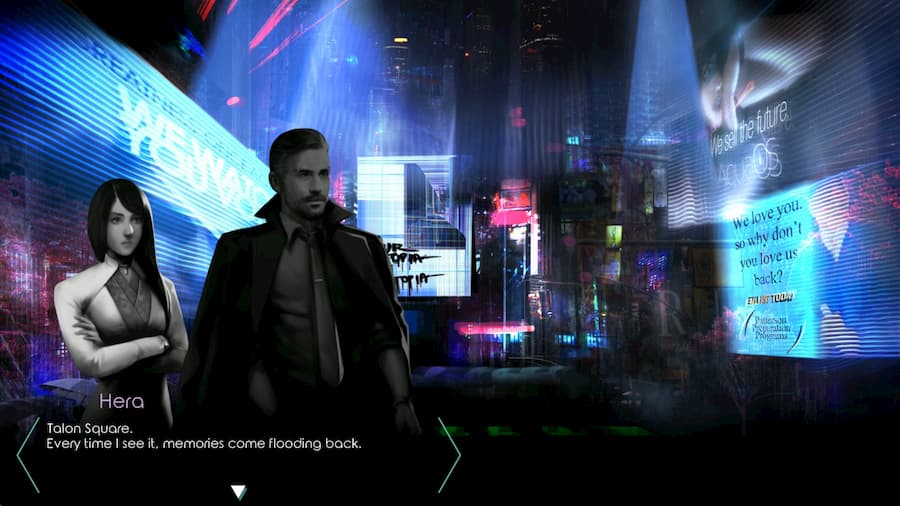 Your motivation for solving these murders isn’t selfless, however; Dry Drowning forces you to work for a thoroughly reprehensible individual because, lacking funds, he’s the only one who will hire your disgraced protagonist. No doubt the game will plunge you further into the moral mire to the point where you wish Mr and Mrs Foley had just called their son “Chad”.

While I’d still like to see what Miles Edgeworth would like to make of the whole bloody affair, I found Dry Drowning intriguing enough that I wanted to see it through to the (probably depressing) end. If you like your detective stories steeped in misery, Dry Drowning could be worth tracking down when it stumbles out of the rain and onto Steam  this August. Console versions will be coming in 2020.