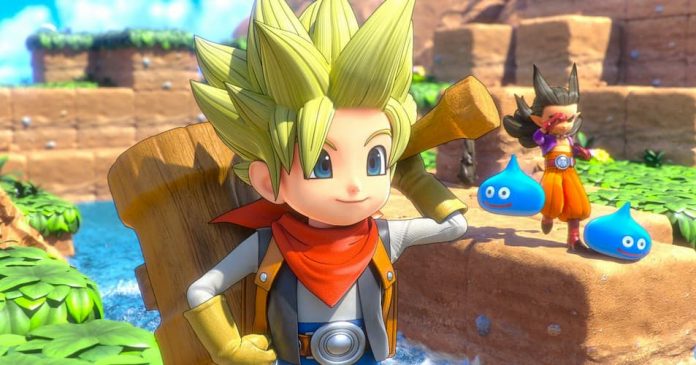 Having already spent many hours with Dragon Quest Builders 2, I have to say that I’m very impressed. From the opening tutorial the scene was set, I was well prepared, and my new blocky adventure was about to begin.

You can expect a full review to have been built by tomorrow, but for now I have created a rather nifty torch to shine some light on the opening scenes.

The journey begins with the tutorial, which you may expect. But Dragon Quest Builders 2’s tutorial is far from typical or boring. After creating your character (you can choose gender, skin and hair colour), they wake up on a ship with lots of monsters aboard. The skeleton pirates are pretty chatty and helpful however, and train you in the basics… while also constantly reminding you that they plan to kill you.

These monsters belong to the Children of Hargon, who serve the Master of Destruction. Little backstory is explained in Dragon Quest Builders 2, but quite honestly there isn’t too much that’s needed. They’re the villains, and they want to stop all the builders.

After a few basic walkthroughs of how to fight, pick things up, and so on, the ship suddenly sinks. When the player awakens, they are on a mysterious and deserted island. The player is introduced to Malroth, a character who has no memory of how he ended up there. Malroth decides to help the player out, and from there the story truly begins. 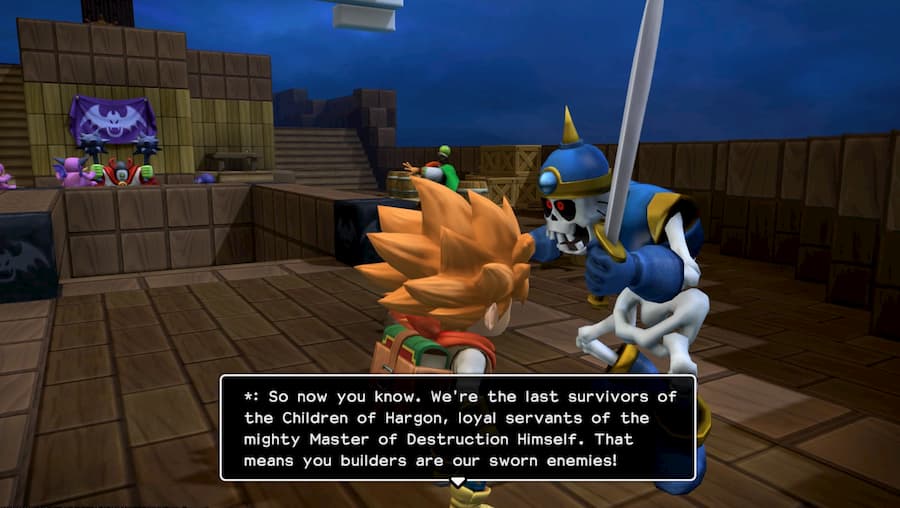 The player is then taken to an island named Furrowfield Island. The focus here is to create a farm and continually work to improve it and make it even bigger. The island is ripe for exploration, and I found traversing to be very simple.

There’s a number of quests available at Furrowfield Island, and they all relate into the idea of helping the farm grow. They can range from defeating enemies, finding new seeds, to building new rooms. The farming and building mechanics work very well, and it’s very satisfying to finish a new room to your liking.

The quests on Furrowfield will keep you busy for hours, and there’s so much extra that can be done, too. Since it’s the first area of Dragon Quest Builders 2 where you really get to build, it’s easy to lose hours just perfecting the design of the farm. And trust me, you’ll want a good-looking farm. 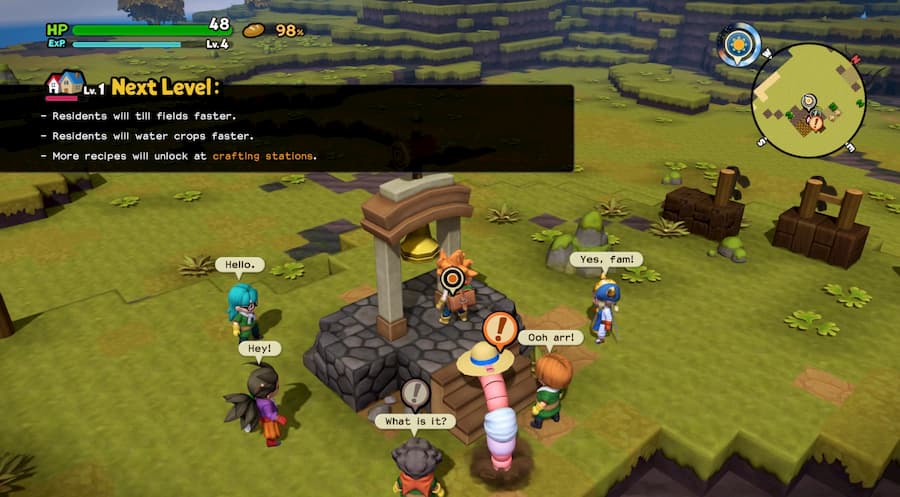 Furrowfield introduces a range of different characters to Dragon Quest Builders 2. Most are pretty simple NPCs, but a few have more personality to them. Either way, they all have that traditional Dragon Quest charm. You can also get them to help out with the farming and building, and that comes in real handy when there’s so much to do.

Furrowfield is also great for adventuring. There’s a range of monsters to kill, new items to discover, and hidden away caves with secrets worth discovering. What really stood out to me though was just how fun it was to explore. Everything was accessible and worth travelling to.

The tutorial and Furrowfield Island perfectly set up the adventure and gameplay features within Dragon Quest Builders 2. You’re never overwhelmed with too much to do, but the possibilities, even early on, feel endless. Dragon Quest Builders 2 starts as it means to go on, and that’s exactly what it accomplishes.

Look out for our full review tomorrow, 10th July. Dragon Quest Builders 2 is coming to PS4 and Switch on Friday, 12th July.