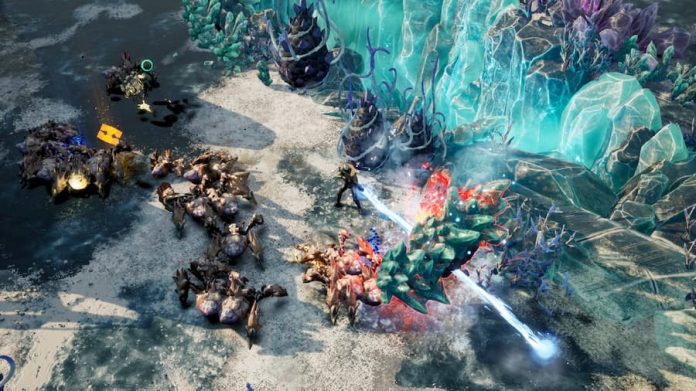 The most important aspect of any video game is how it plays. If it’s fun to take control of a character, then a game’s already on the way to being a success.

Killsquad, an action RPG from developer Novarama has just released into early access. And despite the fact that it’s still in development, it’s already nailed that key aspect. Taking control of one of Killsquad‘s four characters is a hell of a lot of fun.

A game designed to be played online with multiple players, Killsquad is a mission-based affair. You can jump into levels by yourself, but it’s tough without a crew to back you up. The game takes place across a range of sci-fi-inspired levels; from industrial interiors to bizarre and colourful planets, each of Killsquad‘s environments is pleasantly designed and a lot of fun to run through.

But it’s Killsquad‘s combat that really brings the game to life. Currently there are four characters in the game (with empty spaces for more to unlock), and each of them offers a very different playstyle. There’s the gunslinging Troy, whose unlimited bullets penetrate any foe, the hard-hitting Kosmo, who gets up-close and personal with his enemies to bash them with a sledgehammer, and then there’s Zero, whose special attacks make him the ideal medical support character. 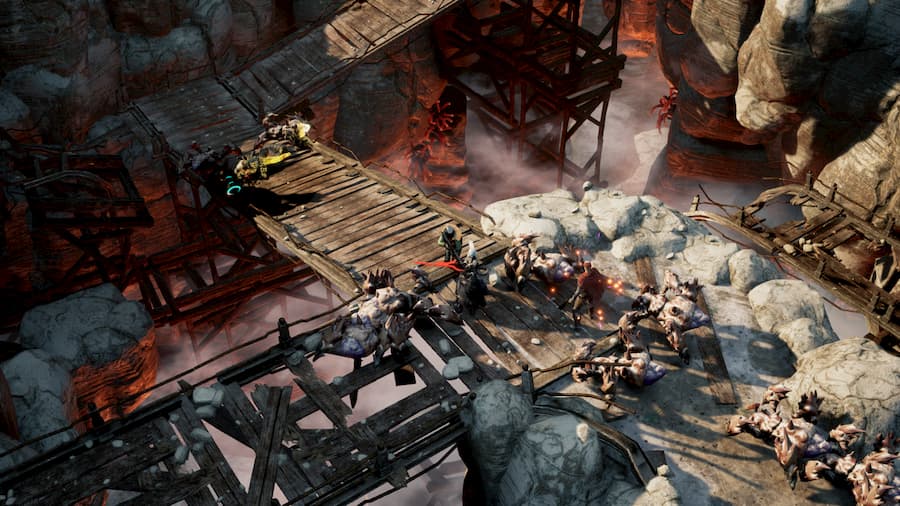 My favourite, though, is the sword-wielding Cass. Her fast and nimble basic attacks slice through enemies like butter. Watching her dance around the battlefield is a hell of a lot of fun. But as with all characters, it’s their special attacks that set them apart. Troy’s devastating power shot pierces through a line of enemies, and Cass’ phase thrust attack creates a wave that deals deadly damage to enemies in front of her.

Progressing through a level allows you to level up these special abilities and unlock new ones. Levelling up is quick and often, so by the end of a level you’ll be a deadly assassin ready to take on whatever Killsquad‘s hostile environments have to throw at you. And as you play through each level, you’ll gather up currency and rewards, allowing you to become more powerful in future levels. 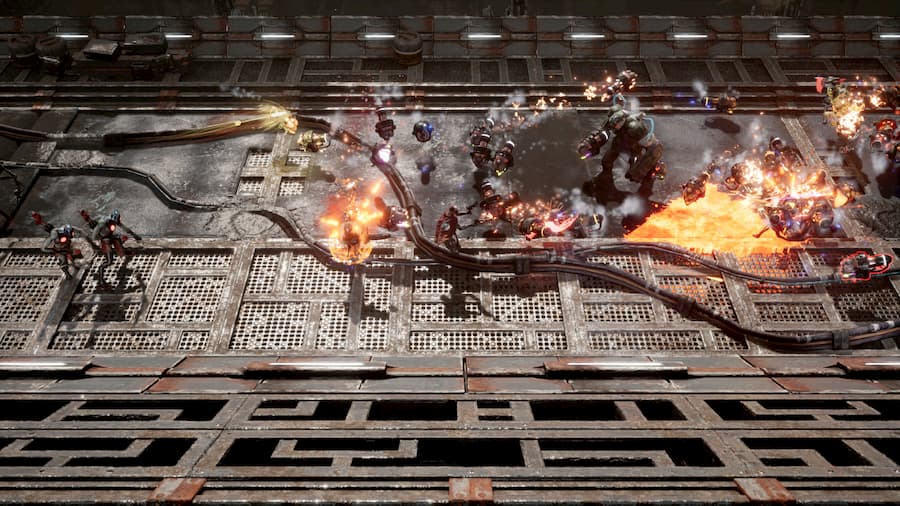 The enemies you come up against are varied and plentiful – Killsquad is never easy, and always requires you to have your wits about you. While enemies may be easy to take down on their own, you’re never far from a horde, or a more powerful foe. You’ll need to stay on your feet, ready to dodge incoming attacks and land your own as enemies pour in from every direction. With Killsquad‘s levels being short and easy to drop in to, they’re fast-paced and adrenaline-fuelled from start to finish.

I’ve only scratched the surface of what Killsquad has to offer, but so far I’m pleasantly surprised by what I’ve experienced. Considering the game has only just entered Early Access, it’s extremely polished. I had a few issues with controls not displaying properly while switching from keyboard to gamepad, but in terms of actual gameplay, Killsquad already feels flawless to play. I’m looking forward to seeing how game develops over the next weeks and months.

Killsquad is available in Early Access on Steam right now.