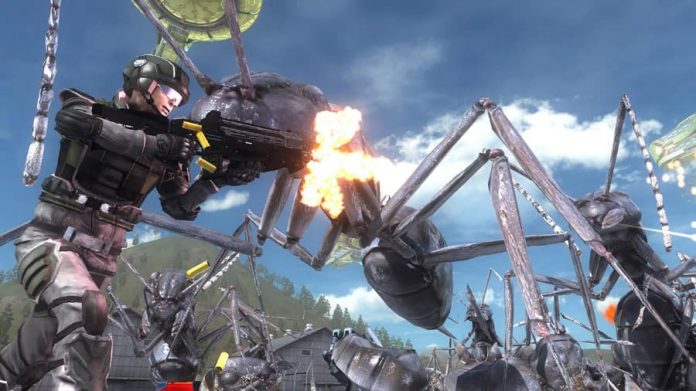 Just over six months after its western release on PS4, Earth Defense Force 5 is making its way to PC via Steam.

We loved Earth Defense Force 5 back in December. The only thing that held us back from wholeheartedly recommending it was the fact that it wasn’t really that much different from Earth Defense Force 4.1 which was released almost two years earlier. Whether or not the PC version of the game will offer anything over its PS4 counterpart aside from potentially better performance and visuals remains to be seen.

You can currently add Earth Defense Force 5 to your Steam wishlist, though it currently doesn’t have a release date or price on there. Gematsu reports that it will be released on 11th July. We just hope that it’s not too expensive, as Earth Defense Force 4.1 is currently available on Steam for just £7.74/$9.99. Its price reverts back to double that in just over 24 hours though.

Whatever it costs, if you love the idea of shooting hundreds of gigantic bugs and more than your fair share of aliens, Earth Defense Force 5 is definitely worth checking out. You don’t need to have played prior entries in the series to follow its story or enjoy it, and you can also play it via local or online co-op. It’s just mindless third-person shooter action that’s strangely entertaining despite being shoddily presented.

You can watch the PC announcement trailer for Earth Defense Force 5 below. And don’t forget to add it to your Steam wishlist if you’re interested.