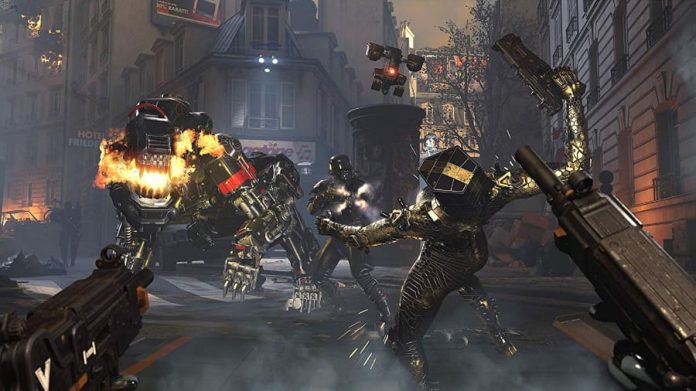 It’s July, which means that the summer games drought is finally here!

Chances are most gamers’ bank balances will get a bit of a retrieve this month – though don’t worry, they’ll be getting hit hard again soon. Switch gamers have perhaps the most to look forward to this month, what with games like Dragon Quest Builders 2 and Fire Emblem: Three Houses launching. No matter which format you main, however, there’s something for you to play ahead. Us? We’re most looking forward to Wolfenstein: Youngblood, which will be available on just about everything.

So, sit back, relax, and peruse a list of games that you really ought to watch out for this July.

If you’ve not played Red Faction Guerilla or the Re-Mars-tered version on any other format yet, why not give it a go on Switch? Imagine destroying buildings so that they’re just a pile of rubble while laying in a field somewhere enjoying the sun – you can’t do that with Xbox One or PS4 can you? We’ll have some impressions on this in the next day or so.

If you love Stranger Things then Stranger Things 3: The Game will probably be right up your street. It even has an old-school retro look. Perhaps play it while watching the new series that’s about to start.

Why has Kay turned into a monster? Find out by playing Sea of Solitude to its conclusion. It looks very intriguing and unique this one, so keep an eye on it. We’ll have a review for this one next week.

Attack on Titan 2: Final Battle takes a good game and hopefully makes it even better. We’re looking forward to taking down colossal Titans with a wider range of attacks, aren’t you?

Take the bold characters of Dragon Quest and the creativity of Minecraft and you have Dragon Quest Builders, the sequel of which is out this July. You just know it’s going to be good.

Action RPG fans are covered by Marvel Ultimate Alliance 3: The Black Order this month. It’s just a shame that it’s exclusive to Switch. Still, it’s worth getting excited about.

If you want to do some virtual dating this July you should probably keep DATE A LIVE: Rio Reincarnation on your radar. It even includes the two previous entries in the series released on PS3. Needless to say, you’ll be in dating heaven.

Does shooting Nazis ever get old? Of course not. And that’s why we can’t wait for Wolfenstein: Youngblood. Well, that, and the fact that it’s got more open map design and you can play it in co-op. Give it to us now, Bethesda!

The latest entry in the Fire Emblem series is released this month, but we’re sure you know already. Fire Emblem: Three Houses is bound to offer tens of hours of strategic RPG gameplay as usual. Hopefully it’ll have a great story, too.

With a new story written by Kazuki Nakashima, fans of Kill la Kill should be happy to hear that  the franchise is finally getting the video game treatment. Kill la Kill – IF is out at the end of the month, and promises more action than you can shake a stick at.