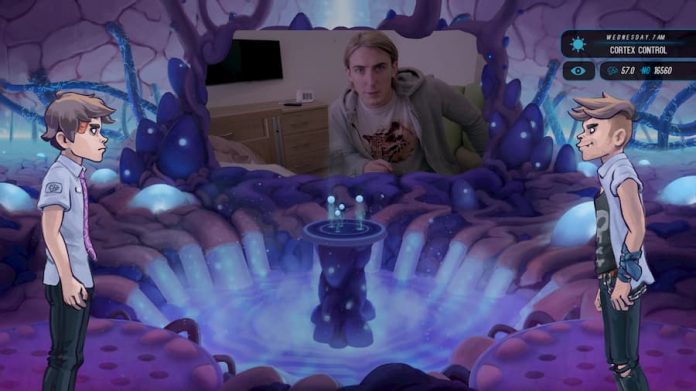 Headspun, the unique 2D adventure from Wales Interactive and Superstring, will be coming to PC and consoles on 28 August 2019.

Wales Interactive, whose back catalogue includes other FMV titles such as Late Shift and The Infectious Madness of Doctor Dekker, has taken a fresh approach to the genre with its upcoming game Headspun.

As we reported in April, live-action storytelling is combined with 2D animated adventure gameplay as players take on the role of Ted – the conscious, rational voice inside the head of a trauma victim named Theo.

Using FMV sequences, we see through Theo’s eyes as he goes about his daily life, and we must try to make the best choices to help fix his damaged brain; though we may face opposition from Teddy – the representation of the primal subconscious voice in Theo’s psyche. Exploring the relationship between Ted and Teddy, we also explore the relationship between logic and emotion.

Headspun will be coming to PC, Mac, PlayStation 4, Xbox One and Nintendo Switch on 28 August 2019. You can keep up with Headspun news on Wales Interactive’s official website.