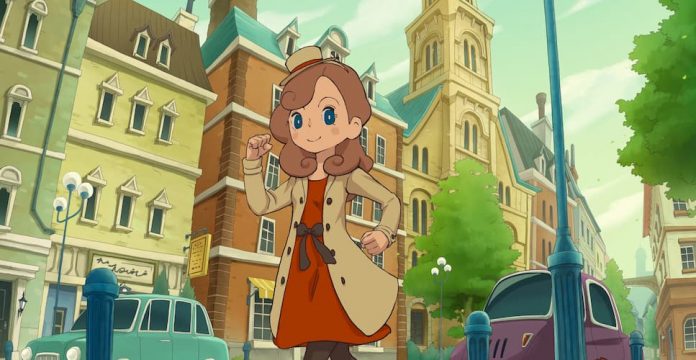 The biggest mystery that Professor Layton and his brethren have faced recently is why the games haven’t yet been ported to Nintendo Switch.

That’s set to change later this year, finally, with the latest game in the Layton series being ported to Nintendo’s hybrid handheld later this year. Layton’s Mystery Journey: Katrielle and the Millionaires’ Conspiracy started its life in July 2017 as a mobile game before being released on 3DS a few months later in October.

Fast forward two years, and developer/publisher Level-5 finally see fit to release the game on Switch. The new version of the game will be called (deep breath) Layton’s Mystery Journey: Katrielle and the Millionaires’ Conspiracy – Deluxe Edition, and it’s set to release on 8th November.

While the core game will remain the same as the 3DS/mobile version, since this is Deluxe we can expect some new features. There’ll be over 40 new puzzles to indulge in, so even if you’ve played the game before you can expect the odd surprise still. There’ll also be something of a graphical overhaul, not least since the screen layout needs to change from the mobile game’s vertical orientation and the 3DS’s dual screen presentation.

Layton’s Mystery Journey Deluxe Edition will also include new outfits, and content that was previously paid DLC will be included as standard.

This isn’t a classic Professor Layton game for those who aren’t familiar with it – our protagonist this time is the titular Katrielle, the daughter of the top hat-wearing Hershel who you’ll be familiar with from earlier titles. We only hope the release of Mystery Journey opens up the floodgates. There’d be nothing finer than a Professor Layton HD Collection gracing our Switch. Or even better; do an Ace Attorney and release a collection on other formats, too.

Layton’s Mystery Journey: Katrielle and the Millionaires’ Conspiracy – Deluxe Edition will be available on Switch on 8th November. [Nintendo Life]