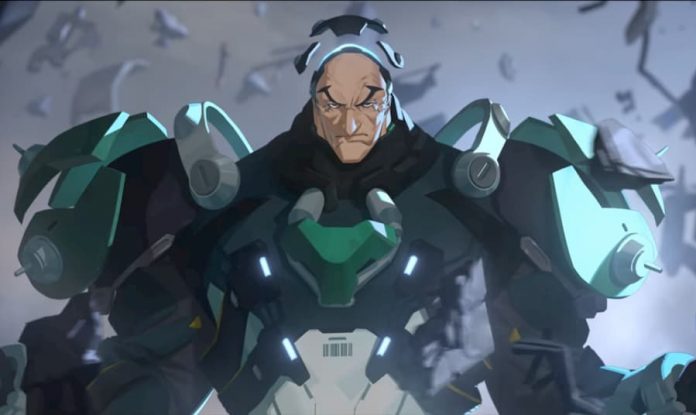 Blizzard has revealed the latest Hero to join the ranks of its hit online shooter Overwatch, and he’s a mad scientist with the ability to manipulate gravity.

In an animated origin story trailer, we see how Sigma was a brilliant astrophysicist whose mind was warped by an experiment gone wrong. The description of the video describes him as “an eccentric astrophysicist who hopes to unlock the secrets of the universe, unaware he’s been turning into a living weapon”.

The trailer comes after several teasers were dropped on the Overwatch twitter account this weekend, including a bizarre video in which the game’s director Jeff Kaplan seems to disappear into a black hole.

Sigma looks to be joining up with the terrorist organisation Talon; in the trailer you see him alongside other members such as Moira, Reaper and Widowmaker. While he does come across as quite a dark and evil character, the implication that he’s unaware he is a weapon and that he is deeply psychologically damaged is very interesting. We don’t yet have any details about Sigma’s abilities, but we do get a glimpse of his in-game model – and I must say, he’s pulling off the big bulky power armour look spectacularly!