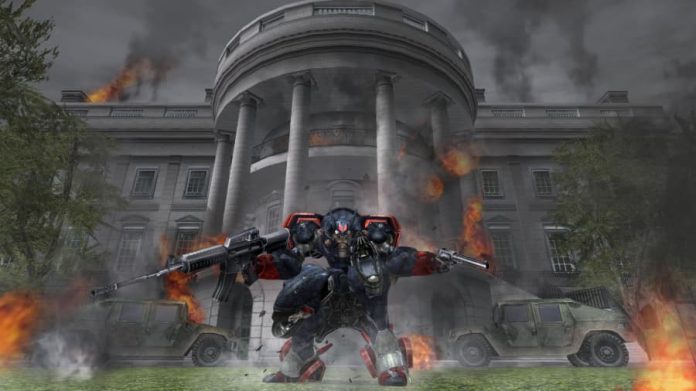 Have you ever played Metal Wolf Chaos? No, we haven’t either.

Developed by FromSoftware and released for the original Xbox in 2004, Metal Wolf Chaos never left the confines of Japan. It garnered a bit of a cult following, however, resulting in Devolver Digital and FromSoftware buddying up alongside developer General Arcade to release a new updated version of the game.

Metal Wolf Chaos XD takes the original game and not only gives its visuals a bit of a makeover, but refines its controls and gameplay too. There’s also a new save system in play, as well as 4K and 16:9 support. The best news though, is that it’ll be available on PS4, Xbox One and PC.

August 6th has been set as the release date for Metal Wolf Chaos XD, and anyone who preorders the game before then will receive an exclusive mech suit. On Steam it will retail for £19.49/$24.99, so expect to pay about the same or a little bit more on consoles.

In Metal Wolf Chaos XD, you assume control of Michael Wilson, the 47th President of the United States. Piloting a mech, he has to combat the forces of Vice-President Richard Hawk, who’s planned a vicious coup d’état. It sounds mental, and we can’t wait to give it a try. You can watch a trailer for the game below. 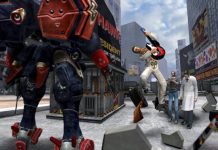