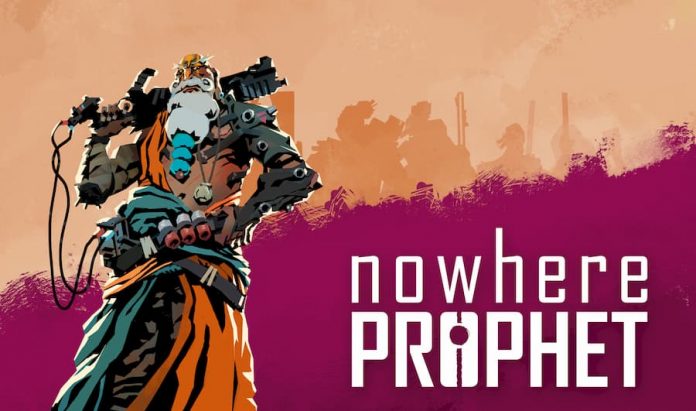 Keeping a group of followers together isn’t as easy as you might think.

Suddenly being thrust into leadership is a challenging task, after all. In strategy card game Nowhere Prophet you’ll be in charge of a group of outcasts and refugees who will fight for you until their last dying breath. This responsibility can be quite a lot to handle, especially in a world like Soma where the game is based. In Soma, civilisation has completely collapsed and this new wasteland is home to the baddest of the bad. You’ll have to train up your followers and work together to reach Crypt, a mystical location said to be home to untainted, rare technology.

Nowhere Prophet is a strategy card game where each follower that you obtain turns into a card that you’re able to use in your “deck”. Your deck is used to fight the enemies that you’ll encounter in your travels. You’ll begin the game at one side of a map, with different winding paths leading you across it If you’ve ever played Slay the Spire, the map is very similar. The player is tasked with choosing a path they think will be least dangerous or that will benefit them the most. Of course, if a player wants to laugh in the face of danger, they are able to take a riskier path, which may result in better loot along the way.

The game has a very helpful tutorial for those that may find learning a new card game to be overwhelming. And if you’ve played any in the past (Hearthstone, Gwent, Slay the Spire, etc.) then you should quickly feel at home. Each follower in your convoy deck has their own health and attack number as well as a description that tells what that card does (if anything). For example, you may have an enforcer with ‘Fury’, which deals 2 damage to all of its neighbour units, or a Warrior Monk with ‘Taunt’, meaning that nothing else can be attacked until it has been taken down. If one of your units is taken down, it takes one damage. If that same unit takes a second damage, then it is removed from your deck permanently. 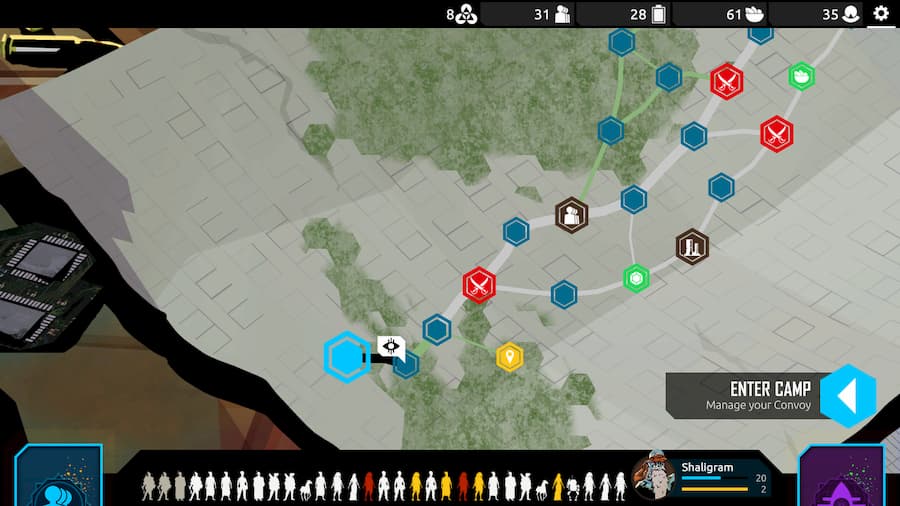 In addition to a convoy deck, heroes are also given their own hero deck. The hero deck includes action cards which will help the player by buffing followers’ stats or doing damage to enemies on the battlefield. The card ‘Lucky Shot’, for example, deals 3 damage to a chosen target when played. The card ‘Bolster’ gives one follower +1 health and +1 attack. These cards are great for levelling out the playing field when it feels like the enemy might be about to overpower you.

Unlike other CCGs, placement of your followers on the battlefield is extremely important in Nowhere Prophet. Anyone in your front line is open to attacks and can attack enemies on the board. Anyone in the back cannot be attacked and cannot attack until they move forward to the front. In order to put one of your units down on the board you will have to spend energy. You start with three energy at the beginning of the match and gain an extra energy point in every new turn. Your hero also hangs out on the board and has their own health bar. If the hero’s health gets to zero you lose the match as well as the game and have to start all over from the beginning.

But there’s more to Nowhere Prophet than combat. You’ll also experience some random encounters as you run about the map. Things like beggers asking for food, or surprise attacks from raiders. You’ll have to strategise as best you can to get away from these encounters with as little lost as possible. In addition to this, you’ll also stop at places that will allow your hero or followers to regain health. These locations often also have places where you can sell items you’ve picked up on the road, or buy items that may be essential to your groups’ survival. 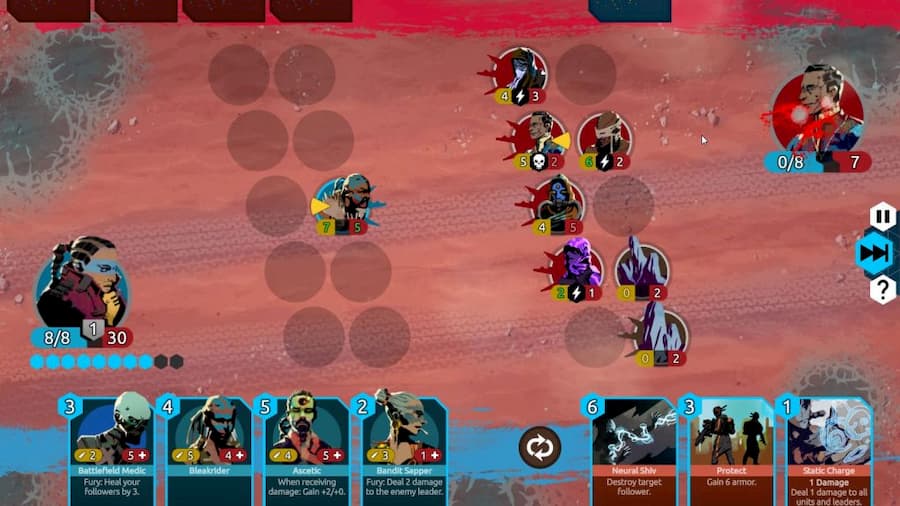 When it comes to technical details, Nowhere Prophet looks gorgeous and runs as smooth as silk. Soma is a world inspired by Indian culture and its inspirations become even more clear as you explore and listen. The game is beautifully drawn, the map easy to follow and the game’s soundtrack is a lovely mix of Indian infused electronica. Its characters – humans and creatures alike – feel real and are fantastically designed. When it all comes together, Nowhere Prophet has you immersed in a world that feels well thought-out and authentic.

As a lover of strategy card games, I was extremely pleased by Nowhere Prophet and am excited to go back to it again. It has everything you’d want from a card game: combat, strategy and a huge plethora of options for your decks. It can be very difficult to begin with until you’ve mastered the game’s rules, which may initially turn some players away, but stick with it and you’ll find an excellent adventure lying in wait.

Nowhere Prophet is available on PC. 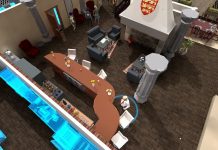