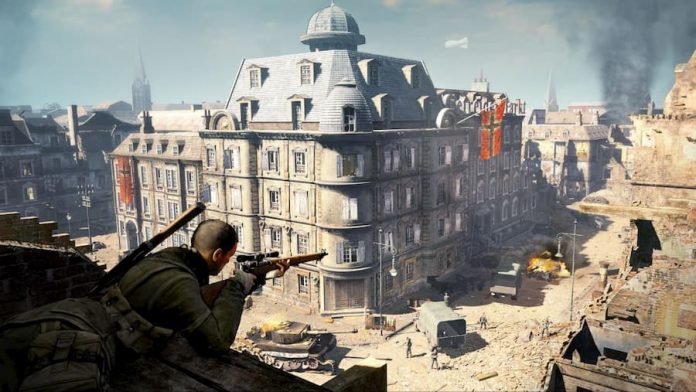 Best known for the Nazi testicle-popping Sniper Elite series, Oxford-based Rebellion Developments might not immediately strike you as an indie developer since it’s been around for over 25 years with over 300 employees.

Yet Rebellion is one of the only genuine independent developers in the UK. Owned solely by brothers Jason and Chris Kingsley, they’re not beholden to investors, Kickstarter backers, and they even use their own proprietary Asura engine for making their games. In recent years, they have also turned to self-publishing.

After making their keynote appearance at this year’s Develop conference in Brighton, I spoke to the Kingsley brothers about what it is to be an independent developer, how they keep killing Nazis feeling fun, and whether Sony or Microsoft could make them an offer they couldn’t refuse.

Rebellion has been around for almost 27 years as an independent developer. But you’re also different from how most people today would perceive as an ‘indie’.

Jason: Well, we were independent before being called an “independent developer”. So I guess you could argue we were hipsters before the hipster movement. I do understand why people don’t call us an indie developer, because it brings with it a certain sort of scale, but also potentially a lack of financial success.

Chris: The strict definition of being independent is you’re independent – you have no external shareholders, you have no one owning you. Of course maybe we should start using the term micro indie or super indie.

Jason: We’re a genuinely super indie, one of the only out there. When we put a million pounds or ten million pounds into making a game, it’s literally our money.

How much have things changed the way in the way you work over the past couple decades?

Jason: We’ve gone from work-for-hire for other people where we have monthly income from hitting milestones to the point where we have monthly outgoings because we got staff, and we have regular income from our back catalogue of titles, and our new releases. The business of making computer games hasn’t changed, because we still make computer games.

Chris: Ironically, we probably have more time now to spend on games, whereas the past was a lot more time spent on dealing with clients.

Jason: And pitching. We had to spend a lot of money on pitching, putting demos together. It might cost you a few tens of thousands or hundreds of thousands.

Chris: You could spend three months on a demo, and then they’re like, ‘No, I don’t like it’. 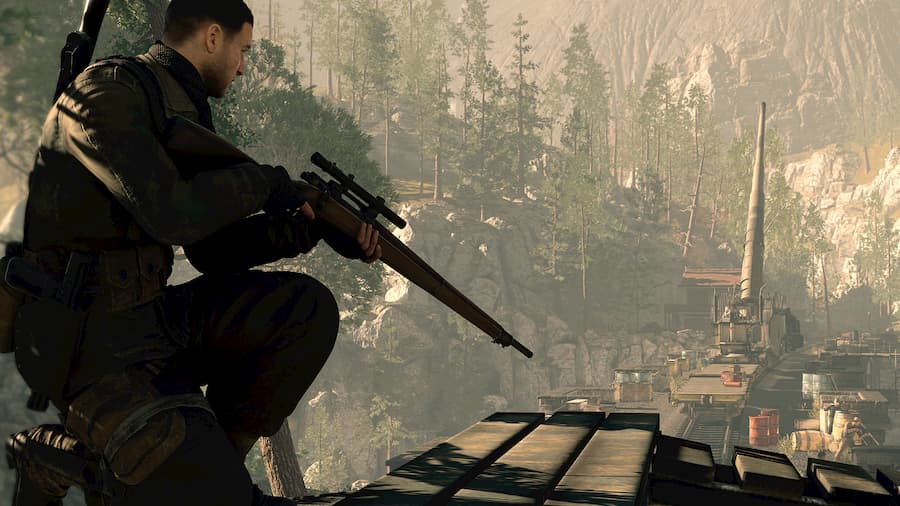 Nowadays, everyone knows you for your own IP Sniper Elite series. Even with its simple but terrific mechanic, just how do you keep killing Nazis fresh and fun?

Jason: Well, that’s the skill of us and the team putting the next one out. We obviously have to deliver on the Sniper Elite promise, which is long distance sniping, kill cams, and the idea that you’re sort of always a secret agent in a war behind the war.

Chris: You build on it, you keep the core of what was good, and then you improve and iterate. People want more of the same but with a new twist.

But how many times can you keep killing Hitler?

Jason: The trouble is if we don’t kill Hitler, we’re going to get howls of dismay from people that want to kill Hitler. And if we do kill Hitler in the next one, we’re going to get howls of people saying we’ve already killed Hitler in the last three. So we’ve got a tiger by the tail. I don’t think we will ever please all of the people, but I think it’s quite likely Hitler will get his comeuppance again. And again, and again.

I don’t think we will ever please all of the people, but I think it’s quite likely Hitler will get his comeuppance again. And again, and again

Despite Nazis being a go-to caricature baddie for decades, with fascism on the rise again, we’re also seeing certain subsets of people taking issue with killing Nazis.

Jason: It’s interesting how the conversation in society is shifting, though you could argue it’s being hijacked by social media, or trolls and bots. But It’s very clear that we’re shooting fascists in the head in Sniper Elite, and will continue to be shooting fascists.

There’s no conflict with your fanbase, right?

Jason: None whatsoever. I think everybody understands we’re shooting Nazis in the head.

Would you ever take a leaf from Call of Duty and bring Sniper Elite to the modern day?

Chris: It’s about finding interesting locations, and there are still a lot of places in WWII that were the ‘Forgotten War’. It wasn’t just about France and Belgium, it was very much a World War.

Jason: One of the great things about the series is we don’t have satellite assistance, GPS, we don’t have drones, we don’t have all of that modern complication. It’s about personal skill, and the mechanical rifle, and some telescopic sights.

You have however spun the series off into Zombie Army. You recently announced the fourth instalment as an Epic Store exclusive. Have you received as much blowback as other high-profile titles have recently?

Jason: You know what, the community has been very supportive. It was a business decision. It wasn’t just about money, it was also about support for the game and what we can do with the game. Most of our fans are grown-ups, they get it. Our biggest concern was how Steam would react, and they were okay. They understood the business case for it and they understood the upside for us in terms of the game, how it was going to be released, and the support that was being offered. As an independent, if we can get a tonne of front page support, then that’s great for us, because that secures people’s jobs, it secures the future of the company. Discoverability is always challenging, even when you’re a big independent like us.

As an independent, if we can get a tonne of front page support, then that’s great for us, because that secures people’s jobs, it secures the future of the company

You also recently announced Evil Genius 2, an IP you originally acquired in 2006. That’s certainly taken some time for fruition. You acquired the IP for that back in 2006 and it’s stayed pretty dormant.

Jason: We did a Facebook version, which was very successful, and helped us realise that there’s a lot of demand for more Evil Genius stuff, but we felt it was probably better in the more traditional business model. But we just didn’t have space for doing it.

Chris: The irony is with 350 people, we’re still limited to the number of things that we can do. 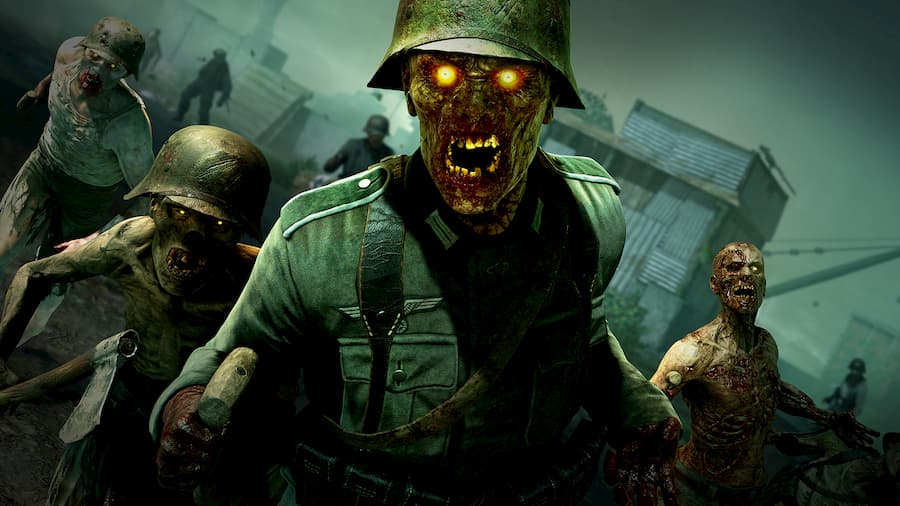 At your scale, is it also in your interest to make larger games that compete with AAA studios rather than breaking into smaller teams working on a bunch of smaller-scale games?

Chris: We operate a portfolio approach for our games. We might have a small idea for a game that we can do quickly with a small number of people or we might have a massive open world exploring game that would require huge numbers of people. The biggest issue is our time. Whether it’s a small game or a big game, we still spend probably about the same amount of time, just in terms of supervising.

Jason: One of our limited resources is the amount of time we can be awake and look at games personally. And that’s limited no matter the money.

As Sony and Microsoft are both aggressively buying studios, what you would say if they were to approach you?

We’re very happy being independent, we’re happy making our own games in our own way

With all the talk now focused on next-gen, are you particularly excited by it?

Jason: They’ll be bigger, better, faster. And that’s great for us to make bigger, better, faster games. The key thing is content. Nobody’s going to buy that plastic box to have it as a decorative item under their TV. They’re going to buy that box because they want to play content on it. And all the big companies know that. Therefore, as independent game makers, we’re in an ideal place because we make the content that they need to sell their box. 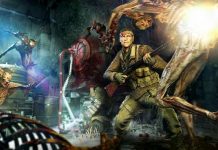