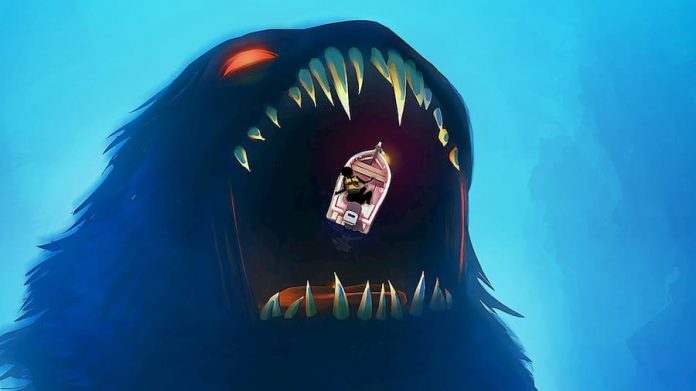 Depression can be one of life’s most difficult feelings to deal with.

You can’t see it, you can’t touch it; it’s just there, constantly creeping into your subconscious. It twists and contorts and squeezes away all hope. The only one who can subdue it, conquer it, or wish it away is you. Adventure game Sea of Solitude from developer Jo-Mei Games tackles issues dealing with depression and loneliness and has the player working to try and beat this invisible monster that most people have experienced in their own lives.

In the game you play as Kay, a girl who has recently turned into a monster but isn’t sure why. As you explore Kay’s world it will change between a bright and beautiful city to a nightmarish world with horrific creatures threatening to swallow her whole. This world is built by Kay’s experiences and traumas which will become more obvious to the player as they speak to more of the monsters and uncover new areas. Each new place is different and brings about a new horrific creature for Kay to deal with. You’ll have to explore the flooding city avoiding these monsters, uncovering secrets, shooing seagulls and more in order to uncover what caused Kay to turn into a monster and how she can change herself back.

Sea of Solitude plays like many of your standard third-person adventure games, but with the addition of Kay’s boat – which acts as a bit of safe zone during the story. Kay can step off the boat to explore the city around her when the occasion calls for it. There’s a bit of an open world-feel to the game at times, where you can wander around the city shooing away seagulls that are found in hidden areas. There isn’t anything significant about the seagulls per se, but it’s fun to try and find them all. You’ll also be able to pick up messages in bottles that seem to have been written by Kay herself. These collectibles add a bit of replayability to the game and encourage the player to wander around rather than follow a single, linear path. 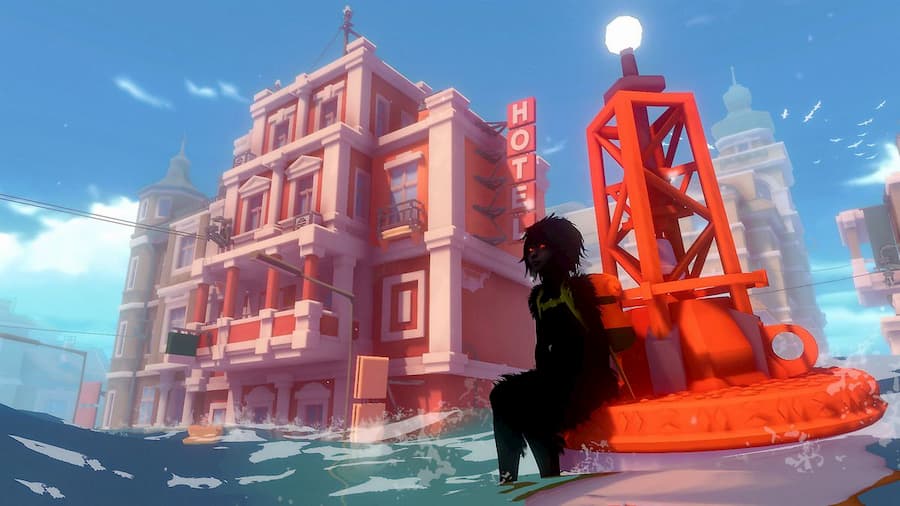 You’ll be guided around by a floating orb that Kay calls “glowy” for the majority of the game, so you probably won’t get stuck trying to figure out where to go. You’re also given a flare that you can use which will tell you which direction to head. So even though Sea of Solitude isn’t exactly linear, there are multiple things guiding you in the direction that you’re meant to go. You can explore, but you won’t wander off for long before you jump right back into the proper path.

At the beginning of the game, you’ll be traversing this flooding city while trying to avoid a horrific black fish monster that talks to Kay as if she knows all about her. One wrong step into the water and the fish will swallow you, so you have to be careful. Sea of Solitude gives you an ability that lets you track where the fish is so you can try and gauge when it’s safe to jump, but I was still swallowed quite a few times. Patience is key here as the fish will follow the same path back and forth in each area, so if you wait long enough, you’ll find a good opportunity to move forward. 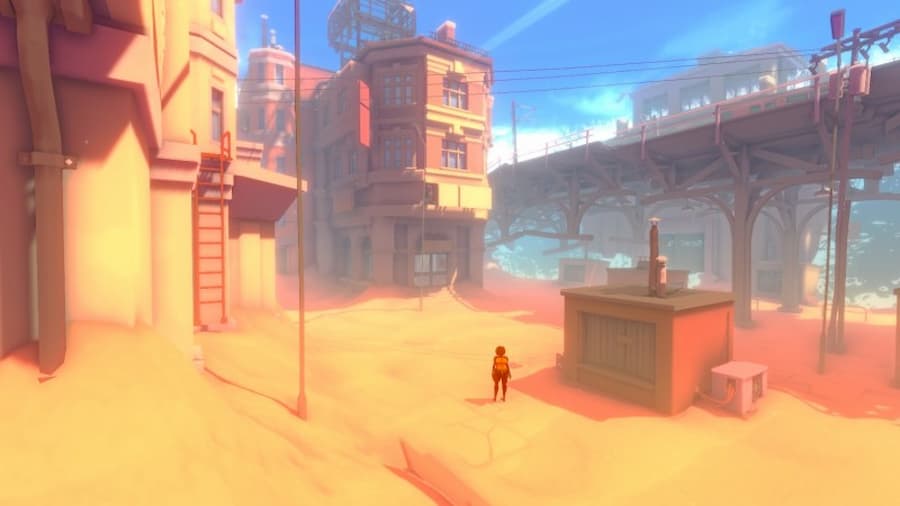 Each new area will bring about a new challenge. In the first area you may have to deal with the fish monster, but later on Kay will have to avoid a fire-breathing lizard and a large crab-like monster with an impenetrable shell. Each of these monsters has a significant relationship with Kay, and it’s particularly intriguing trying to guess which person in Kay’s life they may represent. No new area feels the same as the last, keeping the game exciting and fresh with each new chapter.

Although most of your time with Sea of Solitude will be spent exploring, there are a few moments where Kay will have to engage in a form of combat against dark shadow creatures. Being equipped with her flare for the entire game, these creatures don’t stand a chance one-on-one, but they can be pretty formidable when grouped up by the dozens. The light from the flare is used to “eliminate the darkness” from them and thus release them from their monstrous form. Kay is able to eliminate this darkness by storing it in the backpack that she carries around with her during the game. The more darkness she absorbs, the heavier and more overwhelming her backpack becomes. 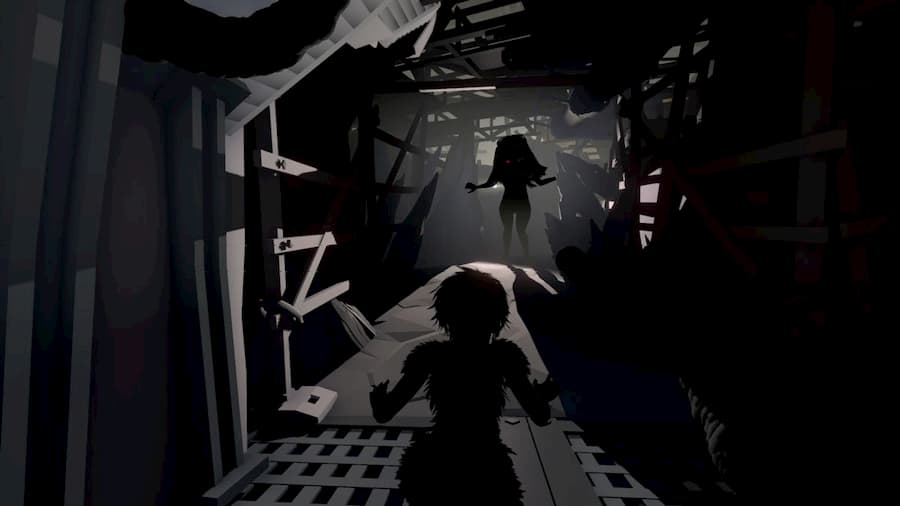 Sea of Solitude‘s gameplay is never particularly challenging as the majority of what you’ll be doing revolves around sending out flares and moving Kay about the world, but it can be clunky at times. If you aren’t careful about debris in the ocean, Kay’s boat can get stuck, forcing you to start over at a previous checkpoint. While not that unforgiving, it can be immersion breaking if you’re in the middle of an exciting moment. I also had a few occasions where the camera would randomly flick through the floor or go inside of Kay’s head in a brief accidental first-person perspective. While only occasional, these small things were sometimes enough to cause me to die or have to start over at a previous checkpoint.

The real brilliance of Sea of Solitude is how each of the manifestations that Kay experiences have significance to a person or event in her own life. When someone is afflicted by a mental illness it may not be visible to the human eye, but on the inside it feels like a real monster, twisting around – and that’s what is represented during this short adventure game. Sea of Solitude gives an invisible illness a real, physical, conquerable form and that itself is extremely powerful. Taking only three or four hours to complete, Sea of Solitude is a lovely, thought-provoking adventure game with a compelling narrative and smooth gameplay. It’s a worthy addition to anyone’s game library.

Sea of Solitude is available on PC, PS4 and Xbox One. We reviewed the PS4 version. 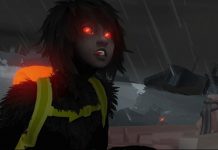 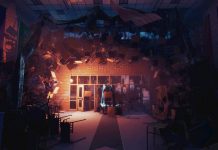