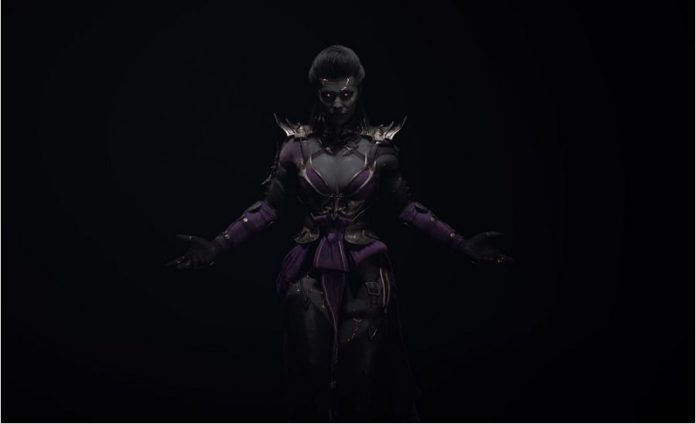 Coming in hot after Shang Tsung, it’s possible that Sindel might be the next DLC character arriving in Mortal Kombat 11.

Up to now, four of the six DLC characters arriving as part of the Mortal Kombat 11 Kombat Pack have been revealed. Shang Tsung is available right now, and while many suspected that Nightwolf might be the next character to be released, Ed Boon posting a reveal of Sindel on Twitter suggests that she may in fact be the next to join the roster. You can see his tweet below.

Also confirmed for Mortal Kombat 11 is Spawn, with Keith David reprising his role from the Todd McFarlane’s Spawn animated series. That leaves two DLC characters to be revealed.

Previously, a Reddit user datamined the Switch version of Mortal Kombat 11 and suggested that the DLC characters for the game would be Shang Tsung, Joker, Nightwolf, Terminator, Sindel, Spawn, Ash, Fujin and Sheeva. Four of those have now been confirmed, and we’ll go out on a limb and say that Ash and Terminator are likely to join the roster too.

Ash Williams from The Evil Dead is known for having a chainsaw attached to his arm, and as the words “And two more guests to be revealed” are displayed in the Mortal Kombat 11 Kombat Pack trailer below, you can hear a chainsaw revving up. Not only that, but the words are then splattered with blood in a very The Evil Dead-esque way. Then, just listen to the music. Does it remind you of anything? It reminds us of the Terminator theme a little. And with Terminator: Dark Fate arriving later this year, a crossover would make sense.

Anyway, we probably won’t have to wait too long for the rest of Mortal Kombat 11‘s Kombat Pack characters to be officially revealed. If you’ve not yet picked up the game, why not read our review to find out why it’s one of the best fighting games currently available? And if you chose to buy it, you can purchase it via Amazon or a whole host of other retailers