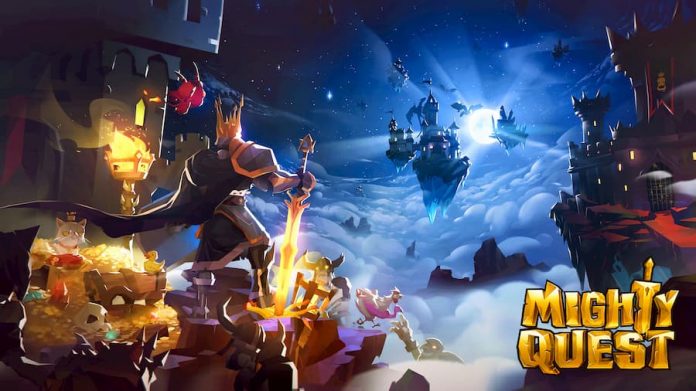 My mobile phone’s battery life has taken quite a beating these last couple of weeks.

First it was LEGO Tower, which drew me in with its lovely, lovely LEGO bricks but ultimately left me feeling bored rather quickly. Then it was The Mighty Quest For Epic Loot, a new mobile game from Ubisoft which brings dungeon-crawling, monster-slaying, loot-collecting action to the mobile format. And you know what? It’s actually rather good.

Okay, it still has all those typical mobile caveats that mean you’ll be tempted to give the game some of your money to increase your progress. But there’s a hell of a lot you can do as a completely free player, too. With an enjoyable gameplay loop, plenty of regular rewards and a surprisingly attractive graphical design and UI, The Mighty Quest For Epic Loot might just be my new favourite mobile game.

Mighty Quest walks you through your paces pretty slowly to begin with. You’ll be shown the ropes on how to move your character (swipe with your thumb) and how to attack (tap the screen). The hand-holding can be pretty frustrating when you just want to get on with it, but a tutorial will guide you through just about everything from equipping a weapon to spending your premium currency. Bear with it, though, and the game opens up into a beautiful playground. There’s a surprising amount to do, especially as you level up and unlock new features.

The core of Mighty Quest will see you running through a series of castles, killing monsters and opening treasure chests as you go. Split into acts, there’s 10 castles in each, and each act has a boss to kill. Levels get progressively harder, so upgrading your weapons and armour is a key component of playing – and is likely the hook that’ll keep you coming back. 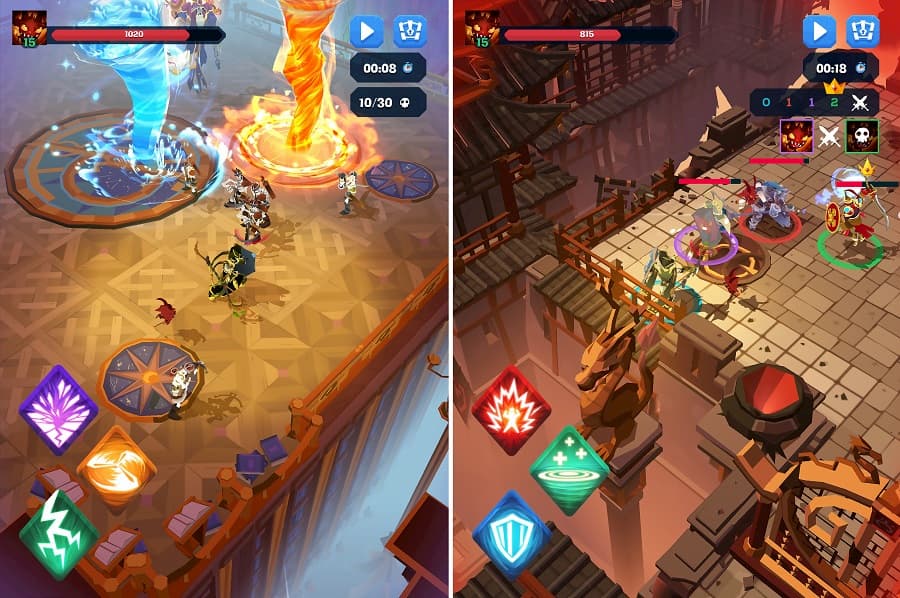 Graciously, the game will reward you some higher-level gear naturally as you play. But you’ll always want more. And as its title suggests, the search for loot is entirely the point of the game. You’ll undoubtedly be tempted to spend some premium currency on epic chests that will give you guaranteed good loot. The game does give you enough resources to open one or two of these once in a while, but if you get hungry for it, you may find yourself twitching near the “buy now” button. You should resist though, as it makes the rewards you find while playing The Mighty Quest For Epic Loot all that sweeter.

The majority of loot you’ll find while running through a castle will be low-level, but that doesn’t make it entirely useless. Aside from gaining new equipment, you can also upgrade what you’ve got. Upgrading weapons and armour means either using upgrade stones, or sacrificing your existing equipment to give your chosen item extra XP. When it reaches max level of its current rank, you can promote it to the next rank, and from there continue levelling it up. The higher level it gets, the more XP it takes to upgrade further. You can also combine two weapons or pieces of armour of the same rank to create a more powerful item.

Of course, all this upgrading costs resources, but these are the type of resources you’ll gather through naturally playing the game. Mighty Quest is very generous in rewarding you: there are daily challenges to complete, a long list of campaign-led challenges, rewards for completing each level, and more. You’ll never feel like you’re not gaining anything by playing for free. 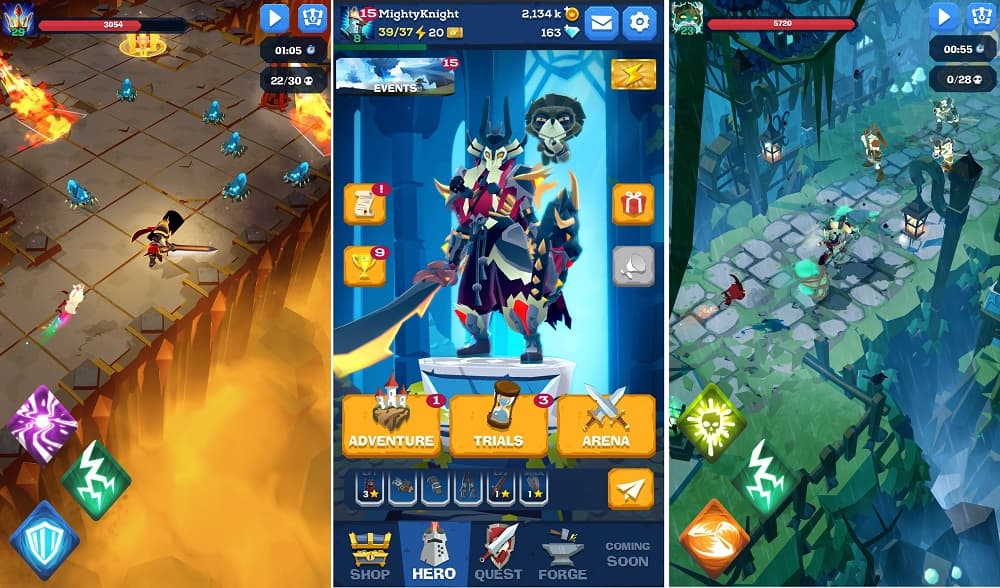 The main thing that Mighty Quest limits you on, though, is energy. Each castle you complete costs energy, and like many, many mobile games before it, Mighty Quest makes it so that you can only complete a handful at any one time. Your energy will refill over a number of hours, and you can buy more for a modest amount of premium currency (that you will earn in the natural course of playing). It’s frustrating when the game forces you to stop when you’re in the swing of things, but it also means you’re forced to take a break regularly. It keeps it from being too consuming, which I suppose is a good thing considering how addictive its gameplay loop can become.

You can still tinker with your items and upgrade what you’ve got without energy, though. And the game’s multiplayer component, battle mode, uses its own separate energy system. As do Mighty Quest‘s daily challenge dungeons that you complete to earn upgrade tokens or gold. So there’s usually always something you can do, even if you’re waiting for your main energy to refill.

The Mighty Quest For Epic Loot is going to have seasons, introducing new challenges as it goes along. At this early stage, it’s unclear exactly how it’s going to pan out. And how well it is supported will probably depend on how popular the game is. But based on the eight or so hours I’ve put into the game’s beta state, I’m pleasantly surprised by what I found. Upgrading my character and seeing my stats rise is just as fulfilling as it is in the likes of Diablo, and earning new loot and completing challenges keeps me coming back for more. I may well end up making one or two in-game purchases at some point, but when a free-to-play game keeps me this engaged, I don’t resent giving the devs a bit of money here and there.

Mighty Quest is available now on iOS and Android.