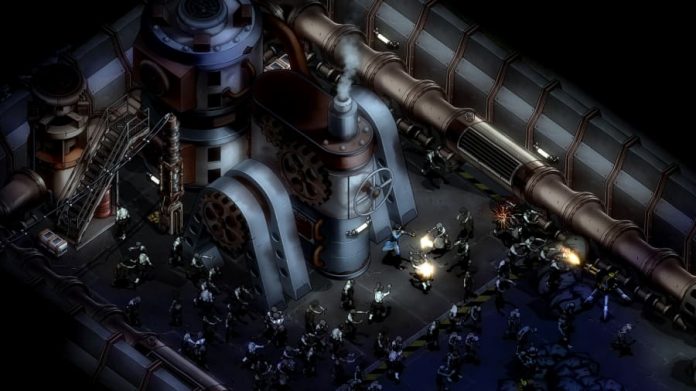 Why couldn’t zombies like celery or artichokes? I’d gladly give them that.

I mean, has anyone ever tried talking to them? Zombies are always hungry, that’s their schtick, so if you offered them regular food, maybe they’d just say thanks and be on their way. Things are a bit more complicated than asking zombies to dinner in Numantian Games’ real time strategy game They Are Billions. Okay, if I’m being honest here, things are way more complicated.

The first thing that you’ll take note of when you start up your first round of They Are Billions is that you have to beat the game in one of the easier difficulty settings before you can move on to something harder. After deciding your difficulty (which is determined by the amount of days you’re given until the zombies begin showing up, or how much of the nearby population is already infected), you’ll be faced with a top-down view of the player’s settlement. This settlement, which is randomly generated at the beginning of every game, is what you’ll be tasked with protecting from the incoming zombie hordes. And you’re going to need a whole lot more then a few stalks of celery to hold off those hungry undead.

There is zero – and I mean zero – hand-holding in They Are Billions. You’ve got to figure it all out for yourself. During my first few games, I won’t lie, I was completely clueless. When you hover over a certain building or person, the game will give you a little bit of information about them, but not enough to really help you.

For example, you’ll start the game with a few rangers. The rangers are one of your main lines of defence against the zombies, but they can also scout out the area so that you can increase your settlement’s land area. Because the game is randomly generated no two maps will ever be the same, so you’ll want to explore and figure out what you’re working with each time you start. Quitters might completely restart the game if their settlement spawned with a Village of Doom nearby, but I ain’t no quitter so that happened to me quite a few times. 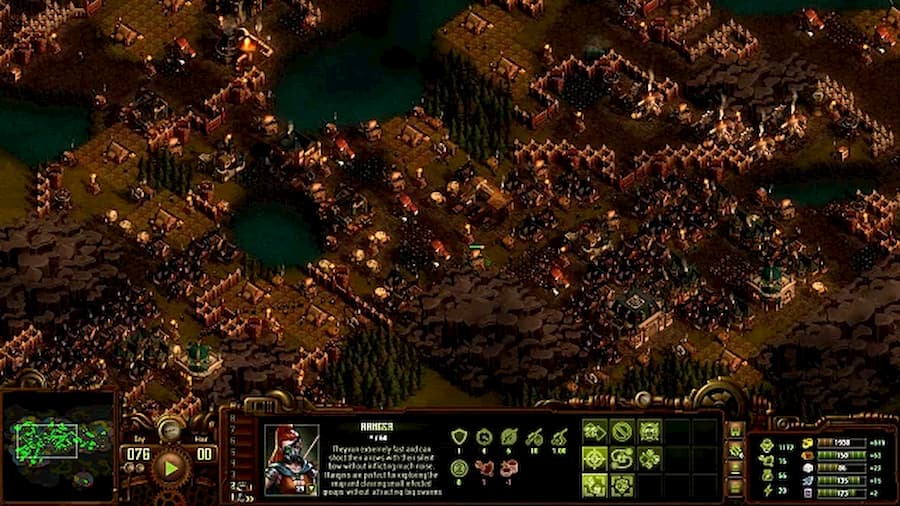 Your first order of business in They Are Billions is to build some tents for your workers. Doing so means that you’ll start earning up money that you can spend on upgrading your settlement. You’ll also want to be sure to establish your perimeter so that your rangers and scouts can start picking off stray zombies that wander too close. Sending your rangers out is also another great way to see what kind of resources you have access to right off the bat. If you make it through your first wave of vicious zombies, the next step is trying to grab more land and toss aside the undead that you eliminated so you can make yourself even more impenetrable.

What’s brilliant about They Are Billions is the true sense of urgency it creates. The hordes are always incoming, and they could attack at any time so you’ve got to be quick on your toes if you expect to live through it. Each new game is guaranteed to be completely different from your last, so even though you may utilise similar strategies, you’re going to have to change plans depending on how things go.

You’ll be arguing with yourself about whether or not you should expand upwards to get your village more wood; doing so could risk revealing a zombie-infested structure you aren’t equipped to deal with yet. Even deciding where to place your structures requires a bit of forethought; you want to ensure you’ve got optimal space for everything else that you need. Players will also need to pay close attention to each and every corner of their settlement because even one straggling zombie, begging for one bite of brains, can mean the difference between failure or success. 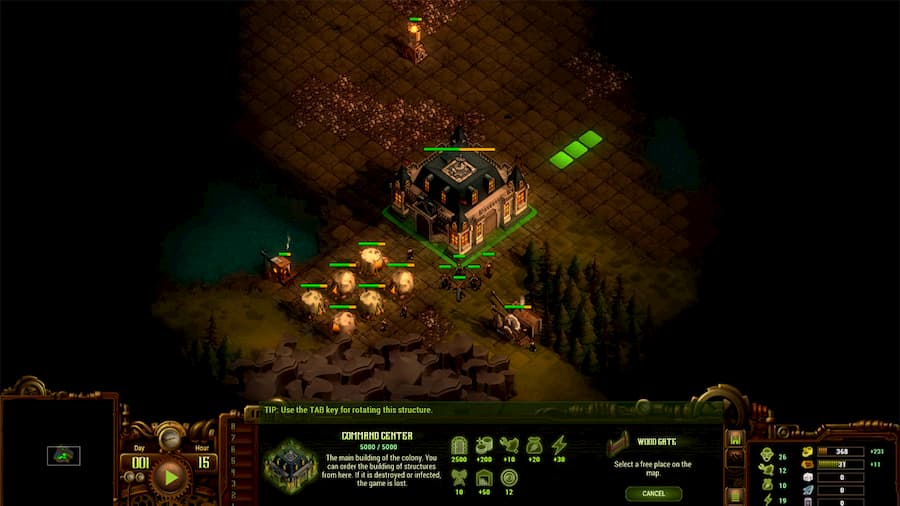 Although most things work smoothly on Xbox One, it’s pretty clear that They Are Billions was designed for PC. Scrolling around the map can be way too fast, forcing you to try and over-correct by moving your “cursor” back in its previous location, only to go too far again until you’re stuck in a seemingly never-ending loop of trying to get your screen centred again. Along with that, when you’re trying to navigate your menu, your cursor may move too slow, wasting precious seconds (and when you get to the harder difficulties every second counts), causing you click on two or three things that you didn’t intend to.

They Are Billions isn’t particularly impressive in terms of its visuals, which is a shame because it has a great style that’s mostly lost in the heat of gameplay. With a top-down perspective it can be hard to appreciate the steampunk aesthetic of the characters and buildings. You can really only see the detail when you hover over the characters in your menu. It can also be difficult to see what’s going on in the heat of “battle” when there’s tonnes of things moving on screen. With a lot going on it would be good if there was a way to slow things down or zoom in to certain sections. That being said, it’s convenient that you can pause the game at any time to restrategise or try to fix things.

Due to They Are Billions’ difficulty, compounded by its permadeath feature, it’s easy to assume that only hardcore gamers will feel welcome in its hostile steampunk world. It’s true; players looking for strategy game that’s going to hold their hand likely will feel out of their depth here. But stick with it and take the time to learn the game’s intricacies, and there’s a lot of fun to be had with They Are Billions. It isn’t for everyone, but there’s not much else that compares to the rush of thousands upon thousands of zombies swarming your settlement all at once.

They Are Billions is available on PC, PS4 and Xbox One. We reviewed the Xbox One version.