BJ Blazkowicz may be the star of the Wolfenstein series, but Youngblood proves it doesn’t need him.

Sure, it still involves him in some way – playing as his daughters, the sole motivation for your escapades is to find him – but at no point do you step into his shoes. And more importantly, you don’t feel like you’re missing anything by not doing so.

Much to the surprise of even the game’s protagonists Jess and Soph, they are just as capable of killing Nazis as their father.

Suited up, Jess and Soph are forces to be reckoned with. They’re agile yet hardy, capable of double jumping and making use of either a cloaking device or a forceful charge. And in a departure for the series, Wolfenstein: Youngblood has an RPG-like levelling system. If a challenge ever seems insurmountable, you can just give it a wide berth and go back later when you’re stronger.

Every level up makes you hit just that bit harder, and awards a skill point that can be spent across one of numerous trees. Weapons have mastery levels and can be upgraded too, allowing you to tweak how they operate. Want your shotgun to hit as hard as it can? Do it, but its firing rate will suffer as a result. And you can equip a flashlight on your rifle if you need to illuminate your path through dark tunnels, but it will limit your ability to stealthily move through areas when equipped. 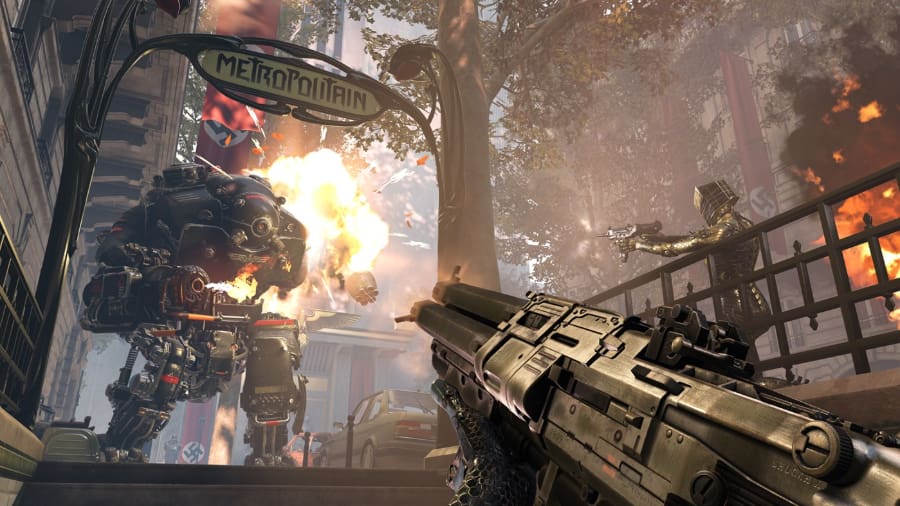 Choice plays a big role in Wolfenstein: Youngblood. Not only do you need to choose which skills you purchase and which guns you upgrade, but also where you go next. Dropping the linear structure of previous entries in the series, you now have a number of small environments that you can explore at will. Each one has numerous missions for you to complete, which are usually handed in at your Catacombs hub, as well as collectables to find and impromptu tasks for you to tackle as you explore.

Ultimately, your goal is to raid three specific locations to access the information that they hold. They are key to locating BJ Blazkowicz. And again, you have a choice as to how you access them. You can charge straight up to their front doors, but you’ll face heavy opposition if doing so. Instead, you might prefer to seek in via underground tunnels. You’ll still face some stiff opposition, but it’s much more manageable. However you choose to get in, after some exploration and plenty of Nazi killing, you’ll eventually find yourself fighting against an epic boss.

The action in Wolfenstein: Youngblood is much more gung-ho than in previous Wolfenstein outings. Stealth isn’t really an option beyond thinning enemies down before engaging the rest in a violent firefight. You need to kill to gain valuable experience, and the game is geared to provide you with ample ammo, health and armour to go in all guns blazing. Designed around co-op play, it’s pretty hard to truly die in Wolfenstein: Youngblood too, even though the game is by no means easy. 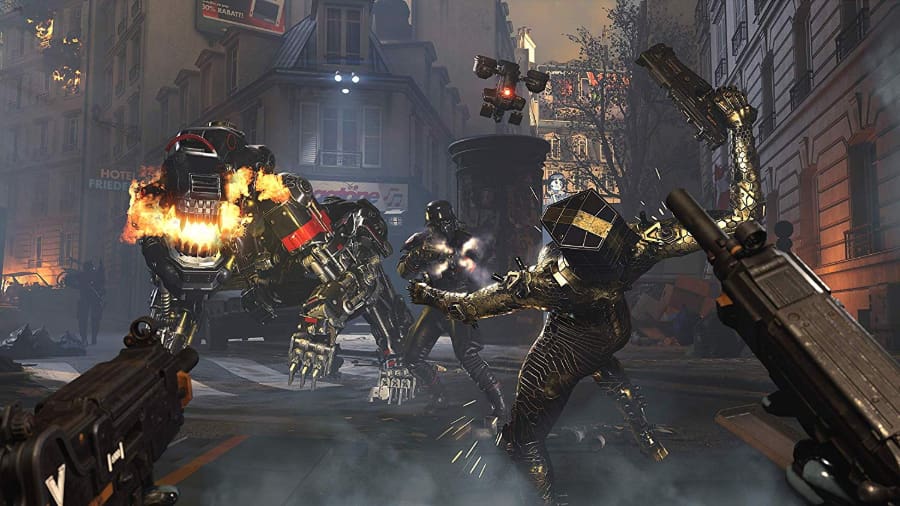 Whether playing on your own or with another player, both Jess and Soph are always present. If one of them goes down, the other has a limited amount of time to pick their partner back up. If that doesn’t happen, a shared life is lost, and you can have up to three of them at any one time. In most instances, however, being downed can be avoided by pepping each other up. With just a push of a button, Jess and Soph can give each other encouragement, boosting their health or armour to allow them to fight on just that bit longer.

It’ll take you just under ten hours to blast through Wolfenstein: Youngblood‘s main missions as soon as you can. Endeavour to complete all of its side missions, however, and you might stretch your playing time to around fifteen hours. For £24.99/$29.99, that’s not bad at all. Those who seek to obtain all abilities and master every gun will get the most out of the game, but it will eventually start to feel grindy unless they’re having a ball taking apart Nazis with friends.

Wolfenstein: Youngblood does have some issues that sometimes put a downer on your fun though. When playing alone, for example, your computer-controlled partner can sometimes be extremely stupid, just standing there while you do all the hard work, or even worse, when you’re on the floor calling for help. If you do manage to run out of lives, having to restart back at the last checkpoint can be a pain whether you’re playing alone or not, especially if it means losing considerable progress. You keep any collectables found and experience earned though. 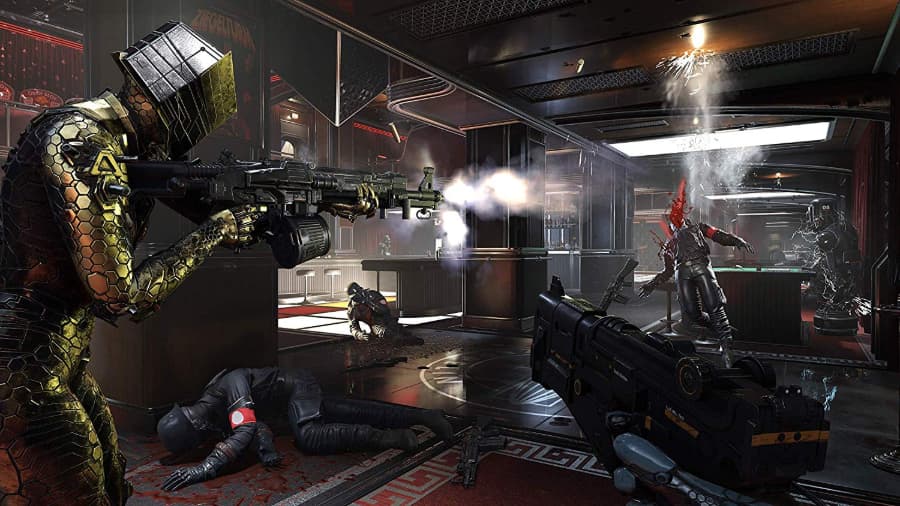 It’s the sheer number of enemies you’re sometimes faced with in Wolfenstein: Youngblood that’s the main problem. Often, you’ll have a very enjoyable fight with one wave only to have another appear, and then another. Combined with the game’s new level system, which means some enemies take a while to take down unless you use weapons that they are weak against or target their weakpoints, combat sequences can frequently feel drawn out.

Despite its issues though, Wolfenstein: Youngblood remains yet another solid entry in the Wolfenstein series. It’s considerably lighter on story than BJ Blazkowicz’s recent outings, but it makes up for it with its lighthearted tone and balls-to-the-wall gunplay. This is a game all about killing Nazis and having fun while doing so, which is made easy thanks to your range of weapons and abilities. It’s no doubt better when played with a friend, but even if you plan on playing it alone, Wolfenstein: Youngblood is worth picking up.

Wolfenstein: Youngblood is available on PS4, Xbox One, Switch and PC. We reviewed the Xbox One version.

Want to support GameSpew? Buy Wolfenstein: Youngblood using our Amazon affiliate link. It won’t cost you anything extra, but we’ll get a small slice of the purchase.