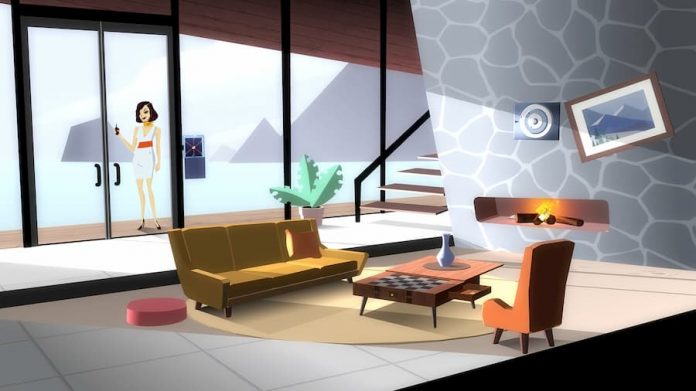 There’s something quite special about a puzzle game that requires you to have a notebook and pen by your side.

It’s also quite a rarity in this day and age, so I was pleasantly surprised to find that Agent A: A Puzzle in Disguise, packed in numerous puzzles that required me to jot down telephone numbers and codes, and take photos of various patterns. It’s a refreshing feeling to solve a puzzle with your own brainpower alone.

Starting out life as a mobile game, Agent A is a five-chapter game that’s just made its way to PC and consoles. While chapters one to four rolled out between 2015 and 2017 on mobile, the fifth has been long-awaited, and finally sees its release on mobile alongside the complete collection on other formats.

Playing on console, the chapters roll seamlessly from one to the next, although once you’ve completed the game you can  jump back into any chapter to replay. No chapter is clear-cut from the rest, as you’ll find yourself revisiting areas and using clues from previous chapters. Agent A is not a long game by any means; it’s easily completed in three or four hours, but it’s fun while it lasts.

If you’ve ever played a browser-based ‘escape the room’ game that were most popular in the early 2000s, Agent A‘s format will feel familiar to you. From a first-person perspective, you’ll take control of a cursor with which you can interact with various objects in your environment. Clicking a door will take you to another room, and clicking on a table will give you a close-up, providing there’s something for you to investigate. You can pick up items and store them in your inventory to use later. It’s a point and click game at its most basic, but that’s not necessarily a bad thing. 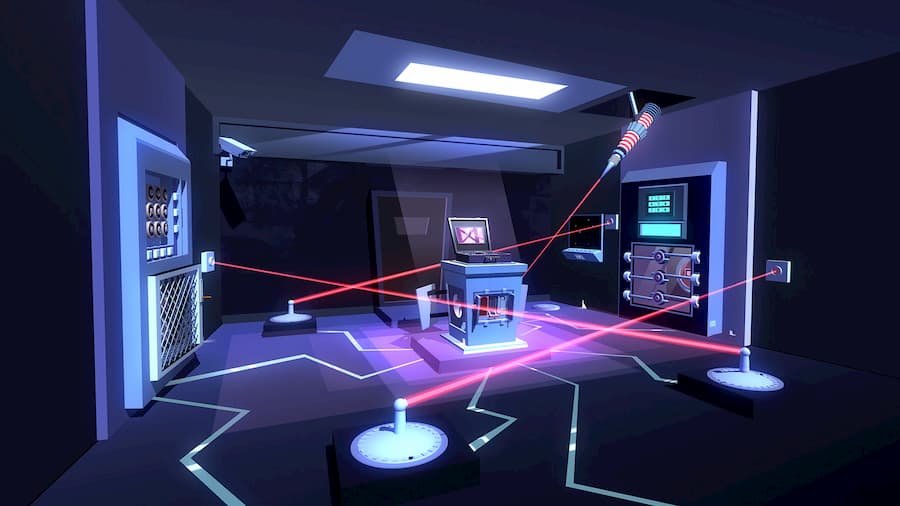 While a narrative does tie Agent A: A Puzzle in Disguise‘s chapters together, it’s hardly Shakespearean in depth. You’re a secret agent, and you’ve tracked down the evil Ruby La Rouge to her hidden lair: but she’s got plenty of tricks up her sleeve to thwart you yet. You’ll be cracking safes, figuring out secret codes and exploring every nook and cranny of her evil lair in order to catch her out.

Your character, the faceless Agent A, interacts with you by giving commentary when you click on an object or solve a puzzle. There’s no spoken dialogue, so everything is via text. Voice acting would be nice, but it’s not to the game’s detriment. The written text sits somewhere between being humorous and awful; a few choice lines may get a chuckle out of you, but more will undoubtedly make you shake your head in embarrassment. The worst offender has to be a joke about something making a “clicking” noise and comparing it to people’s joints at an arthritis convention. It’s a low bar in the comedy stakes. 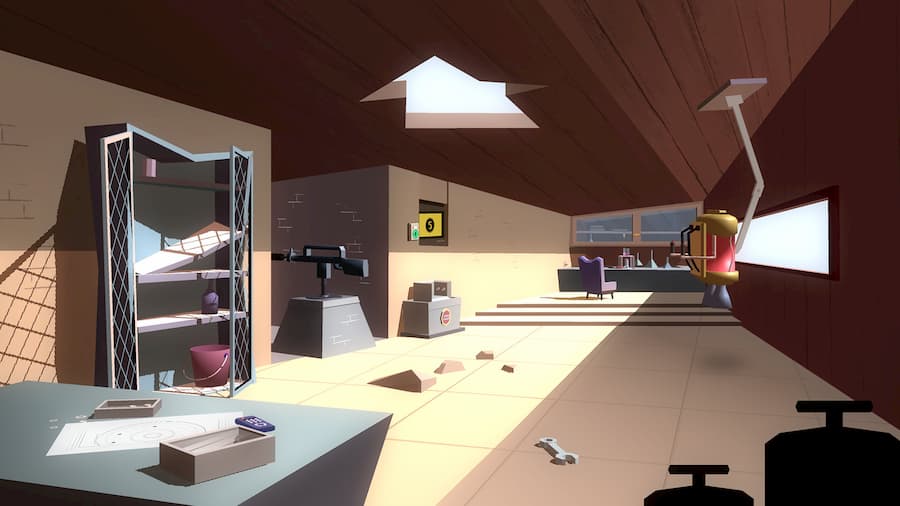 The puzzles themselves are pretty old-school, but all the better for it. There’s no nonsense solutions here; everything can be solved by logic alone. Some solutions are perhaps too easy, but coming across those that do require you to make a few notes are very satisfying. The odd times you do find yourself stumped is usually because you’ve missed something; either an item you need to pick up, or an area that you didn’t realise was there.

That’s perhaps my only complaint about Agent A’s gameplay. It could benefit from some kind of signposting. On mobile or PC, you can either jam your finger everywhere on the touchscreen or click with your mouse like a madman to find active points. On console, moving the cursor with your thumbstick, the process is altogether more laborious. It’d be handy if a button press could highlight points that can be interacted with to save lost time.

If you can put up with the odd groan-worthy joke, Agent A: A Puzzle in Disguise is a very welcome call back to puzzle games of old. It’s a great way to take your brain out for a spin without pushing it too hard. The story might not be the most developed, but it doesn’t matter; Agent A isn’t a game you play for its narrative – it’s entirely about the puzzles. And thankfully, for the most part, they deliver exactly as promised.

Agent A: A Puzzle in Disguise is available on PC, PS4, Xbox One and Switch. We reviewed the Xbox One version.