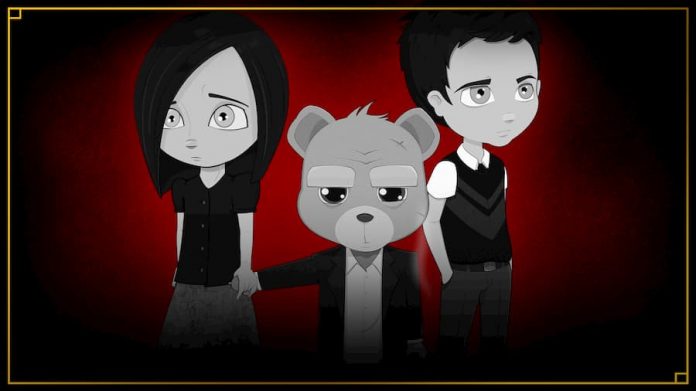 Although presented in black and white, Bear With Me isn’t your typical noir adventure. Mostly because your protagonists are a little girl and an anthropomorphic stuffed bear.

Originally released episodically on PC, the full series of Bear With Me – that is to say, all four episodes – are now available, and as such they’ve made their way over to console. The game retains its episodic nature in the Complete Collection, allowing you to jump into any one of the four chapters at your leisure. There’s no need to play them in order if you’d rather not, although doing so may leave you scratching your head over the narrative.

Bear With Me‘s titular main character is Ted E. Bear, a child’s stuffed toy who also happens to be a retired private investigator. For most of the game, he’s accompanied by Amber, a young girl who’s presumably his owner. The first episode takes place within the upstairs of Amber’s home. Her own bedroom houses Bear’s office, while her brother’s bedroom is a hideout for criminals. Further episodes take place in “Paper City” – a sprawling noir metropolis – but every so often, a line of dialogue will remind you that everything around you is simply the product of a child’s imagination.

In that regard, Bear With Me is incredibly sweet, despite its narrative being concerned with crime, kidnapping and espionage. Later chapters make it easier to forget that everything you’re experiencing is simply make-believe, but regardless of how you approach it, Bear With Me‘s story is still entertaining. Every character is fully voiced, and to a high standard, allowing you to fully immerse yourself in the game’s world. There’s quite a lot of dialogue at times, which can make playing Bear With Me a slow-burning exercise, but providing you’ve played from chapter one and you’re invested in the narrative, you’ll likely want to take it all in. 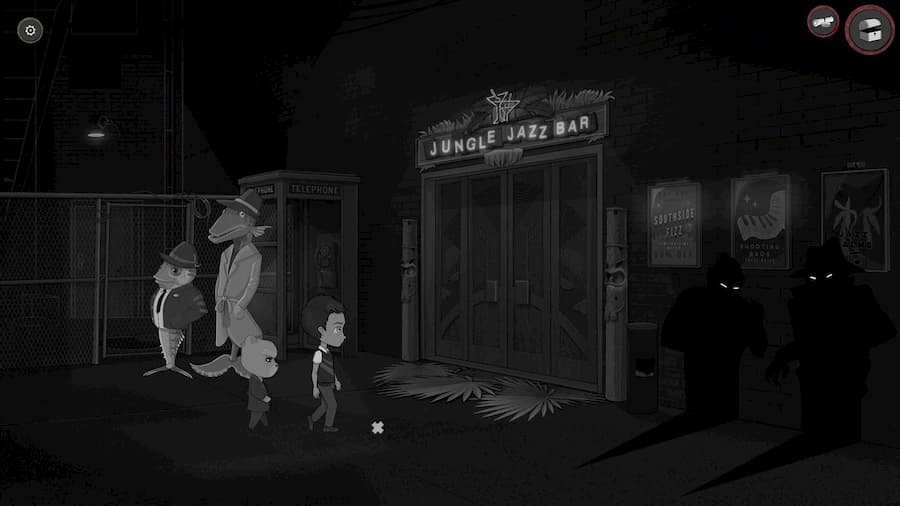 In terms of gameplay, Bear With Me is exactly what you’d expect from a console port of a point and click game. Your left analogue stick moves a cursor around the screen, with text markers appearing over objects you can interact with. A click of your right shoulder button brings up your inventory, and from there you can combine items, or use them in the environment.

Thankfully, none of the game’s puzzles are ever too obtuse; often they’re almost too simple. It’s rare Bear With Me will leave you scratching your head over a solution, but it can be occasionally difficult to ascertain where you need to go next. There’s no hint function, or an in-game notebook that charts your progress and next steps. It’s rarely a problem, but if you leave the game mid-episode for a few days you might find yourself struggling to remember the exact task at hand.

What’s most perplexing about the console version of Bear With Me: The Complete Collection is that all of its achievements are tied to chapter four. The only chapter with a title of its own, The Lost Robots, is presented as the main course of the game, with it taking up a full half of the chapter select screen. It’s a strange choice, as it’s no longer than the previous three chapters, and doesn’t stand out in any meaningful way – except this time, Ted is accompanied by Amber’s brother, Flynn, rather than Amber herself. Thanks to the way The Lost Robots is presented, players may find themselves compelled to jump straight into this final chapter. And while there’s nothing to stop you doing that, much of the narrative will be lost on you. 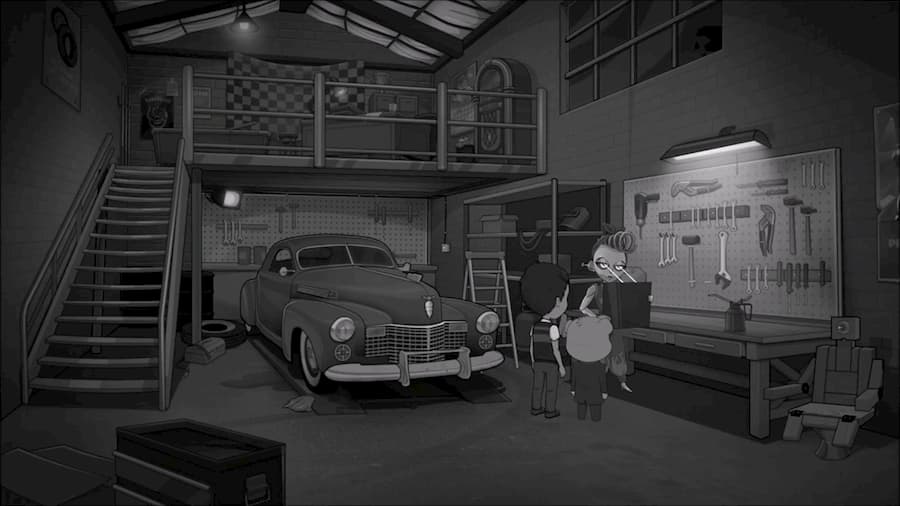 None of the chapters are particularly long: each one will take between an hour or two to complete, providing you don’t get stumped on any puzzles along the way. It means that Bear With Me‘s individual chapters are the perfect size to play through in one sitting – and for its budget asking price (£12/$15) there’s plenty of content overall to make it a worthwhile purchase.

If you’re a fan of traditional point and click adventure games, there’s a lot to like about Bear With Me: The Complete Collection. Its black and white presentation and 1930s noir-style storytelling sets it apart from the crowd, as does its unusual cast of characters – teddy bears, robots, talking fish and stuffed giraffes are just a few of who you’ll meet along the way. It’s a shame that only chapter four has achievements, however, as the previous three chapters are just as deserving of your attention. Regardless, if you dig talking bears and puzzle solving, Bear With Me deserves a place in your library.

Bear With Me: The Complete Collection is available on PC, PS4, Xbox One and Nintendo Switch. We reviewed the Xbox One version.