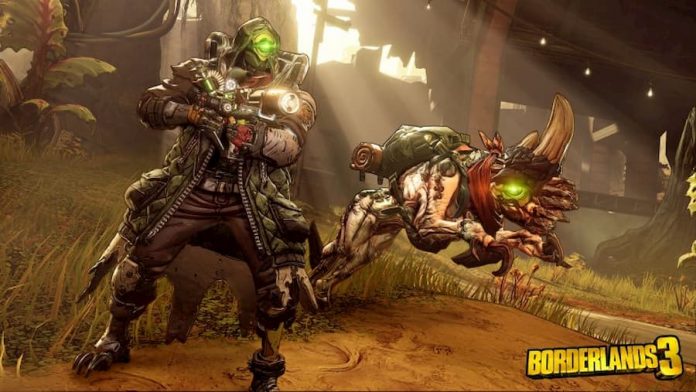 If you’ve ever wanted to hug a skag then Borderlands 3‘s character FL4K is just for you.

In the last week or so Gearbox have revealed character trailers for each of the upcoming playable characters in Borderlands 3 – Amara the Siren, Zane the Operative and Moze the Gunner.

Revealed as the last playable character for the game is FL4K the Beastmaster. FL4K isn’t alone in his fight as he is joined by some of Pandora’s most powerful beasts. FL4K’s abilities involve commanding his loyal followers to attack specific enemies, breaking up groups of baddies, and much more.

FL4K’s “Hunter” ability allows him to use both rakks to attack enemies from above and his spider ant pet to infect enemies on the ground with powerful elemental effects. “Master” gives FL4K the ability to teleport his pet to a target location with a blast of radiation damage. In a spot of trouble he can also use this ability to heal his pet. Finally, the “Stalker” ability gives FL4K and his companions a quick getaway, allowing them to disappear for a short period of time. When they reveal themselves FL4K’s first three shots are guaranteed critical hits.

FL4K really is the master of the beasts and we can’t wait to get our hands on this character and see how he does against hordes and hordes of psychos.

Want to support GameSpew? Preorder Borderlands 3 using our Amazon affiliate link. It won’t cost you anything extra, but we’ll get a small slice of the purchase.