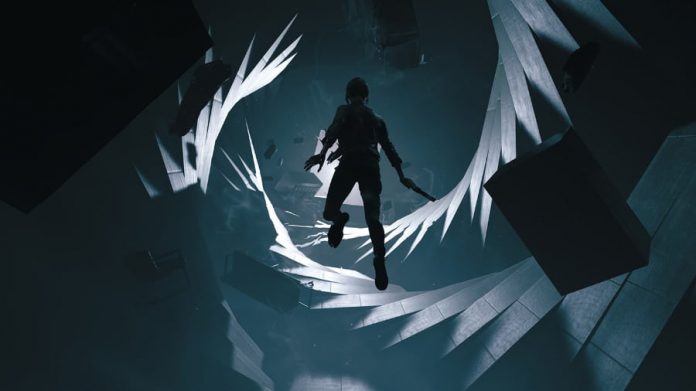 With Remedy’s pedigree, there was never much doubt about Control being good, it was always just a question of how good.

The answer is: very good. Almost perfect, in fact.

With Control, the apple doesn’t fall far from the tree. Like Max Payne, Alan Wake and Quantum Break, Control is a third-person shooter with a riveting story at its heart. Playing as Jesse Faden, the narrative begins to unfold as you walk straight through the doors of the Federal Bureau of Control. And things become weird instantly, like David Lynch weird. Within minutes you’ve become the director of the bureau, something that your co-workers seem to get their head around way too easily. But Jesse’s fine with it; she feels at home at the FBC. Plus, it will only make things easier for her as she pursues her true reason for being there: to find her brother, Dylan, taken by the FBC some 17 years ago.

To say anything more would spoil Control‘s captivating story for you. All you need to know is that it’s interesting and quirky. And if you want to dig deeper into it there are over 100 documents for you to find and read, as well as plenty of recordings to listen to. The world of Control is wonderfully fleshed out, and the characters you meet feel real. You’ll care about each and every person you come across because they’re so likeable. It’s perhaps because the dialogue that plays out between Jesse and the employees of the FBC is frequently laced with humour; a nervous humour that only shows its face when faced with catastrophe. 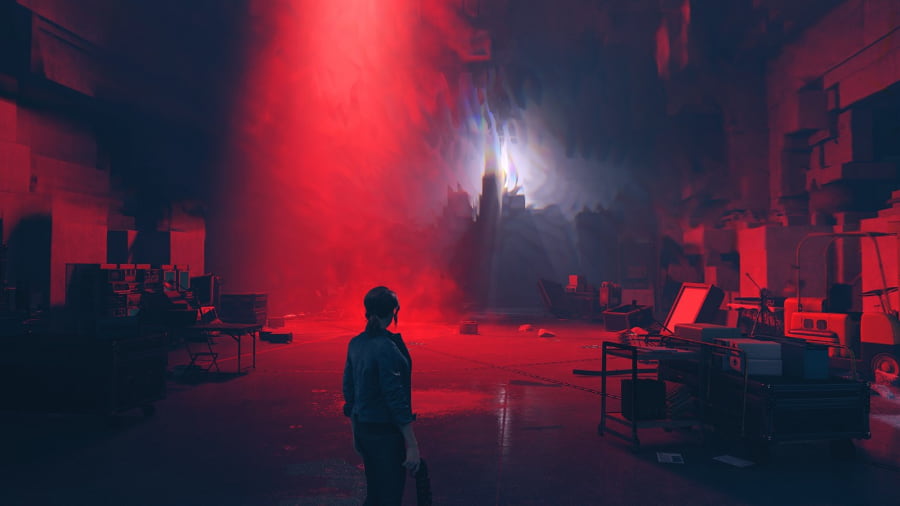 It’s the action that’s the real star of Control though. While Jesse only has access to one gun throughout her journey, it can handily morph between five forms once you’ve unlocked them all. The standard form, Grip, acts just like a regular pistol, but by the end of the game you’ll have access to forms such as Shatter, which is essentially a shotgun, and Charge, which is somewhere between a rocket and grenade launcher. Each form can be upgraded, too, increasing its base damage. And each upgrade also allows you to equip one further weapon mod, up to a maximum of three, to customise its parameters.

Alongside your Service Weapon, a number of powers are also eventually at your disposal. Telekinesis enables you to pick up objects and hurl them at your enemies, a supernatural dash allows you to quickly get out of harm’s way, and a shield can be put up to protect you from incoming fire. You can even take over the minds of weakened enemies to make them fight for you, and take the action to the air by levitating. The key to success is mixing up your powers with gunplay. You can’t run out of ammo but your Service Weapon does need reloading from time to time. And most powers require energy to be used. By balancing your use of both, you never need to stop wailing on your enemies. 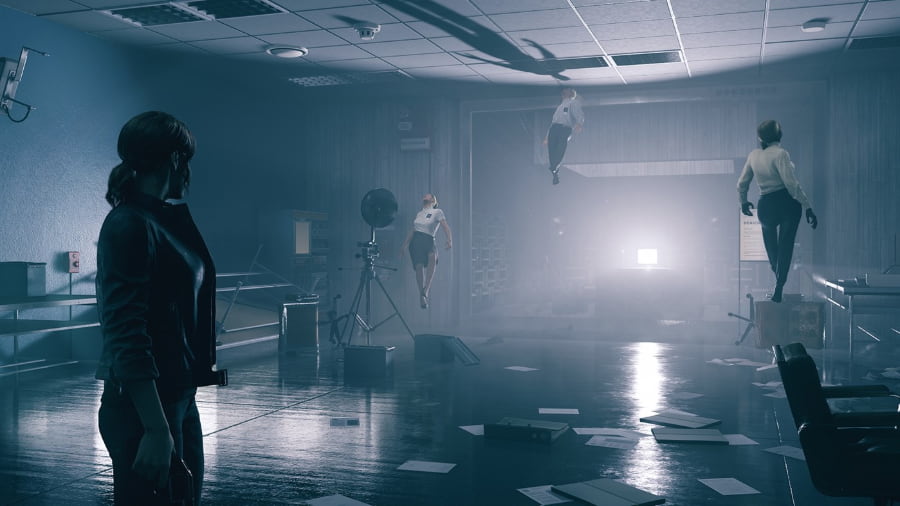 Your enemies – mainly FBC employees taken over by a strange supernatural force called The Hiss – are quite a varied bunch. Typical workers don’t pose much of a threat at all, but big armoured foes protected by shields will make you think about your approach. There are ghastly enemies that that charge at you, too, exploding when they get close, and flying enemies that have their own telekinesis powers. They make each and every combat encounter electrifying, and so does the amount of destruction you can cause. Windows shatter, walls crumble, and desks splinter. And when enemies are defeated, they disappear into a haze that’s both mesmerising and disorienting. Every fight is a spectacle.

Where Control differs from Remedy’s past works is that it’s not a linear adventure. Let loose in The Oldest House, you can choose to pursue one story mission after the next if you want, but that’s not the ideal way to play. You’re pretty much free to go wherever you want, whenever you want. You’re only limited by your abilities and security clearance. You’ll pick up some side missions as you go about completing the main story, but some you’ll have to go out of your way to discover. And it’s worth doing so, as some of Control‘s side missions are home to its most outlandish and challenging encounters. Plus, every mission you complete rewards you with some skill points to increase your abilities, and maybe one or two other goodies. 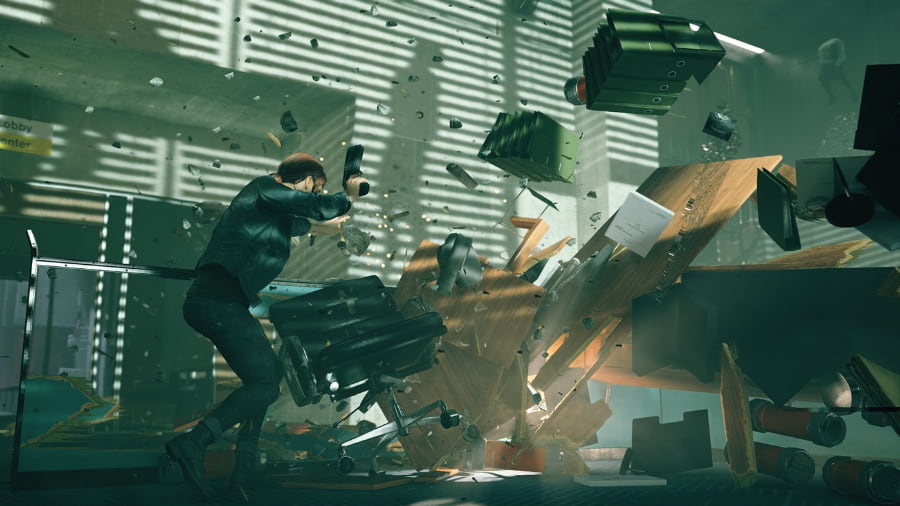 Heading through Control‘s story while taking in the ambience and completing a handful of side missions took me around 15 hours. Finishing the remainder of the side missions will probably push my playing time up to 20 hours, and others might find themselves playing a little longer. Impromptu Bureau Alerts give you reason to head to specific parts of The Oldest House to engage in encounters and reap the rewards, while three challenges can be picked up at any one time when visiting a Control point, a place where you can fast travel, upgrade your abilities and craft new items.

Unfortunately there are just a couple of issues that prevent Control from being perfect in my eyes. Performance is one of those. When fight gets real hectic – and they often do – it isn’t unusual for Control to drop some frames for a second or so, even on Xbox One X. It’s kind of understandable to be honest, given how much destruction you can cause and the abundance of special effects. What’s not understandable, though, is how performance dies for a few seconds when you pause and then unpause the game. It’s not the biggest issue, but it might irritate you. 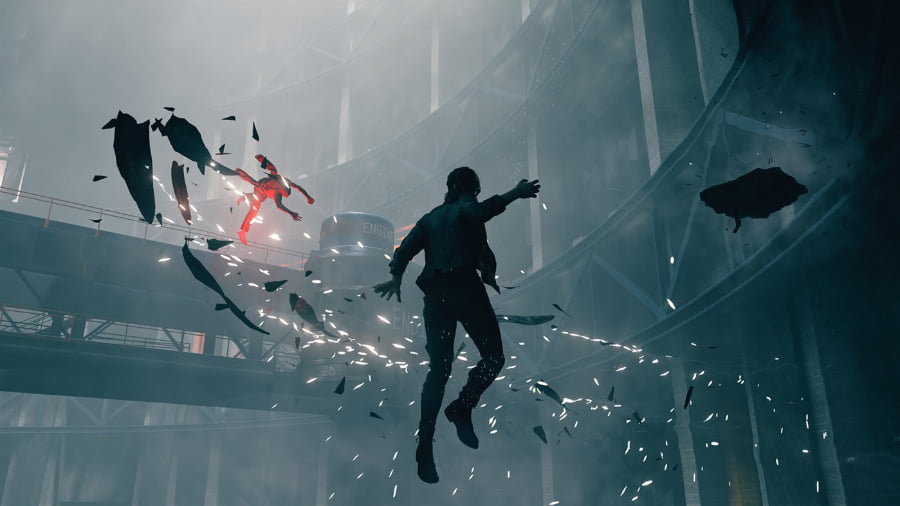 Checkpointing is Control‘s biggest problem though. If you die, you get respawned back at the last Control point you visited. Sometimes that can be pretty far away, making you retread your steps. It’s an issue that really becomes ugly when tackling some of Control‘s tougher bosses and sections. You might explore and find a giant monster to fight, for example, only to die because it created a hole in the floor that you didn’t see. You’ll then have to sit through a loading screen to respawn, run back to the encounter while listening to some dialogue that you’ll have heard before, and then have another go. Control would benefit greatly from checkpoints before big encounters. And maybe also some during protracted action sequences.

But Control is so good that even when faced with such annoyances you just jump right back in. It’s like a Remedy greatest hits compilation, taking the best bits from all of the studio’s previous titles while adding a Metroidvania spin, and it really works. What’s even more impressive is that it feels fresh and unique. Thanks to the ever-changing and otherworldly nature of The Oldest House, Control has a varied range of environments that somehow feel cohesive. And while it has the usual mix of gunplay and powers, they combine to create combat that’s faster-paced and more frenetic than ever before. This is Remedy at the height of its game. It’s just a shame that a couple of annoyances hold Control back from being flawless.

Control is available on PS4, Xbox One and PC. We reviewed the Xbox One version. 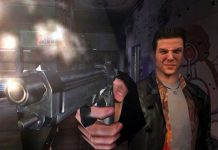