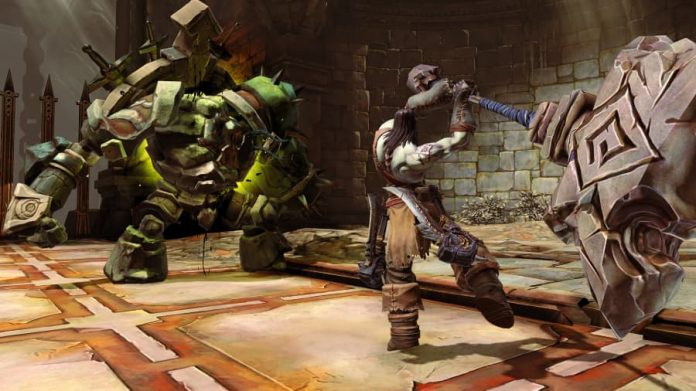 With Darksiders Genesis set for release on PS4, Xbox One, Switch and PC later this year, those who haven’t yet played earlier entries in the series still have time to catch up.

And Darksiders II will soon be available on Switch, so you won’t need to be sat in front of a TV or monitor to do so, either.

On 26th September, Darksiders II Deathinitive Edition will land on Switch, allowing players to take control of Death himself. All of the DLC released for the game will be included, providing over 30 hours of content. And as well as balance changes, Switch players will be able to enjoy enhanced visuals compared to the original version of the game.

Darksiders Warmastered Edition, the enhanced version of the first game, was released on Switch earlier this year. You can read our review of that here. But it’s safe to say that after that port, Switch owners should look forward to the arrival of Darksiders II Deathinitive Edition. It’s a very good action-adventure game with plenty of loot, thrilling combat and entertaining puzzles. The only question now is will Darksiders III make its way to Switch?

Check out the Switch trailer for Darksiders II Deathinitive Edition below.