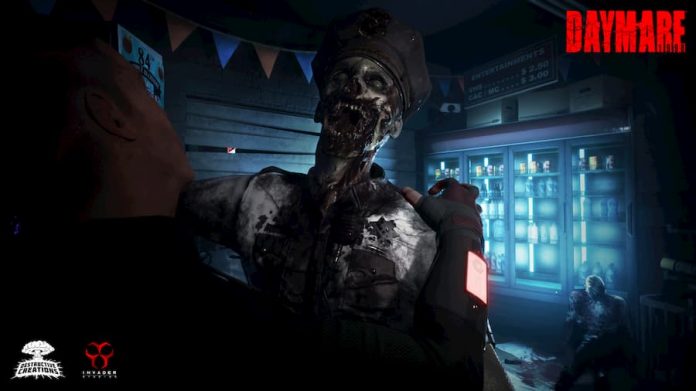 Tense and terrifying, Daymare: 1998 is claiming to capture the spirit of 90s survival horror, and it’ll be lumbering onto PC this September.

Experience the story from the viewpoints of multiple characters as you fight the residents of what used to be a peaceful town, transformed into horrific monstrosities by a chemical weapon.

Invader Studios claims that Daymare: 1998 is inspired by classic survival horror games from the ’90s – and when they say “classic survival horror games from the ’90s”, they mean Resident Evil. I’m not even being facetious; quite literally the project started out as a fan-made modern remake of Resident Evil 2. Well, that is until Capcom took the wind out of their sails by actually releasing an official remake.

The similarities between the two games are hard to ignore, from the over-the-shoulder shooting to the “biochemical accident causes zombie mutations” plot, but these are things that are obviously going to appeal to fans of the Resident Evil franchise, and there are already lots of people excited about Daymare: 1998.

So if you’re wanting a new game to fill the gap that was left when you finished the Resident Evil 2 remake, Daymare: 1998 is coming to Steam on September 17th and is certainly one to check out.