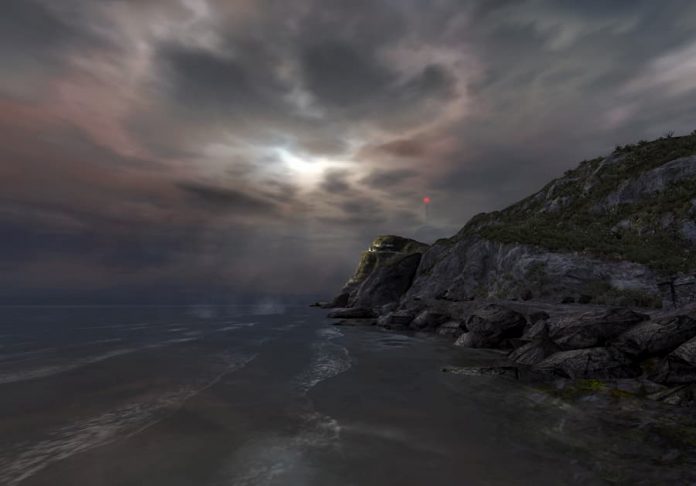 Dear Esther, the first commercial title from British developers The Chinese Room, is getting an iOS release.

An atmospheric walking simulator, Dear Esther sees you roaming an uninhabited island in the Hebrides, mourning the death of your character’s wife.

Along the way you uncover information about other characters who may or may not have inhabited the island. There are no puzzles to solve, but you have plenty of time to dwell upon your own (possibly unreliable) recollections.

Dear Esther began life as a Half-Life 2 mod and was later remastered for the PC, Mac, PS4 and Xbox One. The Chinese Room went on to release Amnesia: A Machine for Pigs and Everybody’s Gone to the Rapture, a similarly passive (but enjoyable) game. The company was later bought by Sumo Digital, who is publishing Dear Esther’s iOS incarnation.

We reviewed the game back in 2016, noting that “the starkness of Dear Esther tows the line, but thankfully it manages to keep you engaged through intrigue, confusion and ambiguity.” You can find out if Dear Esther’s lonely trip is still worth taking when it lands on iPhones and iPads later this year.