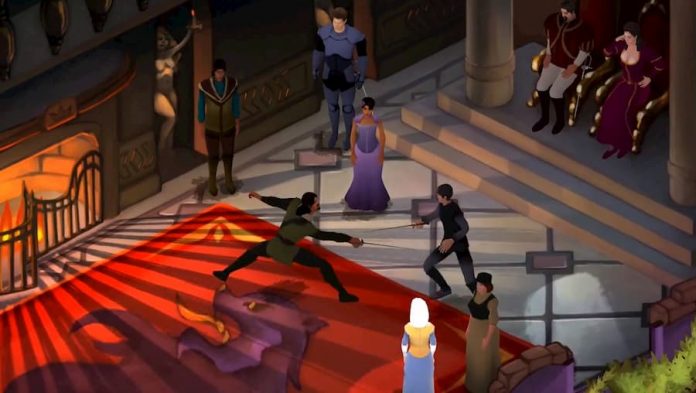 Elsinore is pure Shakespeare; everyone’s lovesick, miserable or destined to meet their end in an unnecessary and over-dramatic fashion.

Think I’m being too harsh? The mark of a Shakespearean comedy isn’t that you split your sides watching it, but that the main characters are still alive when the curtain falls. Hamlet, the play Elsinore draws upon – though Shakespeare’s other works get a look in – is one of the grimmest; which is why the prospect of averting all the misery and murder is so appealing.

As Ophelia, the game’s female lead, you’ve acquired the supernatural ability to relive the same few days, to fast forward time and even reset the temporal loop with a snap of your fingers. Furthermore, you’re the only one who remembers the events of previous loops, giving you an eerie degree of omniscience; learn the location of a lost treasure and next loop you’ll be able to swan up and put it in your pocket.

And, for the first few loops, the sense of power is intoxicating. You stride through the corridors of Kronborg Castle (where the bulk of the game takes place) confident that you have the edge. The user interface bolsters this heady sensation; you can free roam, where clicking on a room will walk you there, or with another click, you can follow a character and observe their routine. The icing on the cake is, after a prior conversation, being able to confront a character with a secret that you shouldn’t know. 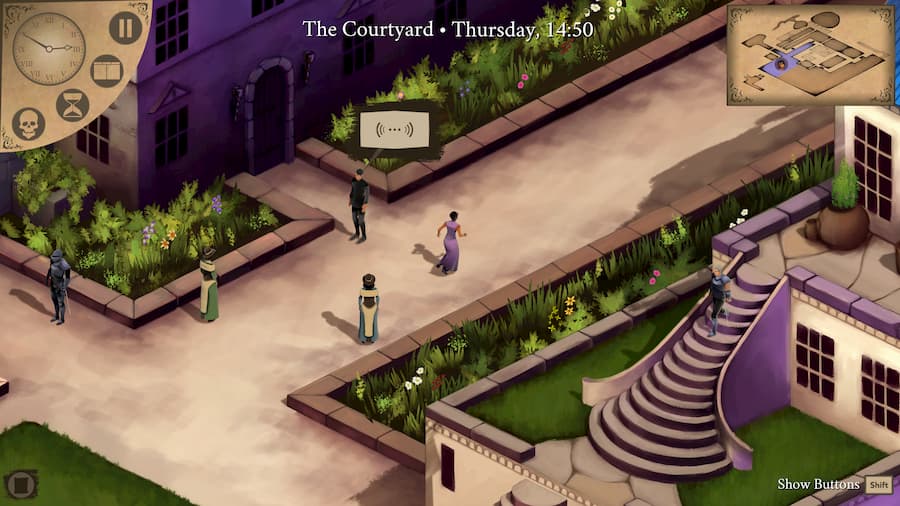 Elsinore’s real strength, however, is how quickly that feeling falls away and you’re forced to face the responsibility of your new-found power. Ophelia may have been in a relationship with Hamlet, the game’s prince, but you’re no longer the most important thing in his life. Through its character routines, which occur whether you’re there or not, the game conveys that, for all your abilities, you’re not at the centre of the world.

In fact, you’re offered precious few clues as to who, if anyone, is the key to breaking the loop. As such, you’re left to experiment and bear the emotional impact of your actions. The masterstroke is that some of the actions you perform, in order to acquire knowledge, aren’t merely unpleasant – they’re downright evil. Yes, telling Hamlet who murdered his father can lead to another gruesome act, but the first time you do so, you can convince yourself it wasn’t really your fault. 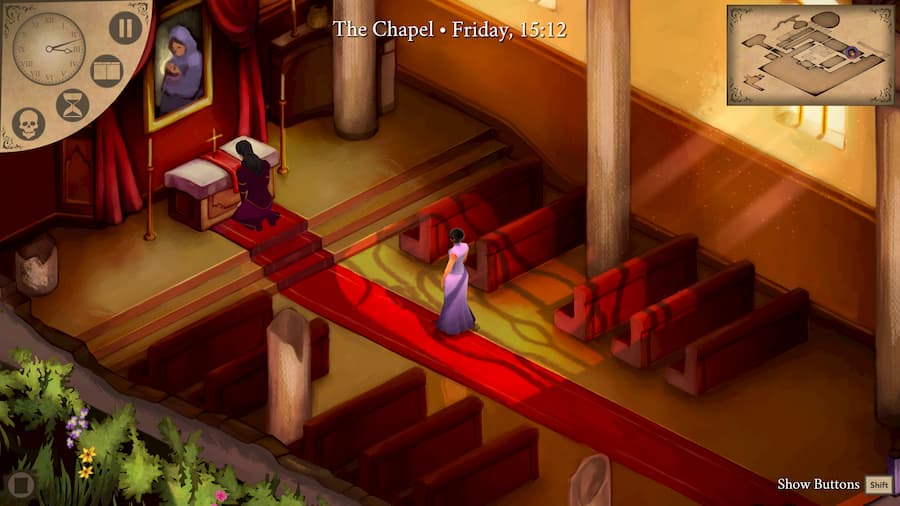 But then there’s the time that, knowing you need a character out of the way, you have the castle’s guardsman arrest them on a false charge. After rifling through your room, you visit them in the dungeon and try to apologise but they’re gone. Not physically; they’re still locked up – but they’re so emotionally wrecked that they’ll never be the same again. Was it really worth it? Twenty loops later, the guilt still haunts you.

Elsinore does dig deeper than Shakespeare’s work and doesn’t assume any knowledge on your part, so going in with relatively little knowledge of the play, as I did, won’t do you any harm. In fact, it’s slightly preferable since you’ll have no knowledge of Hamlet’s default story. The game does sport a few quirks: you can’t lie to characters, for instance, so you can’t calm Hamlet’s troubled mind by telling him you found proof his father died naturally. 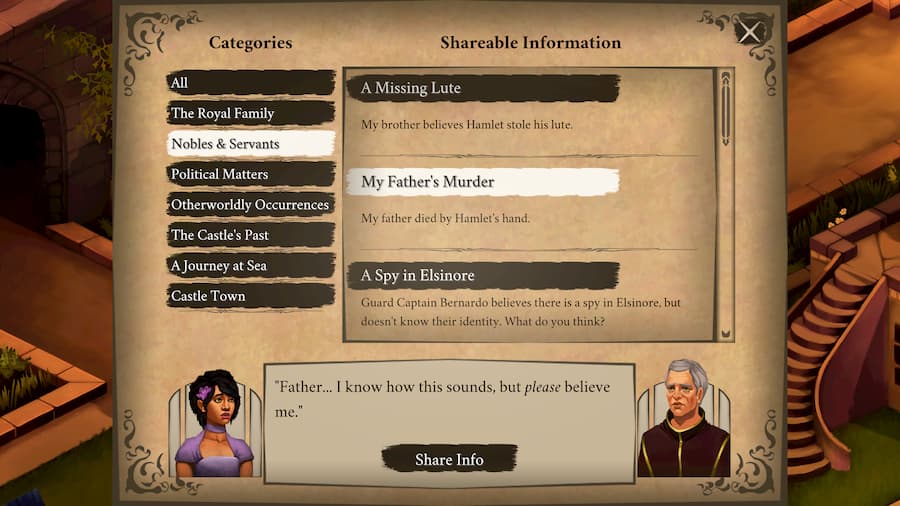 Also, when you observe a meeting between characters, no matter how private the subject of their meeting may be, they’ll typically fail to notice your presence. Though arguably, that’s in line with the nature of Elsinore’s original medium. And these conversations do underline how diverse the characters are; it would have been tempting to just leave them as roaming extras, but they’re all thoroughly fleshed out, with their own motivations and concerns. The era-appropriate and often haunting soundtrack only adds to the atmosphere.

Elsinore can be dry sometimes, particularly when you’re hunting for the next significant step forward. There are moments when you’ll feel Bill Murray’s frustration at reliving Groundhog Day again and again, and repeatedly bumping into Elsinore’s Ned Ryerson analogue (which stops being funny after the tenth encounter). But there’s a lot of joy to be had uncovering Elisnore’s emotionally-loaded secrets and, providing you don’t push it too far, playing characters off against each other. Just don’t expect everyone to get a happy ending.

Elsinore is available on PC.