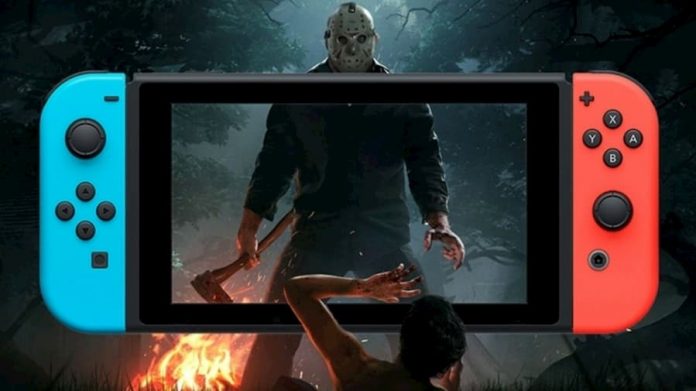 That’s the sound you’re going to hear quite a bit when you load up Friday the 13th: The Video Game.

For fans of the franchise, it’s a familiar sound. For those new to it, what on Earth are you doing playing the video game before watching the movies? My point is, for most of us, Friday the 13th: The Video Game is a dive into nostalgia. You’ll get to jump into the shoes of one of the most well-known slasher movie killers ever as well as those he’s trying to kill. Sounds great, right? Well, it isn’t.

Friday the 13th: The Video Game is a third person multiplayer, survival horror game that was initially released back in May 2017 for PC, Xbox One and PlayStation 4. The game has now released on Nintendo Switch with the Ultimate Slasher Edition, which comes with the base game and all previous DLC. The main crux of the game sees you playing online with other people, filling the roles of either Jason, or one of the counsellors working in Camp Crystal Lake. You can also play offline as Jason against NPC counsellors, and there are also challenge modes that tasks you to complete certain criteria in order to win the round. It’s not all bad, but there’s a long list of things that are. 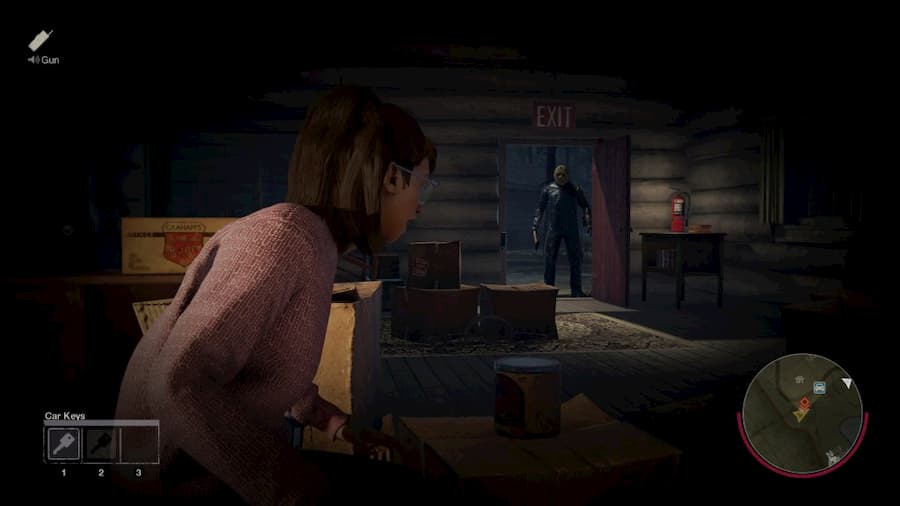 When you’re playing Friday the 13th: The Game as Jason you’ve got one goal and one goal only: murder the counsellors. You’ll have some sneaky ways that allow you to make life more difficult for them, like breaking fuse boxes or destroying phones. You’ll have your creepy mother cheering you along as you go, calling you her “special boy” as if you didn’t know how awesome you are already. Jason moves pretty slowly, but he can run a bit. He has a weapon he can use, bear traps he can lay, and special abilities to call upon. “Morph” allows you to teleport around the map; with “Shift” you will be invisible to survivors and can move much more quickly around the map for a short period of time; “Sense” gives you a better idea of the counsellors’ locations; and “Stalk” mutes Jason’s proximity music (which the counsellors hear when he’s close) and any sound made by the counsellors is intensified for a short period of time.

Playing as Jason should be a lot of fun – but in reality it’s often a frustrating disaster. You can use your abilities to make things a little bit easier for you, but the maps are so large that there’s a pretty big chance that you aren’t going to be able to cover enough ground to find everyone. Especially if you’re playing with lots of counsellors – there can be up to eight in a match. And even when you do find them, unless they’re by themselves or bad at the game, they’re going to get away. Of course, this doesn’t happen every time – I have managed to kill a few of the counsellors in each game I’ve played as Jason – but Jason is pretty easy to gang up on. I once had one counsellor shoot me with a gun, another stab me with a knife and another hit me with a car, all in quick succession. Jeez guys, relax, I’m only trying to murder you! 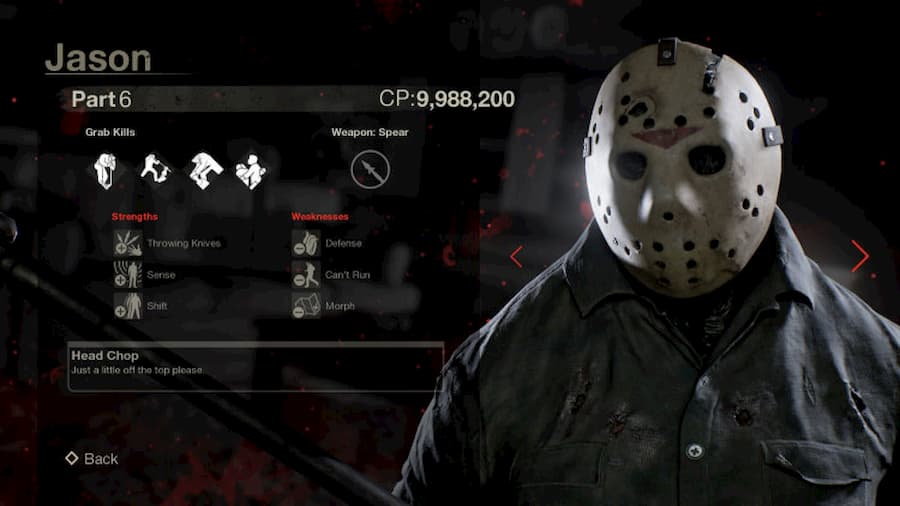 If you aren’t playing as Jason, you’ll be playing as one of fourteen available counsellors. Most of these characters are originals created for Friday the 13th: The Game, but a few of them are faces that fans of the franchise will recognise. Most notable is Tommy Jarvis, who players are able to take control of during the game if certain requirements have been met. Each counsellor has their own set of strengths and weaknesses, so there is some strategy involved in who you pick. Whoever you pick though, the counsellors’ main goal is to survive. You can do this in a few different ways: you can call the police and find them on the map to get away; find all the parts to fix a car and drive away; or simply survive up to the end of the time limit. And finally, you can kill Jason. The catch for that one being that Tommy Jarvis is the only character that can do this.

Playing as a counsellor is the scariest experience of Friday the 13th: The Game – Ultimate Slasher Edition of course, because you have a horrific killing machine chasing after you. It’s also the easiest mode to win. All across the map are items that counsellors can use to hurt, distract or get away from Jason. You can also hide and lock doors. Jason can’t unlock doors; he has to chop them down – but it takes forever, giving counsellors plenty of time to run away. Counsellors can also jump out of windows, which Jason himself can’t do.

Jason and the counsellors all have their own abilities or special items that will unlock as you play, which can be purchased in-game. Changing up abilities can make each game feel slightly different, but never enough to completely change things around. Basically, if you have at least one counsellor in your group who knows what they’re doing and you team up with them, you’re going to live. It means that the entire point of the game – being scared of Jason – is null and void. 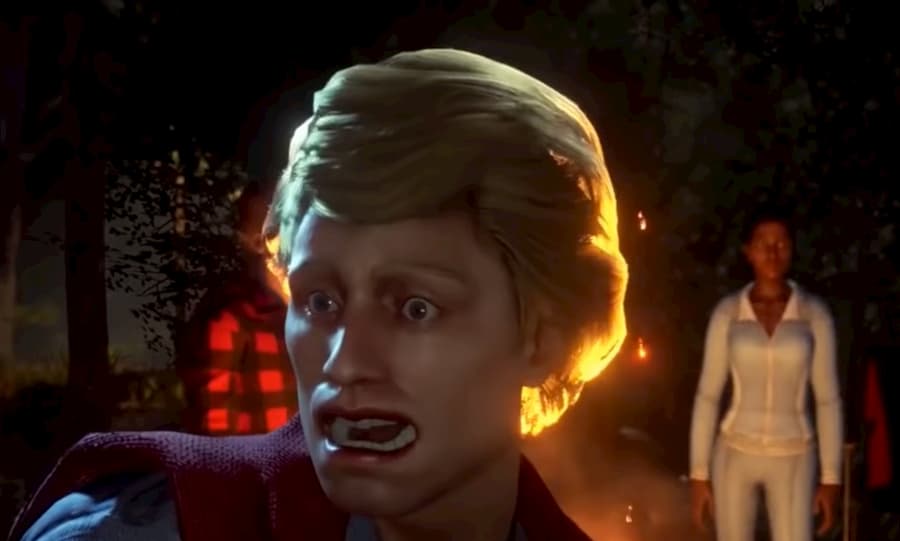 No matter who you play as in Friday the 13th: The Game – Ultimate Slasher Edition though, it isn’t particularly pleasant to play on Switch, especially when playing in handheld mode. The small screen makes it very hard to see what’s going on, especially in dark areas. Even turning both the in-game brightness and the Switch’s master brightness up to maximum didn’t help much. The controls feel clunky and unresponsive; on multiple occasions I had to mash buttons multiple times in order to get the characters to do what I wanted them to. It’s not ideal for a game that requires you to keep your wits about you and react fast when faced with danger.

Most jarring, though, is just how terrible everything looks. The characters are, for lack of a better word, leathery. Their expressions either don’t exist, or are so overly exaggerated that it looks like their eyes and teeth are about to jump out of their skulls. Jason looks fine, but that’s only because you can’t see his face. The foliage and ground textures also pretty poor; the ground in most of the maps looks like one texture of flat leaves, copied and pasted across the entire map. And the trees; well, they look like someone’s idea of what a tree should look like, having never actually seen one in real life. Friday the 13th: The Game – Ultimate Slasher Edition simply doesn’t look like a modern game, and for a game that requires you to fully immerse in its world to really get the most out of it, the sub-par visuals make that very difficult. 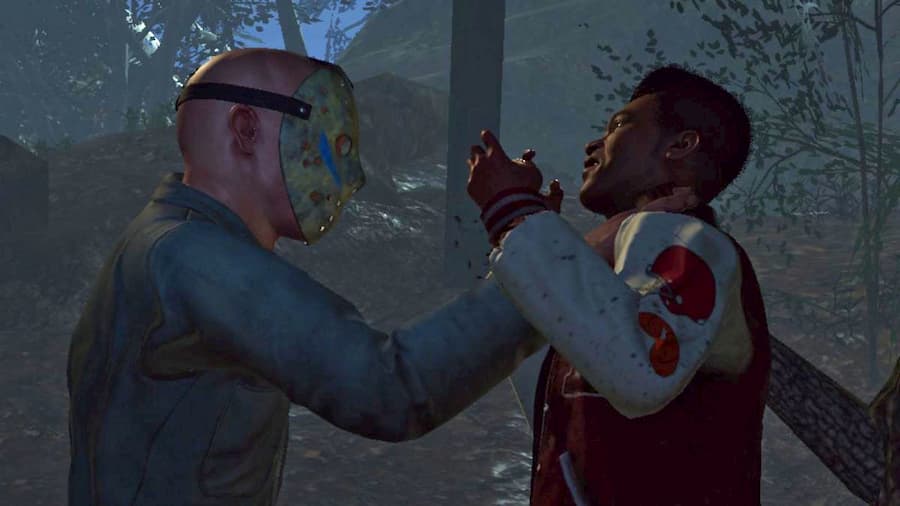 Friday the 13th: The Game’s only redeeming factor is that it is truly fun to play with friends. More often than not, matchmaking teamed me up with a lot of young kids, but if you get a good group of people together with different levels of gaming experience, it can be a hoot. Especially if some of your friends are particularly jumpy and find it genuinely terrifying when you sneak up on them as Jason.

But surely every experience, no matter how terrible, is made better when it’s shared with friends, so it’s hardly a win for the game. Its technical issues, its unbalanced gameplay and its awful graphics make it very difficult to recommend Friday the 13th: The Game – Ultimate Slasher Edition. But what’s perhaps most unfortunate is knowing that there won’t be any updates, changes, or additions coming for the game due to ongoing legal issues with the franchise. Other than (hopefully) a technical fixes, what you see is what you get.

If you’re a die-hard fan of the franchise, you might get a few nostalgic kicks out of Friday the 13th: The Game. But if you’re simply looking for a horror-themed multiplayer, this doesn’t hold a candle to Dead by Daylight, which itself is coming to Switch next month. Do yourself a favour, and pick that up instead.

Friday the 13th: The Game – Ultimate Slasher Edition is available on Nintendo Switch.