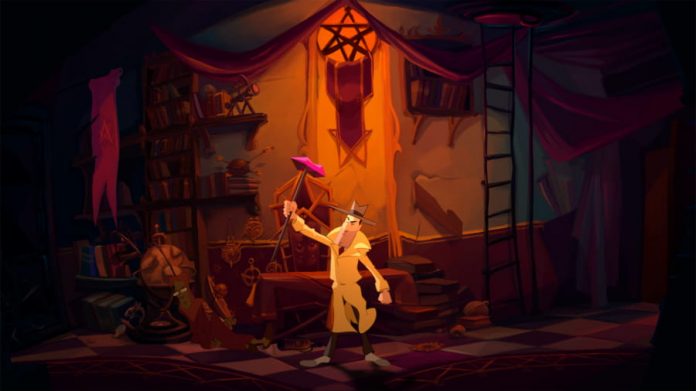 For point and click games to really hold your attention, they either need gripping writing or engaging puzzles.

Gibbous – A Cthulhu Adventure by developer Stuck in the Attic thankfully has both, along with beautiful visuals that bring its humour-laden adventure to life.

In Darkham, danger is afoot. Mysterious cults are frequently popping up, and at least one of them is after the Necronomicon – the book of the dead that is said to hold mysterious power. Keen to make some dough, private investigator Don R. Ketype is the first protagonist you’ll take control of as he heads into Darkham to secure the book. But after making an explosive revelation in the town’s library, players are then thrust into control of Buzz Kerwan, a librarian who’s found himself caught up in one hell of a mess.

Finding himself in possession of the Necronomicon, Buzz Kerwan can’t help but mess with things he doesn’t understand. Foolishly reading a passage from the book out aloud, he inadvertently grants his cat Kitteh the ability to speak. For some reason she’s not too happy about it, and Buzz really isn’t sure about what to do about the book, so together they head to not only hopefully restore Kitteh back to her former self, but also discover the secret behind the Necronomicon’s otherworldly power. 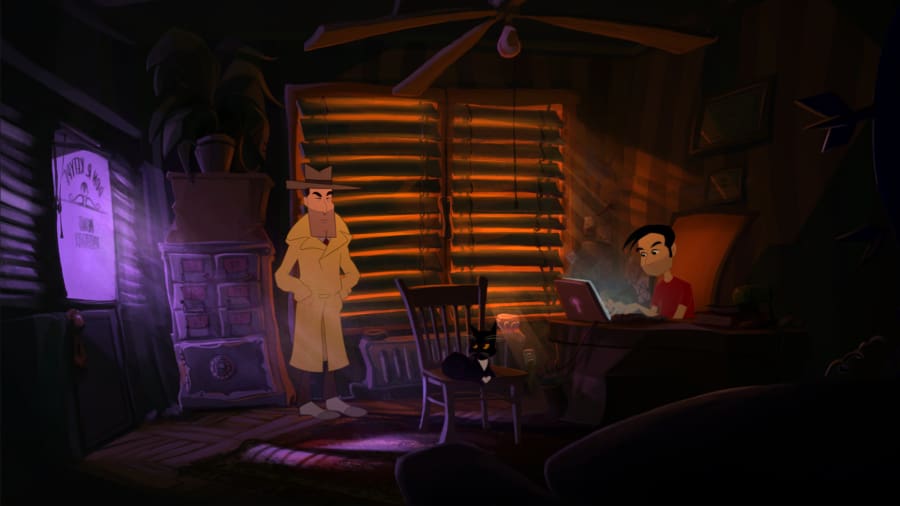 Despite being set in a dark town inspired by Transylvanian architecture, Gibbous – A Cthulhu Adventure is very lighthearted. Dialogue is clever and witty, and there are plenty of nods to classics of the point and click genre. Comedy doesn’t come at the expense of telling a cohesive and thoroughly enjoyable tale, either; it’s in addition to it. Gibbous – A Cthulhu Adventure has a lengthy story to tell, one that might take you a bit longer if you get absorbed clicking on every interactive point you can, and it has dark undertones that give it some depth.

As far as Gibbous – A Cthulhu Adventure‘s gameplay goes, it’s your typical point and click affair. You move between areas, as both Don R. Ketype and Buzz Kerwan, looking for ways to propel the story forward. Sometimes you’ll be scouring environments for clues or objects, other times you’ll be trying to solve puzzles with the items you have in your inventory. And of course, there are a hell of a lot of people to talk to.

Sometimes those who you meet on your adventure need to be won over before they divulge the information you’re hoping to gleam from them. That may require you to manipulate the flow of conversation in your favour, or talk to other people to find out more about them. Some people may even task you with helping them in some way. How you communicate and interact with every person you meet needs to be considered, as in most cases you wont get anywhere by upsetting them. 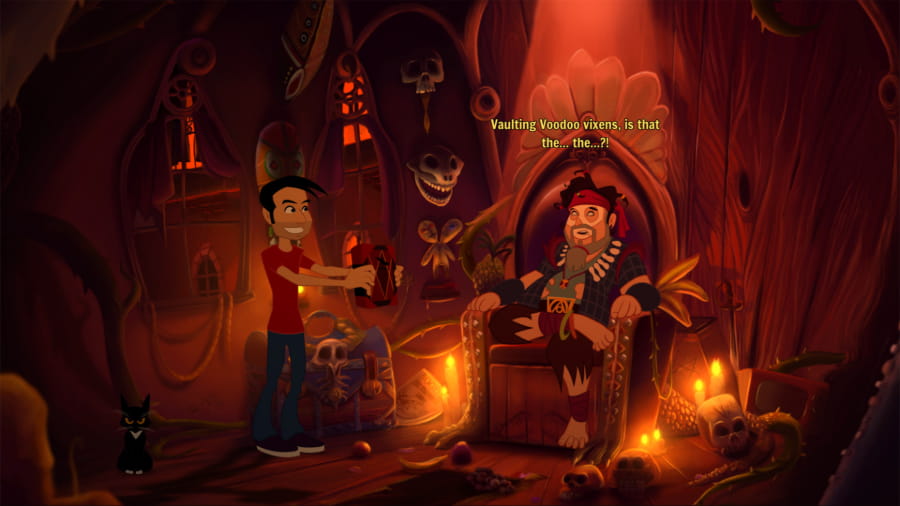 Generally it’s a pleasure meeting new people thanks to the game’s solid voice acting. It’s just a shame that the quality of some recordings is a bit lacking. Buzz Kerwan’s lines, for instance, sometimes sound a little bit distorted, and lines from other characters occasionally sound a bit muffled. It doesn’t draw you out of the experience too much, but you do notice it.

What’s really refreshing about Gibbous – A Cthulhu Adventure is that its puzzles are rarely obscure. You always have a general idea of how a problem should be solved and it largely plays out that way. There’s little, if any, using every item on everything in a desperate effort to progress. If you do manage to find yourself flummoxed, Kitteh is usually at hand to give you some advice. In some cases she’s even the solution thanks to her slender form and feline agility. You can’t just ask her to do everything though – she’s reluctant to complete most tasks unless there’s a good reason for her to do so. She is a cat, after all. 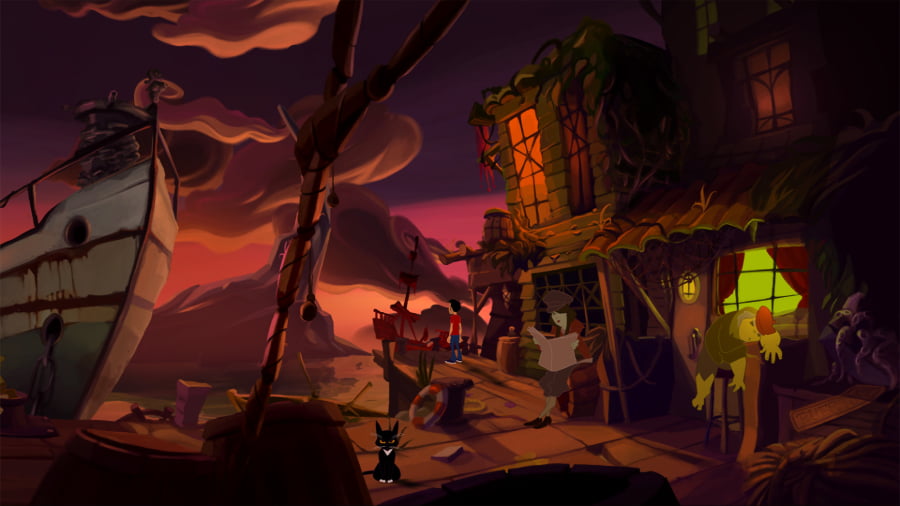 Any point and click fan is sure to be in their element with Gibbous – A Cthulhu Adventure. It’s well-paced and smartly written, has plenty of puzzles to solve, and looks and plays wonderfully. While the game’s resolution can be taken up to the heights of 4K, it doesn’t support ultra-widescreen resolutions. Anyone playing with an ultra-wide monitor will have to get used to black borders or a stretched image.

Forget about the Cthulhu in its title; you don’t need to be a fan of Lovecraft to enjoy this accomplished point and clicker. Gibbous – A Cthulhu Adventure will tickle your funny bones with its dialogue and won’t leave you flummoxed when faced with its puzzles. And because of that it’s fun from beginning to end. It isn’t groundbreaking in any way, but did anyone expect it to be? It’s just yet another very good entry into a genre that remains ever popular.

Gibbous – A Cthulhu Adventure is available on PC. 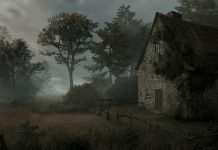