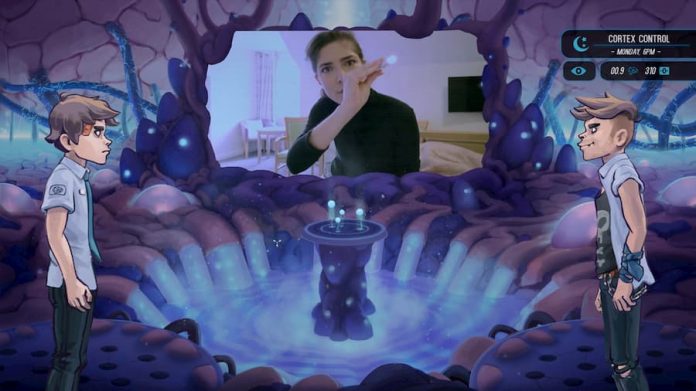 I don’t know about you, but I’ve often wondered about how, exactly, my own brain works.

Where exactly do certain thoughts come from? And why can you remember some things better than others? It’s something that Headspun, a new game from Superstring and Wales Interactive, wants you to think about. You see, your protagonist Ted isn’t an ordinary person: he’s an employee of Cortex. And Cortex isn’t an ordinary workplace; it’s the brain of Theo Kavinsky – a twenty-something man who’s just woken up from a coma.

After being in a traffic accident, Theo’s been asleep for five weeks, and as such, his brain isn’t in the best condition. This is represented by Cortex being in an absolute state of disarrary; corridors are blocked, rooms are on fire, and many of Ted’s co-workers are dead. It’s a poor state of affairs.

Throughout the course of the game, Ted – and his more lively colleague Teddy – must help Theo through his rehabilitation by fixing up key parts of Cortex. It’s not just a case of getting Theo back on his feet though; they also need to help him work out exactly what happened the night of the accident. Theo has lost his memory – and as a result, Ted and Teddy have too – and so part of Cortex’s recovery means getting the Memory Bank back up and running, and filling in the missing gaps.

What’s most interesting about Headspun is how it’s delivered. Cortex is beautifully animated with a hand-drawn cartoon style. You take control of Ted, exploring the corridors and various rooms in a 2D sidescrolling fashion. But Theo – well, Theo is a real person. And Ted and Teddy can view what Theo sees in the form of various first-person FMV scenes. These real-life video scenes play out while Ted and Teddy are in the ‘control room’; they can see what Theo sees and, as the overseers of his brain, can control what he does or says. 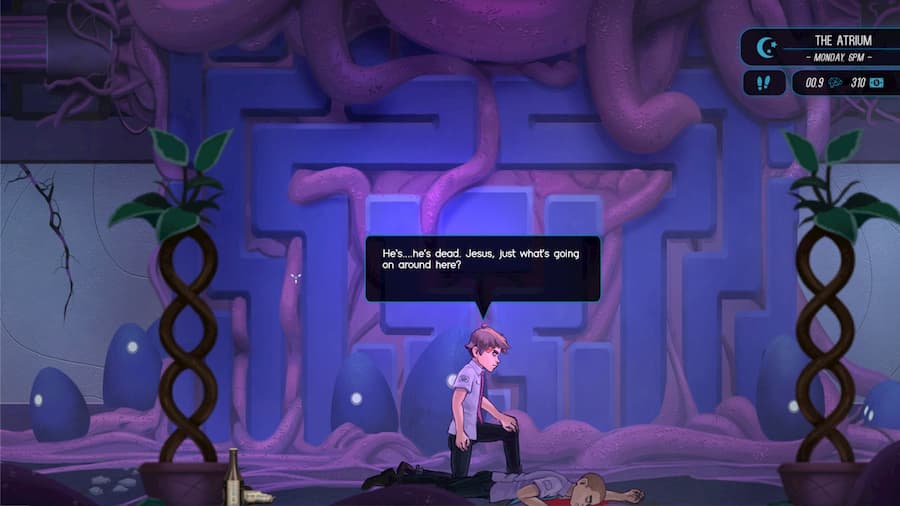 These FMV cutscenes are drip-fed to you throughout the game, slowly unravelling more about Theo, about the accident, and about his life leading up to this point. It becomes quickly apparent that Ted and Teddy have very differing opinions about how Theo’s life should be. Ted represents the pragmatic, success-oriented side of Theo’s brain; Teddy is more concerned with creativity. Unfortunately, Ted’s opinion carries the most weight in Cortex, which means Theo’s dreams of creating comic books have been pushed aside for a soul-crushing corporate job.

Getting Cortex back up and running plays out a little like a basic management sim. Through Theo’s viewpoint FMV, you’ll carry out certain minigames – basic crossword puzzles, ‘reading’, solving number puzzles, or simply resting – each earning you a certain amount of points. Those points can be used to unlock the ability to fix up rooms, which you’ll need to hire and assign staff to do. As more rooms become functional, you’ll also progress the story, learning more about the day of Theo’s accident. 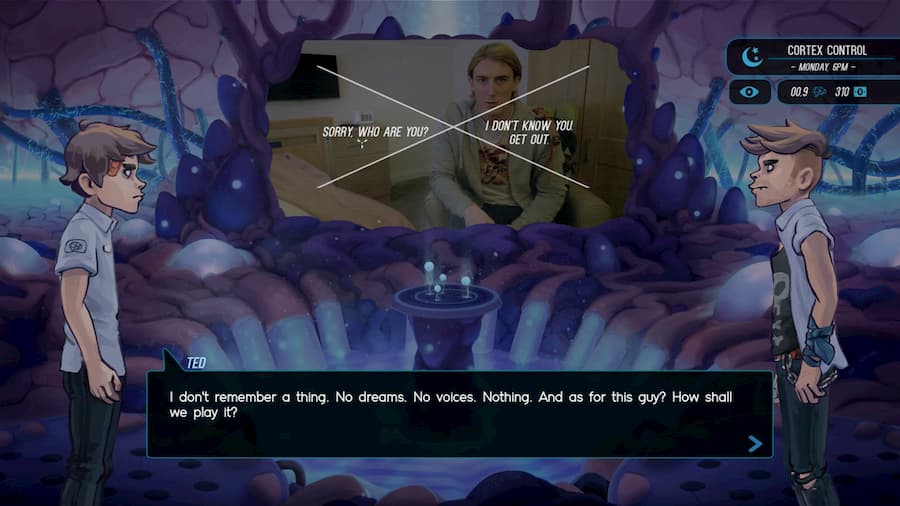 Although rather brief, Headspun‘s narrative is enough to captivate. Its acting is hardly cutting-edge, and for some reason one of the actors’ dialogue audio sounds overblown compared to the rest, but you’ll want to keep watching. While you may never quite learn enough about Theo to truly care about him, you’ll likely be interested enough to keep playing. As you’re drip-fed new information, it really does make you think about the power of the brain and the struggle that many of us have faced in life: having to spend our time in a job that pays the bills rather than chasing the creative endeavours that make you happy.

That’s perhaps the most powerful thing about Headspun; it has an extremely human perspective despite its often silly, cartoonish art style. It deals with real matters in human life; problems many of us have faced regularly, and puts a humorous face to them. Every single one of us has a Ted and Teddy inside our heads: one thought process that’s concerned with serious matters, and another concerned with frivolity and creativity. Which one wins out depends on the person, but Headspun does a fine job of arguing a case for both. 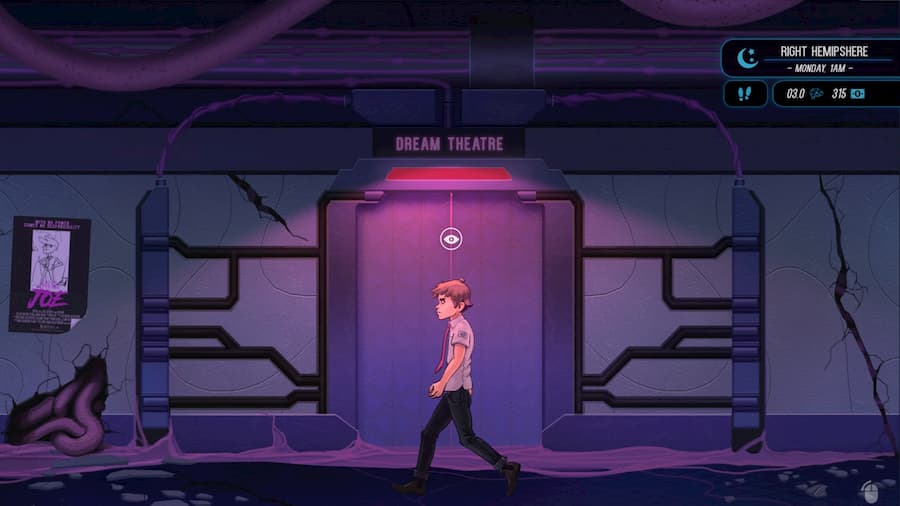 It’s a shame, then, that Headspun is let down by a number of unfortunate bugs. Gladly, some of the issues have already been patched out, but some ugly technical issues still persist. Options become inexplicably unselectable, for instance, and two-choice menus have a forever-cycling marker so you have no discernable way to know which one is selected and which one isn’t. Subtitles contain numerous errors, and often pressing a button to skip through dialogue will also interact with whatever game element is below the text box, putting you in a frustrating loop. Headspun needed much more time in QA before it was released. There’s still hope for the issues to be patched out, and I hope they do, but it’s unfortunate for people who’ve jumped into the game straight away.

Thankfully, Headspun is still playable for the most part – the bugs just take away from some of the enjoyment. Cortex is fun to explore, and seeing the place come back to life provides a rewarding sense of progress. The FMV cutscenes, too, while rough around the edges, are engaging, and you’ll be keen to see where the narrative takes you. With its unique ideas and presentation, Headspun stands out for trying to be different, and for that it should be celebrated. It’s just disappointing that it wasn’t given that last coat of much-needed polish.

Headspun is available on PC, PS4, Xbox One and Switch. We reviewed the Xbox One version.