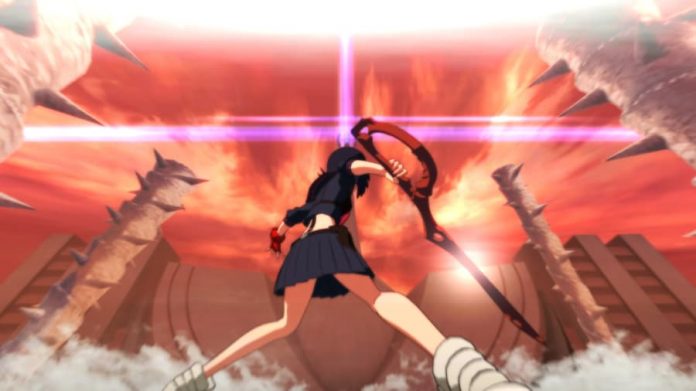 For fans of the anime it’s based on, Kill la Kill: IF is likely to be irresistible. But chances are, only a few will be truly satisfied by it.

Developed by A+ Games and published by Arc System Works, Kill la Kill: IF is a 3D brawler with a story mode that allows you to play as both Satsuki Kiryuin and Ryuko Matoi, characters who will be very familiar to those who have watched the anime. But thanks to the game’s “what if?” scenario rather than carrying on where the anime left off, even those who aren’t aware of what Kill la Kill is all about may get some enjoyment out of it. And it’s a good job, because you’re pretty much forced to play it.

You see, to unlock all the modes that Kill la Kill: IF has to offer, you first have to reach the end of Satsuki Kiryuin’s story. That takes about two and a half hours unless you skip all the story scenes, in which case it’ll take about an hour. You can then begin to play through the story from Ryuko Matoi’s perspective, or dive into the new modes that you’ve unlocked. Completing the game’s story mode in its entirety will take about five hours, and once you’re done it’s highly likely that you won’t return to it. There’s not really any reason to unless you want to get the best rank in every battle.

Thankfully, in addition to Kill la Kill: IF‘s story mode, you eventually gain access to tutorial, training, survival challenge and cover challenge modes in the practice menu, and free battle, player match and ranked match modes in the versus menu. All in all, it’s about what you’d expect to find in a fighting game really, and nothing more. But what’s really disappointing is that there are only six stages in which to do battle, and a roster of only eight characters. 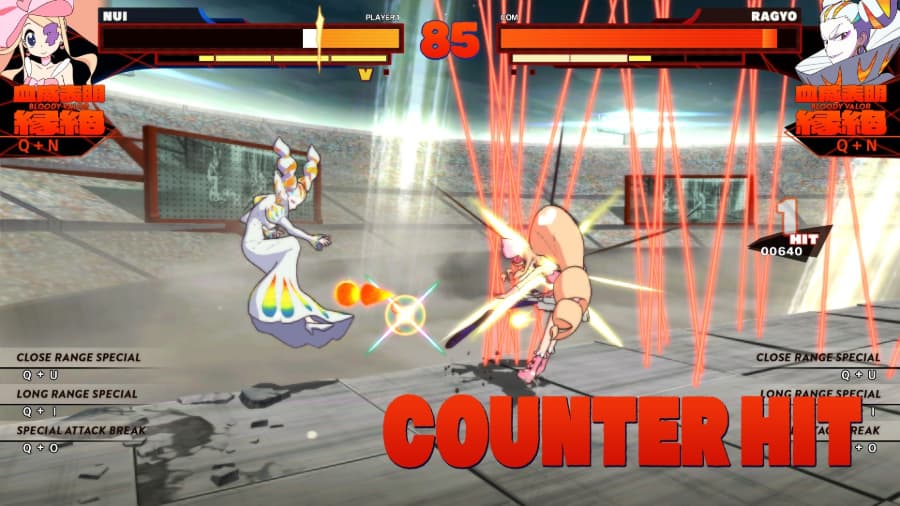 For a full price game, Kill la Kill: IF just feels tragically light on content. And it’s a shame, because the fighting can be fun. Characters have access to short and long range attacks, and a guard break can be performed which you can follow up with a chase. There’s also a gauge that powers three special attacks as well as a Valor attack that draws competitors into a rock, paper, scissors-style standoff if it hits. Win three of them in a row, and you’ll find yourself powered up. It doesn’t stray far from the typical anime fighter template, but it’s fast-paced and flashy enough to be thoroughly entertaining.

Within Kill la Kill: IF‘s story mode, however, combat is occasionally not just a one-on-one affair, and it becomes a bit of a mess. Sometimes you might find yourself fighting against multiple capable opponents at once, and you’ll hate the fact that you can’t lock onto a specific opponent. You might also get annoyed by the constant spamming of sizeable ranged attacks. Other times you might find yourself up against a whole screen full of generic fighters called Covers, and will simply get bored hammering away at them. And during all of these unfair fights, you’ll rue the camera that just fails to give you an adequate view of the action.

I’ve been playing Kill la Kill: IF on PC and unfortunately it’s not a great port. A configuration box pops up each time you launch the game, and the options you’re presented with are scant. There are only three resolutions to choose from, with 1080p being the highest you can go. And aside from being able to turn shadows, HDR Rendering and anti-aliasing on and off, the only other option you’ve got is the particle rendering quality. Needless to say, it leaves a lot to be desired. 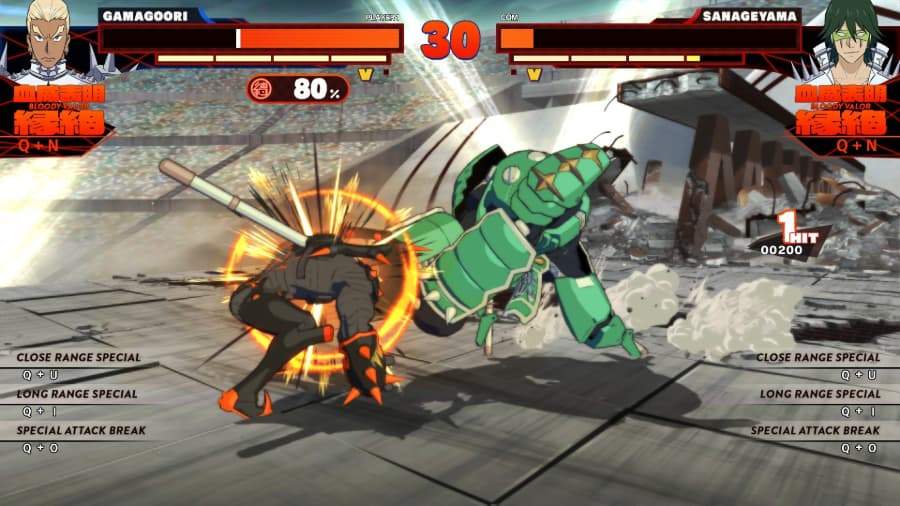 Thankfully though, Kill la Kill: IF still looks fairly nice. The game’s combatants look just like like their anime counterparts, oozing with style. Arenas are a mixed bag, though. A few are decent, but the rest are bland and empty, with blurry textures that give the game a bit of a budget look. Still, if you’re planning on playing it on a 1080p monitor you won’t really have much to complain about. It’s just those with ultrawide or monitors capable of going beyond 1080p that will be disappointed. I played it on a 4K TV, for example, and I found that the image was very soft.

Also of note regarding the PC version of Kill la Kill: IF is that while you may be able to eke some hours of fun out of its accompanying modes, finding online battles isn’t always easy. After a few attempts I haven’t been able to find a player match, though I have been able to jump into some ranked matches. The good news is that if you are able to find a match, battles play out smoothly if you have a decent connection.

Limited PC graphics settings aside, Kill la Kill: IF isn’t a bad game; its just not worth its asking price. After you’ve spent five hours making your way through its story mode, a  paltry eight characters and six stages aren’t likely to keep your attention for too long, especially if you don’t plan on playing online. And even if you do take the action online, chances are you’re not going to encounter much competition. All style and no substance, Kill la Kill: IF is mostly fun while it lasts, but leaves you wanting more.

Kill la Kill: IF is available on PS4, Switch and PC. We reviewed the PC version.

Want to support GameSpew? Buy Kill la Kill: IF using our Amazon affiliate link. It won’t cost you anything extra, but we’ll get a small slice of the purchase. 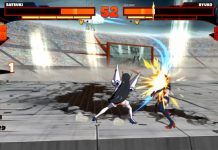