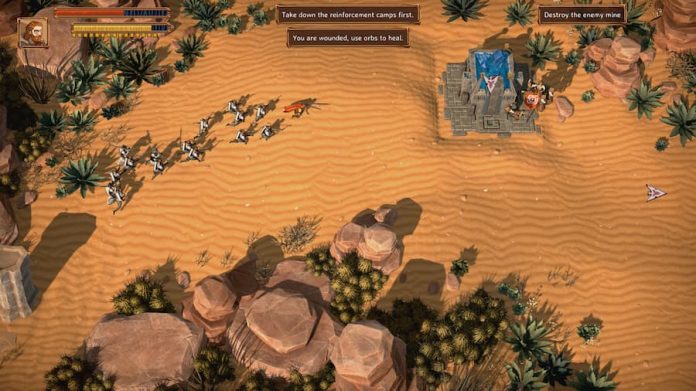 Released on Steam Early Access in May, action-strategy game Lornsword Winter Chronicle is now invading our consoles, coming to PS4 and Xbox One in October.

Lornsword Winter Chronicle, from Tower Five, places you in direct control of your protagonist, a Lornknight named Corun who commands the forces of a fortified town in a harsh icy lanscape.

The story-driven fantasy adventure from Tower Five combines real-time strategy with action gameplay to create a unique experience, designed with gamepads in mind.

You must organise your troops, balance your resources, and guide Corun through the unending struggle for dominance between rival factions. In a violent world of deadly blades and dark magic, you need to be constantly thinking ahead if the town of Tulza is to survive.

The RTS genre is generally quite underrepresented on consoles, and Lornsword Winter Chronicle also features drop in local co-op, making it an unlikely option for couch co-op fans. The console release will coincide with the game coming out of early access on Steam. You can watch the console release trailer below.