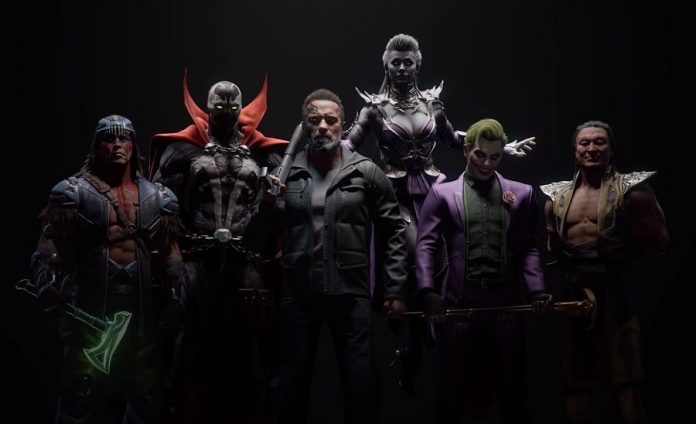 We now know all the characters that are going to join the roster of Mortal Kombat 11 as part of the Kombat Pack. And their names aren’t too surprising.

With Nightwolf just released as part of the Kombat Pack, the next character to join Mortal Kombat 11 is The Terminator T-800. Featuring the likeness of Arnold Schwarzenegger from the upcoming Terminator: Dark Fate movie, if we don’t get to hear him say “I’ll be back!” in the game we’ll be disappointed. Those with the Kombat Pack will be able to play as him from the 8th October. Everyone else will have to wait until the 20th.

Next up, fan favourite Sindel will be joining the game on 26th November for those with the Kombat Pack. She looks just as evil as ever.

On 28th January, another guest character joins the Mortal Kombat 11 roster: DC super villain The Joker. He looks a bit like someone cosplaying as The Joker, but we’re still excited to see what he brings to the table in a game made for adults. He always felt a bit neutered in Injustice.

And finally, the previously announced Spawn will be completing the Mortal Kombat 11‘s Kombat Pack. He arrives on 17th March for those with early access.

We’re disappointed that Ash from Ash vs Evil Dead hasn’t been announced, but we’re hopeful that he might be added in the future. There’s bound to be a Kombat Pack 2, after all.

You can check out the roster reveal trailer below to catch of glimpse of all the upcoming characters.