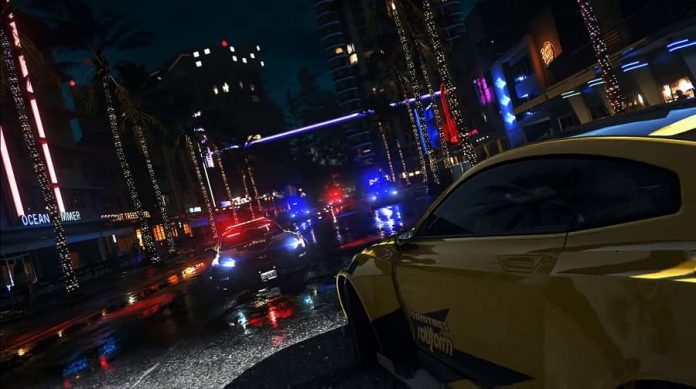 It was no secret that a new Need for Speed game was on the way, but now we have a name and a good idea of what it’s going to offer.

Launching on 8th November on PS4, Xbox One and PC, Need for Speed Heat will let you run riot in Palm City. During the daytime, you’ll be competing in the Speedhunter Showdown – a legitimate event that carries a huge cash prize. When the sun goes down, however, you’ll be partaking in races that are much less legal. Needless to say, the police are likely to get involved.

This two-pronged approach to gameplay clearly takes inspiration from past Need for Speed titles. The trailer indicates that car customisation is going to play a big role, so at night the game is likely to be reminiscent of Need for Speed Underground. During daytime, the more organised and professional nature of events is going to make the experience feel more like Need for Speed ProStreet. That’s a combination that’s good by us.

Need for Speed fans will be happy to hear that the time of day can be changed by simply heading to your garage; you won’t have to wait around if you just want to get on with illegal nighttime street races. The Speed Cards from Need for Speed Payback have also been done away with – customisation options and upgrades are simply earned by completing events.

All signs point to Need for Speed Heat being a return to form for the series, and more information about it will be revealed during Gamescom: Opening Night Live. It’s even going to have a new handling model, apparently.

You can check out the reveal trailer for Need for Speed Heat below.

Related: The 10 Best Need for Speed Games of All Time